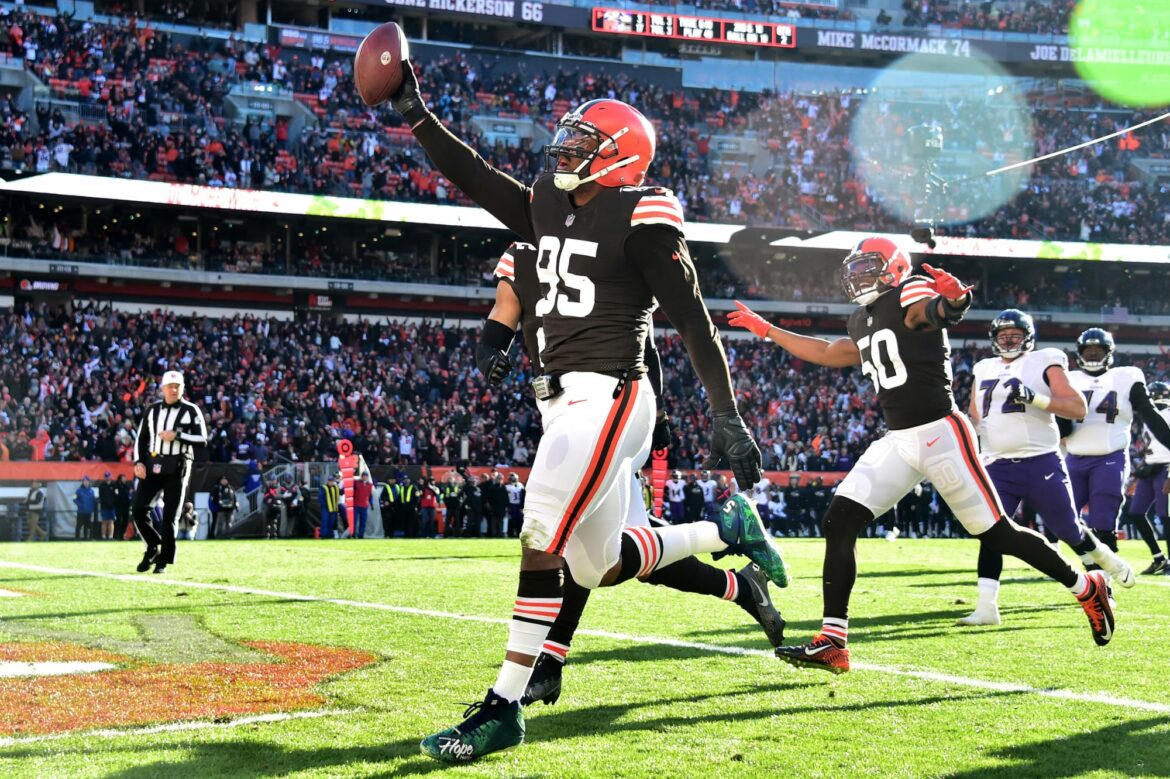 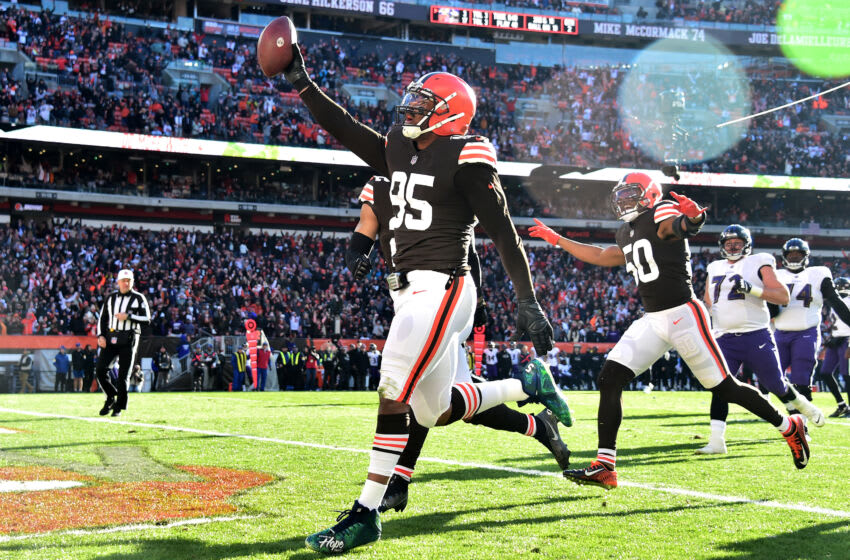 CLEVELAND, OHIO – DECEMBER 12: Myles Garrett #95 of the Cleveland Browns celebrates after running the ball in for a touchdown after a fumble recovery in the second quarter against the Baltimore Ravens at FirstEnergy Stadium on December 12, 2021 in Cleveland, Ohio. (Photo by Jason Miller/Getty Images)

Some members of the NFLPA are reportedly calling for the season to be put on pause due to an increase in COVID-19 cases.

An increase in COVID-19 cases has caused some concern amongst members of the National Football League Players Association. While some members of the NFLPA have pushed for the game between the Las Vegas Raiders and the Cleveland Browns to be postponed, some reportedly want the season to be put on pause for a little while.

According to a tweet from ProFootballTalk, the Players Association is “aggressively pushing” for the game between the Raiders and Browns to be postponed to a later date.

Because of the increase in COVID-19 cases, the Players Association is apparently concerned about the safety of NFL players. Along with that, due to the number of players who might have to sit out due to COVID-19, the union is also concerned about “game integrity,” according to the tweet.

Also, the NFLPA is currently pushing aggressively for a postponement of the Raiders-Browns game on Saturday. Some in the union believe the entire season should shut down for a week. The union is concerned about player safety and game integrity.

The NFL is definitely having to deal with a pretty sizable issue. It’s not shocking that the NFL Players Association would start examining options to help protect the health of the players and also the integrity of the game.

Teams that have outbreaks are definitely going to be adversely impacted by having to sideline players.

That could very easily result in a loss, especially if a team like the Browns has its roster impacted in a significant manner. With the way many teams are competing for a spot in the playoffs, the concerns of the integrity of the game make sense.

It remains to be seen exactly how this will all play out.

Will the NFL put its season on pause to allow teams dealing with outbreaks an opportunity to get a better handle on the situation and allow for players to rest, recover, test negative, and then return to their team?