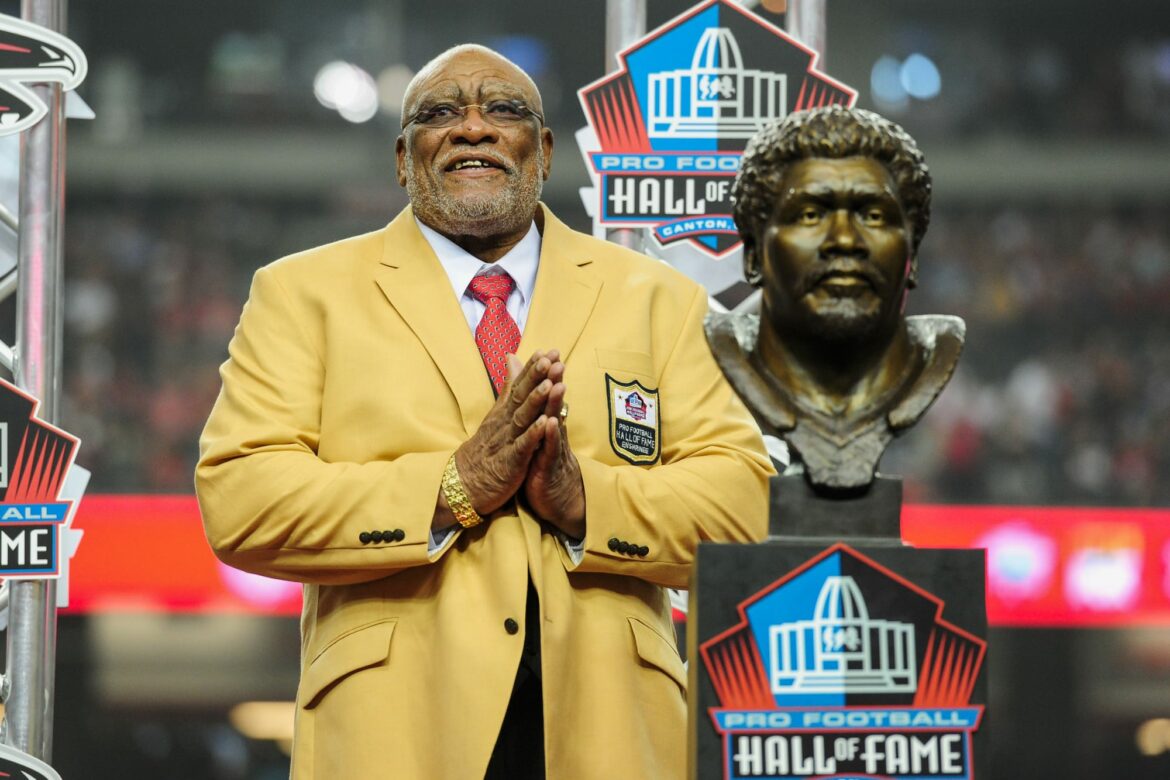 Atlanta Falcons fans are in mourning over the passing of hall of fame defensive end Claude Humphrey.

Former Atlanta Falcons superstar pass-rusher Claude Humphrey passed away at the age of 77 on Friday night.

Humphrey played in the NFL for 13 seasons over 14 years, primarily with the team who drafted him No. 3 overall out of Tennessee State. While the Falcons were very much an expansion team during his prime, Humphrey made six trips to the Pro Bowl during his 11-year run in Atlanta. He was a two-time First-Team All-Pro and the 1968 Associated Press Defensive Rookie of the Year.

“We are saddened by the passing of Claude Humphrey and send our prayers out for his family and friends in this difficult time,” said Falcons owner Arthur Blank in a statement. “Claude made an indelible impression on so many from Memphis to the Falcons and across the NFL with his leadership and tenacious approach on the field. His Falcons legacy was cemented as a forever memory with induction into our Ring of Honor and he will be greatly missed. May he rest in peace.”

Humphrey was inducted into the Falcons Ring of Honor, earning Canton enshrinement in 2014.

Humphrey never played in the NFC playoffs during his Atlanta tenure. While he was the featured pass-rusher on the iconic 1977 Grits Blitz defense, that team missed out on the postseason due to its hit-or-miss offense. After only playing four games in 1978, he finished out his career with the Philadelphia Eagles, playing on the team that made it all the way to Super Bowl XV in 1980.

While he eventually got his due in Canton, a big reason Humphrey had to wait so long was that he played for a losing organization in an era where sacks were not an official stat. He is credited with 130 unofficially, including nine seasons with double digits. Though he is a legend in Atlanta and his native Memphis, Humphrey goes down as one of the most underrated playmakers in NFL history.

Atlanta does not have many Pro Football Hall of Famers, but Humphrey remains the Falcons’ gold standard when it comes to getting after the quarterback.