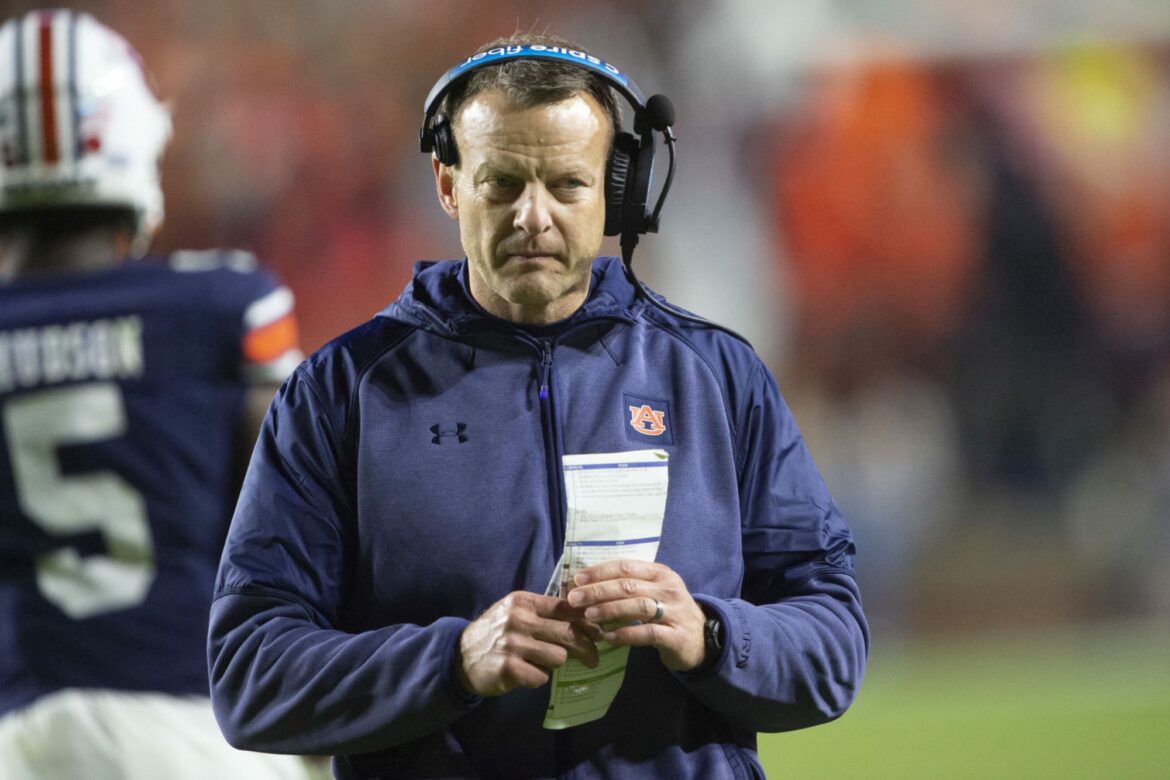 Bryan Harsin will reportedly get a second year to lead the Auburn football program.

Somehow, someway, Bryan Harsin will get a second season at the helm of the Auburn football program.

ESPN’s Pete Thamel and Chris Low reported on Friday morning Auburn intends to keep Harsin as its head coach. In his first year down on The Plains, Auburn went 6-7. Not only were they worse than two years ago under former head coach Gus Malzahn, but Harsin’s first year with the team was mired with controversy. From a mass exodus of players and staff, Auburn is in a rough place.

Even if Auburn could not find enough evidence to fire him for cause, he and the entire program have been put in an impossible situation where they are just simply delaying the inevitable.

From me a @ClowESPN: Auburn officials are expected to announce today they are keeping coach Bryan Harsin.

This feels like the administration doubling down on a bad hire in an attempt to save face. Harsin had very little Power Five experience before taking over at Auburn. While some players like him, others could not stand him. Why do you think so many players have ventured east to Orlando to go play for Malzahn at UCF? Not only that, but Auburn has an absolutely brutal 2022 schedule.

The Tigers are losing at rivals Alabama and Georgia, and that is not really up for debate. They have to play both Mississippi schools on the road and draw Arkansas, LSU and Texas A&M at home. Their easiest conference game is home vs. Mizzou in late September. Add in hosting Big Ten contender Penn State, and there is a strong chance Auburn does not go bowling this season.

Ultimately, grit is only going to go so far at Auburn. Harsin’s first full recruiting class at Auburn did not move the needle. The Tigers needed to get players rival teams like Alabama, Georgia and LSU coveted, and they did not do that. Not only that, but Auburn is without debate in the worst spot of any team in the SEC West entering this season. Things could get so toxic by the Oct. 29 bye week.

It may have been too late into the offseason to effectively replace Harsin, but 2022 is going to be another lost year for the Auburn football program, and everybody outside of Auburn can see that.