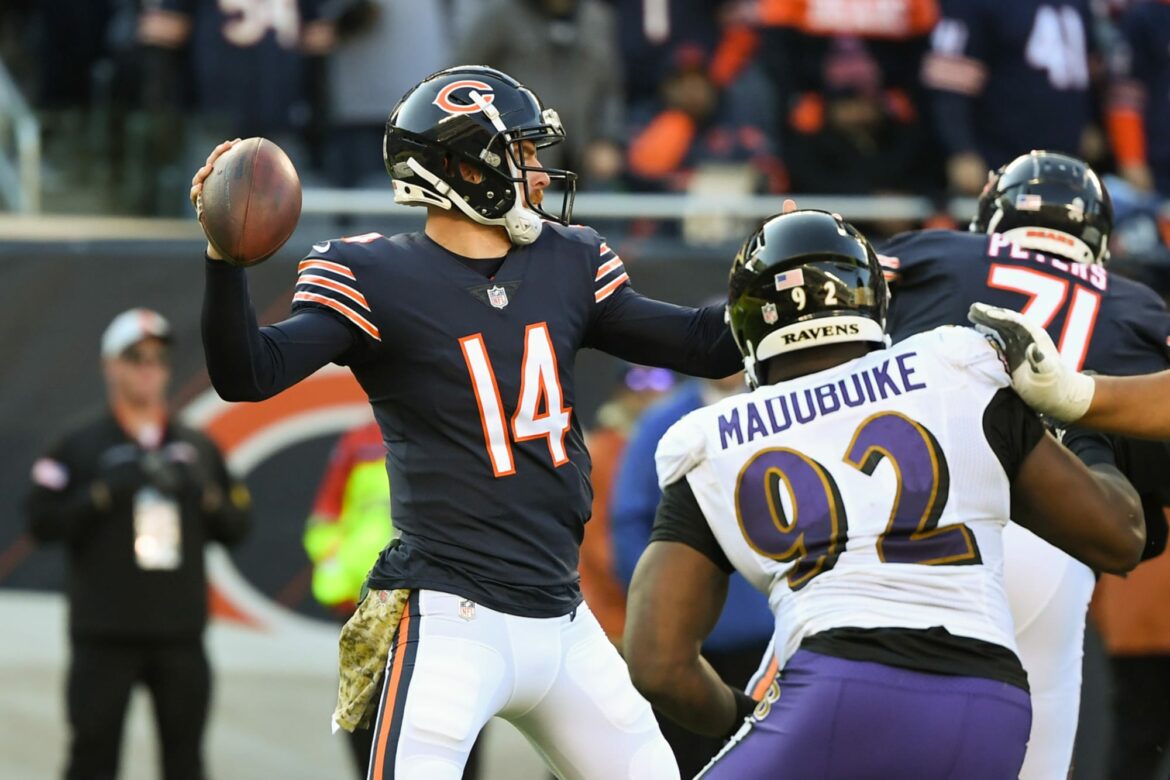 Bears fans hoping to enjoy Thanksgiving may not want to turn on the game against the Lions as Chicago won’t have Justin Fields under center.

Despite the overall struggles of the Chicago Bears this season, fans have been able to hang their hats on rookie quarterback Justin Fields and the flashes he’s shown amid less than ideal circumstances. With Thanksgiving approaching, it was one thing that fans could certainly be thankful for.

On actual Thanksgiving Day as the Bears face off with the NFC North-rival Lions, however, there will be very little thanks being given regarding the team on the field.

After Fields was forced out of Sunday’s loss to the Ravens with bruised ribs that forced the team to evaluate the rookie’s spleen, the short turnaround to playing on Thursday will keep him off the field, meaning that Andy Dalton will get the start against Detroit, per Ian Rapoport.

Sources: #Bears QB Andy Dalton is expected to start on Thursday, with Justin Fields dealing with a rib injury. He spent the day undergoing further testing, and the turnaround is too quick.

Andy Dalton starting for Bears on Thanksgiving vs. Lions

Obviously, things could be worse for Chicago as Dalton, as frustrating as the veteran has been handled this season by head coach Matt Nagy and in relation to Fields, is still a passable veteran starter.

Moreover, he came into Sunday’s game against Baltimore and gave the Bears every chance to win with an admittedly strong showing on Dalton’s part.

Despite that, though, it has to be immensely frustrating for fans to be consistently bombarded with Dalton when all they want is to see the future in Fields. Yes, this isn’t just Nagy’s decision this time as injuries are forcing the rookie to the sidelines but it’s certainly not the ideal way for Bears fans to be spending their Thanksgiving, the football-watching portion of the day in particular.