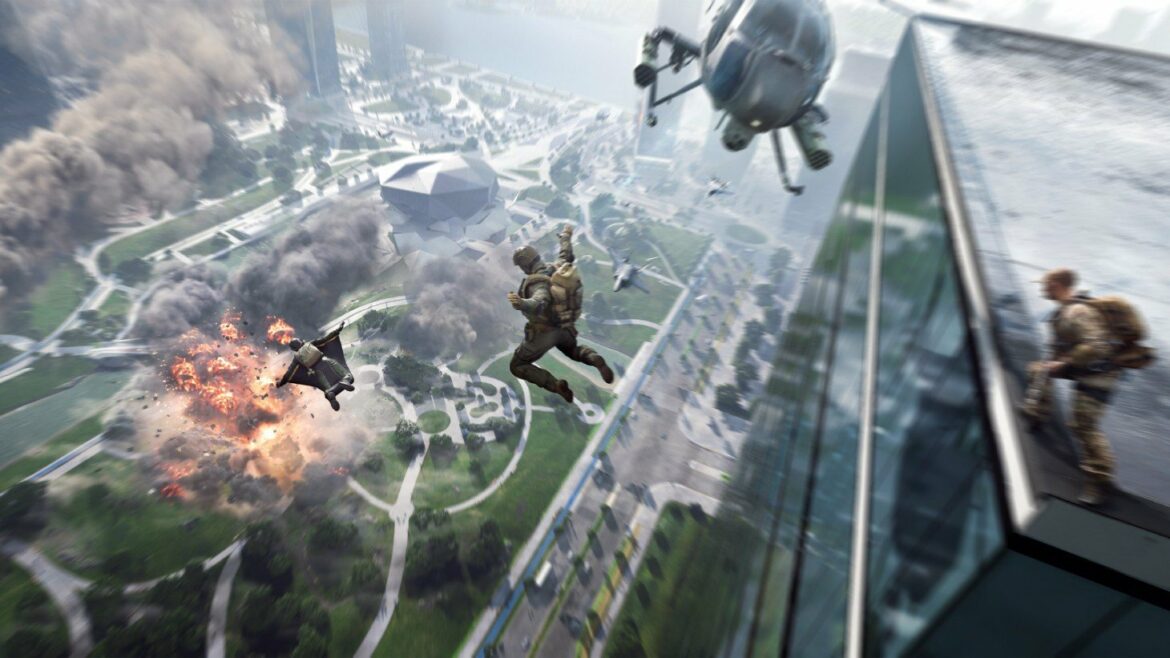 Battlefield 2042 pre-load will soon be available for PC and PlayStation players as well as Xbox owners. If you want to download the data as soon as possible, check out the BF 2042 pre-load time for each platform here.

Battlefield 2042 is just around the corner for all EA Play or Xbox Game Pass Ultimate subscribers. Similar to every Electronic Arts title, Battlefield 2042 will also allow you to play it for up to 10 hours for free using your EA Play subscription features.

CHECK THIS OUT: Battlefield 2042 Pre-Load Date and Time on Xbox Consoles

During the Early Access period, you will get access to the full game and all your progress will be carried over to the game when it launches worldwide. Battlefield 2042 was supposed to launch later in October but EA decided to delay over a month to polish things and add more community-asked features.

With the Early Access for Battlefield 2042 starting from November 12, players will be able to pre-load the game on November 10. Below, you can check the exact time for pre-load on each platform.

Pre-load begins on November 10 at 12 am local time.

Pre-load is already available from November 6.

You can grab one month of EA Play subscription for $3.99 on PC, PlayStation, or Xbox. The PC version of the service is available through Origin, EA Play Desktop App, and Steam.

Keep in mind that even if you don’t have EA Play subscription, you can still pre-load the game if you have already pre-ordered it.