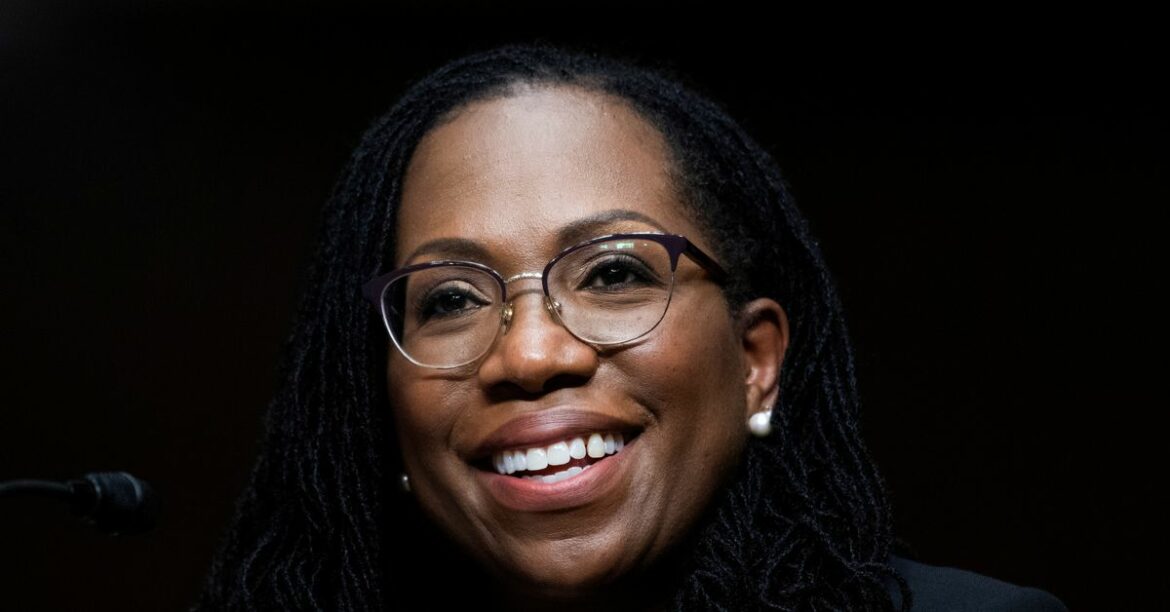 Jackson, 51, could serve in lifetime post for decadesBiden urges the Senate work to confirm Jackson quickly

Biden picked Jackson, 51, for a lifetime job on the high court to succeed retiring liberal Justice Stephen Breyer, setting up a confirmation battle in the closely divided Senate. Jackson’s nomination fulfills a campaign promise Biden made two years ago to the day to deliver the historic appointment.

Biden appeared at the White House with Jackson and Vice President Kamala Harris, the first Black person to hold that office after he chose her as his 2020 running mate.

“For too long, our government, our courts haven’t looked like America.

She thanked God “for delivering me to this point in my professional journey. My life has been blessed beyond measure. And I do know that one can only come this far by faith.”

Jackson would become the sixth woman to serve on the Supreme Court, which currently has three female justices. read more

Any political benefit for Biden with the historic nomination could be diluted by the Ukraine crisis.

Ketanji Brown Jackson, nominated to be a U.S.Tom Williams/Pool via REUTERS/File Photo

Jackson’s nomination gives Biden a chance to shore up support among women, minorities and liberals ahead of the midterm elections.

The Supreme Court will rule in the coming months in cases that could curb abortion rights and expand gun rights.