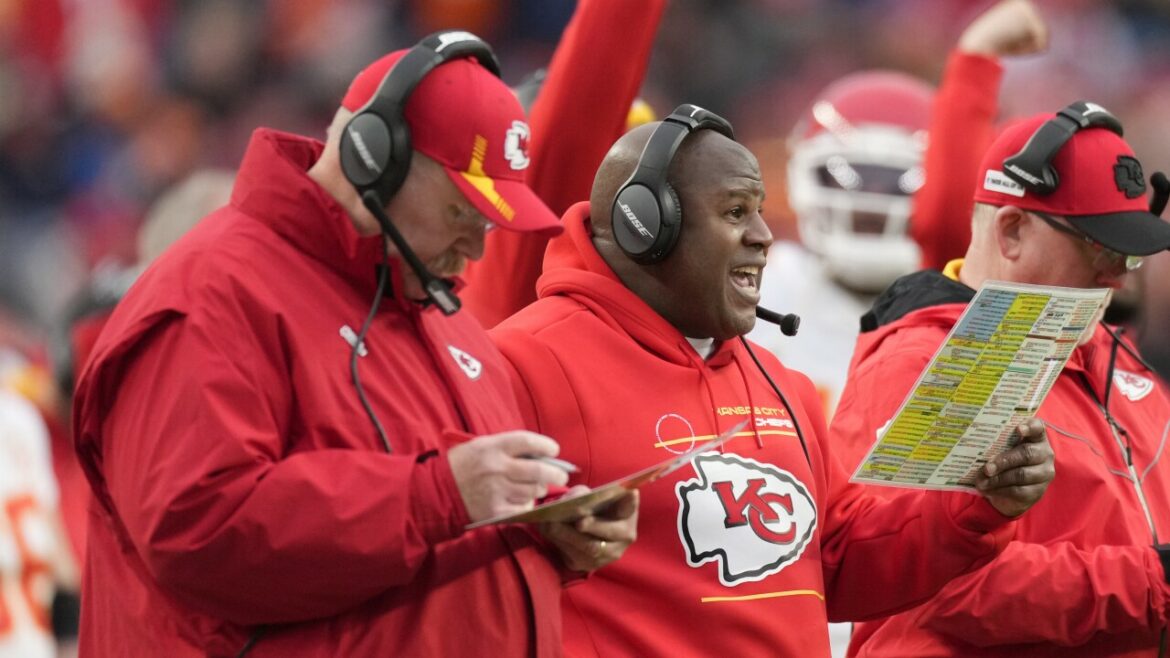 Kansas City Chiefs offensive coordinator Eric Bieniemy is expected to return to the team after his contract expired earlier this offseason and he didn’t land a head coaching job.

Kansas City Chiefs offensive coordinator Eric Bieniemy was once again passed over for an NFL head coaching job. Even though he did not receive one of the vacant positions, his contract with the Chiefs was expiring, meaning it was not a guarantee he would return to the team.

FanSided national NFL reporter Matt Verderame reported on Thursday morning both the Chiefs and Bieniemy met and it “went well.”

Verderame says in his report Bieniemy met with head coach Andy Reid in an informal fashion.

Bieniemy received interviews for head coaching positions, with his last being with the New Orleans Saints. Yet, the Saints decided to go with in-house candidate Dennis Allen to replace the retiring Sean Payton.

Update: Multiple reports confirm that Bieniemy is returning to the Chiefs as their offensive coordinator for the 2022 season.