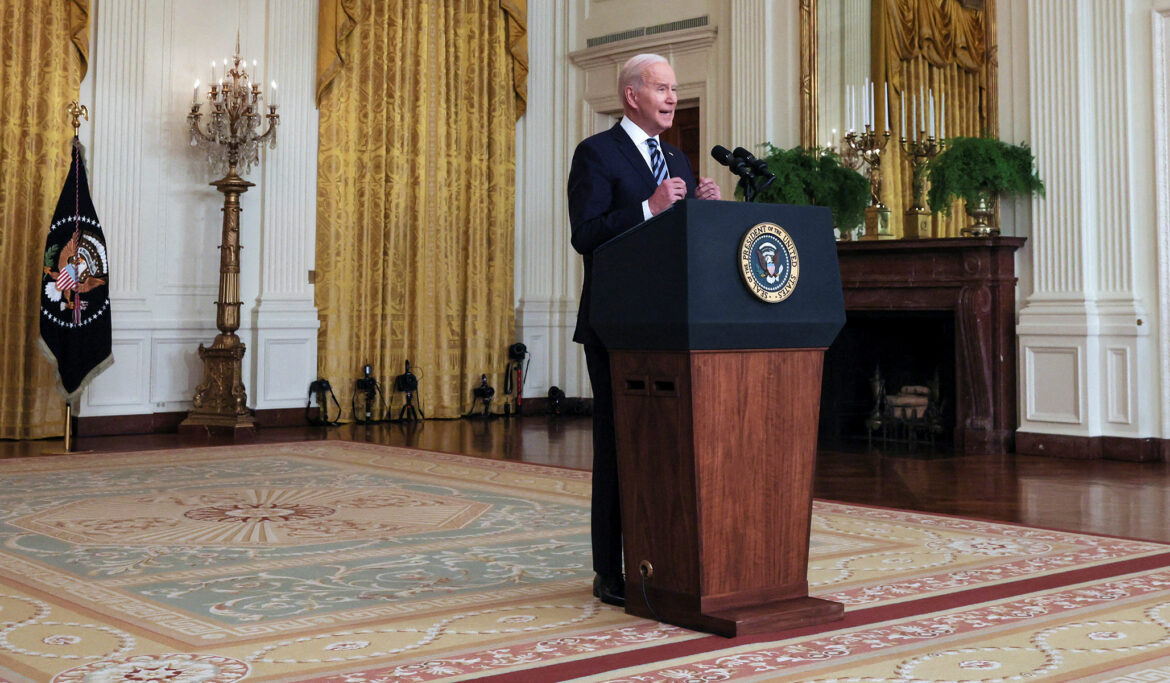 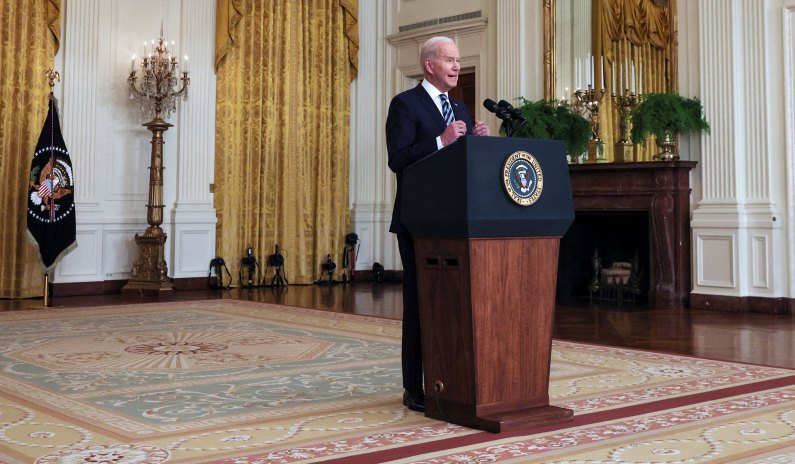 The president is working his way up the escalation ladder, but not quickly enough.

F
or months, the White House pledged that a Russian invasion of Ukraine would be met with crippling economic sanctions intended to isolate Moscow from financial markets. So after Russian president Vladimir Putin launched a brutal assault on the country, the Biden administration started to implement measures targeting Russia’s ability to wage war. “Now he and his country will bear the consequences,” Biden pledged at the White House today.

Will Russia actually face significant consequences? The president laid out a relatively forward-leaning sanctions package this afternoon, announcing steps to punish Russian banks and state-owned firms and impose costs on certain parts of …