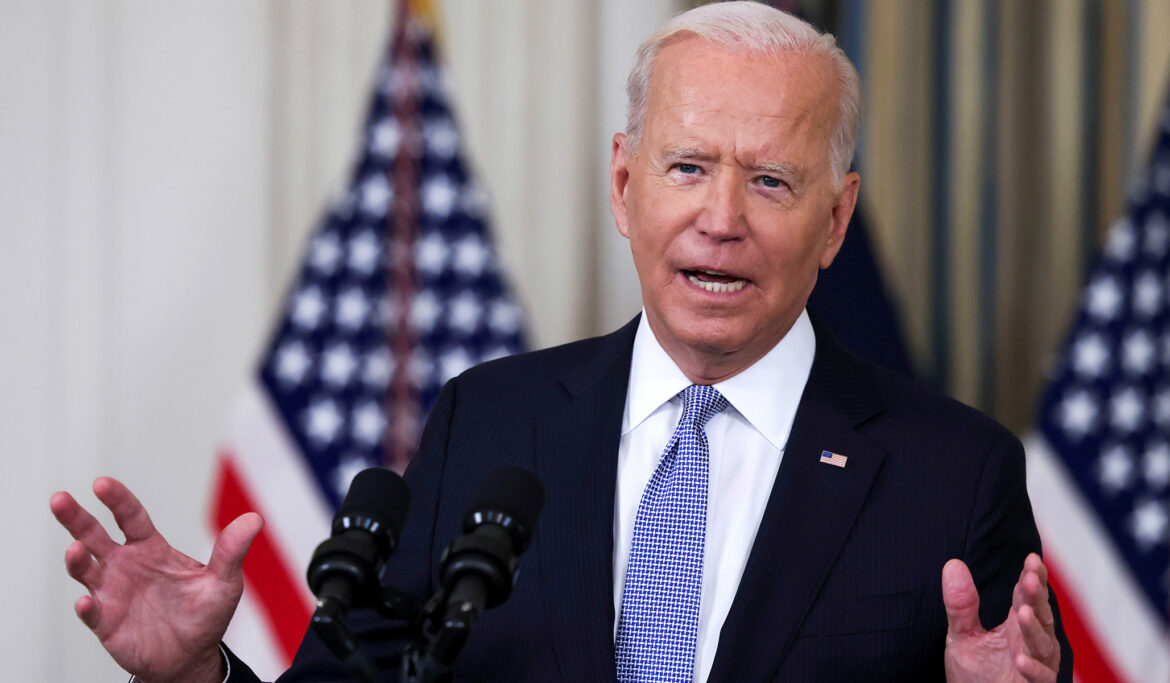 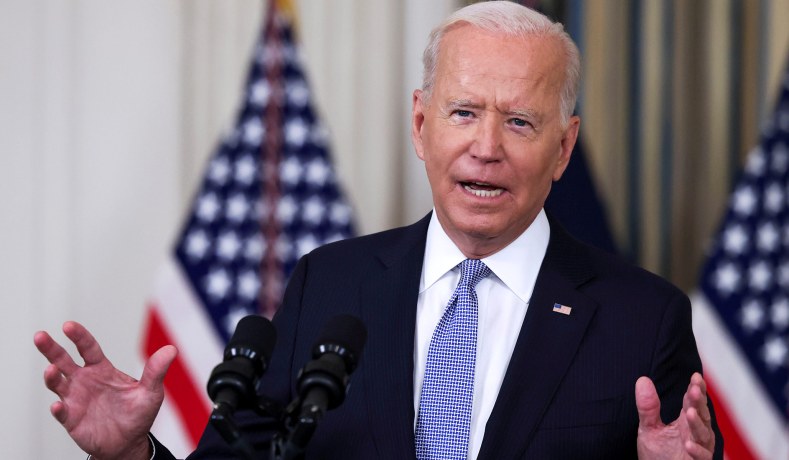 President Joe Biden responds to a question from a reporter after speaking about coronavirus vaccines at the White House in Washington, D.C., September 24, 2021. (Evelyn Hockstein/Reuters)

After saying nary a discouraging word about the Taliban as they chased us from Afghanistan and held us to an exit deadline that meant abandoning American citizens, green-card holders, and Afghan allies behind enemy lines, Joe Biden has finally found a focus for his moral indignation — Border Patrol agents on horseback.

Friday morning at a press conference, the president of the United States joined the pile-on against a few agents falsely accused of whipping migrants, in one of the more disgraceful moments in a presidency already full of them.

The first thing to say about this is that the underlying charge is a complete fantasy concocted on social media and amplified by a lazy or complicit media.

The agents didn’t have whips, they had reins, and they didn’t strike anyone with them, despite Biden’s saying that he was outraged at seeing “people being strapped.”

One premise of Biden’s primary campaign was that Twitter isn’t real life, but now he’s letting Twitter — and the activist Left — dictate his stances as president.

Anyone paying attention and with an interest in the truth knew that no one was whipped in Del Rio almost immediately after this became a trending topic. But Kamala Harris and Jen Psaki for days have pronounced themselves outraged by the allegedly horrific images anyway.

The agents are under investigation and have been suspended, and even more ridiculously, Border Patrol has been ordered to stop using horses at Del Rio, even though there is no indication the agents acted the least bit improperly.

They twirled their reins, which has been widely interpreted as the alleged whipping, or at least an intimidation tactic. It was nothing of the sort. The twirling is used to direct the horse, especially in chaotic circumstances. No one wants an out-of-control, roughly 800-pound horse trampling an agent or a migrant.

Yes, the agents were trying to keep the migrants from getting out of the Rio Grande onto U.S. soil, but that is their job. What critics most dislike about what the agents actually did — the shouting, the grabbing, the maneuvering to stay in front of the migrants and try to get them to go back — was not remotely out of line, and it wouldn’t have occurred in the first place if the migrants had simply obeyed the commands to stop and go back.

Another line of criticism is that there is something inherently wrong with having agents on horseback. This is absurd. The Border Patrol has used horses since its inception in 1924 because the animals are adept at maneuvering on terrain that is difficult for motorized vehicles or for agents on foot. Besides, horses are a natural tool of crowd control and are used for this purpose across the United States, including in the bluest cities in America.

Then, there are the supposed echoes of slavery in having men on horseback harrying black people. Anyone, though, who can’t tell the difference between overseers punishing people held in bondage and agents — many of whom are minorities — enforcing the laws of the United States doesn’t deserve to be taken seriously.

Another problem with Biden’s statements Friday morning is that he condemned the agents and said they “will pay,” when they are under what should be a fair investigation. For a president of the United States to prejudge such a matter is completely outrageous. If and when the agents are vindicated, as they deserve to be, where will they go to get their reputations back?

Biden and his supporters have talked much of the importance of restoring norms in Washington. Among the most basic of these, surely, is the obligation of a president not to perpetrate misinformation in the cause of smearing people whose only offense was doing their job.