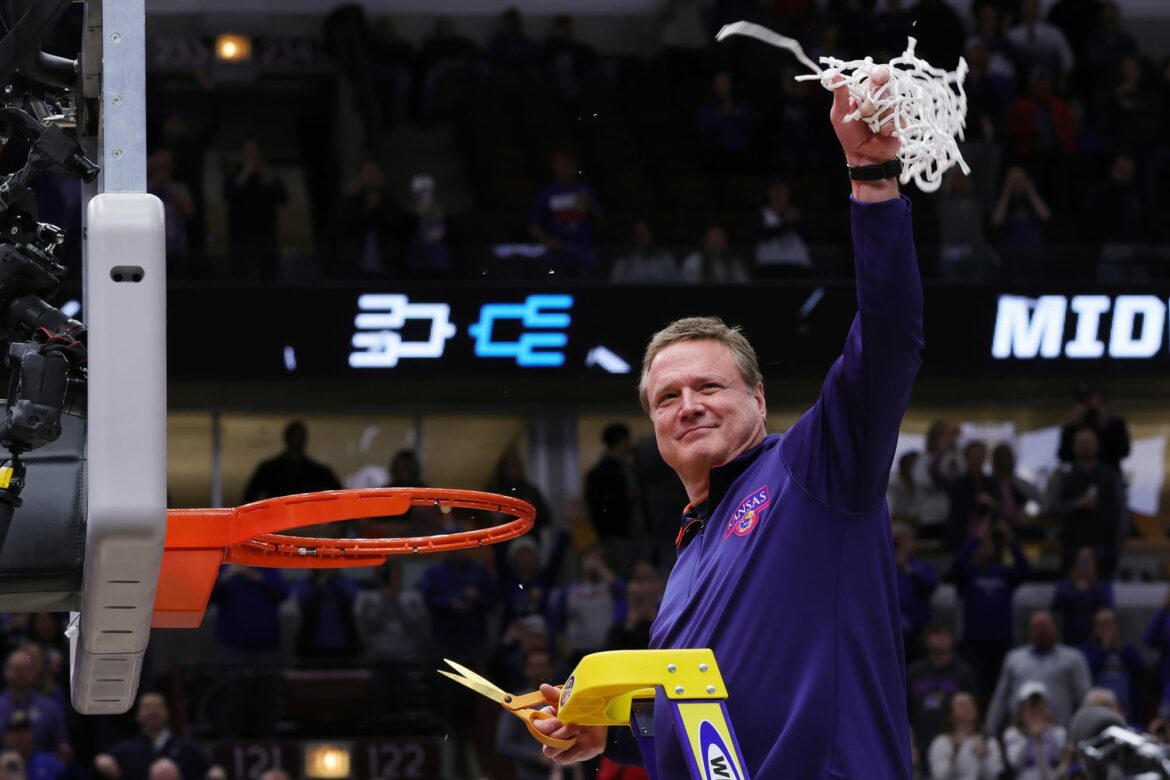 Bill Self has led his fifth Kansas Jayhawks basketball team to the Final Four.

A fantastic second-half effort propelled Bill Self’s Kansas Jayhawks over the Miami Hurricanes and into the Final Four.

Kansas is the only No. 1 seed that will be playing in the Final Four in New Orleans next weekend. This will be the fifth time the Jayhawks have made it to the national semifinals under Self’s watch, which ties him with Roy Williams for the most Final Four appearances in Jayhawks program history. This will be Kansas’ 16th trip to the Final Four in their history as a basketball blue-blood.

Here is what Coach Self said after beating Miami in Chicago to win the Midwest Regional Final.

“That was about as well as we could play the second half, and these guys earned it, Self said.”

Fate would have it, the last time Kansas made it to the Final Four, they faced the same team they are going to face on Saturday: The Villanova Wildcats.

Kansas fell to the 2018 Villanova team that went on to beat Michigan in the national championship. That was the Wildcats’ second national title in three years. It is also their first trip back to the Final Four since the 2018 college season.

Bill Self cuts the nets down after reaching another Final Four

While much of the college basketball world will be paying close attention to what is going on on the other side of the bracket (Duke vs. North Carolina/Saint Peter’s), what Self said to Dana Jacobson in the postgame interview carries weight. He said his team could not have played any better than it did in the second half. It was also a special moment for him for familial reasons.

This will be Self’s first trip to the Final Four without his father. He is using his late father’s quote of “don’t worry about the mules, just load the wagon” as a bit of a rallying cry for his Big 12 basketball team. Should Kansas beat a depleted Villanova team in the national semifinals, the Jayhawks will stand a very good chance at winning their fourth national title in school history.

Self is now two wins away from winning his second national championship while leading Kansas.