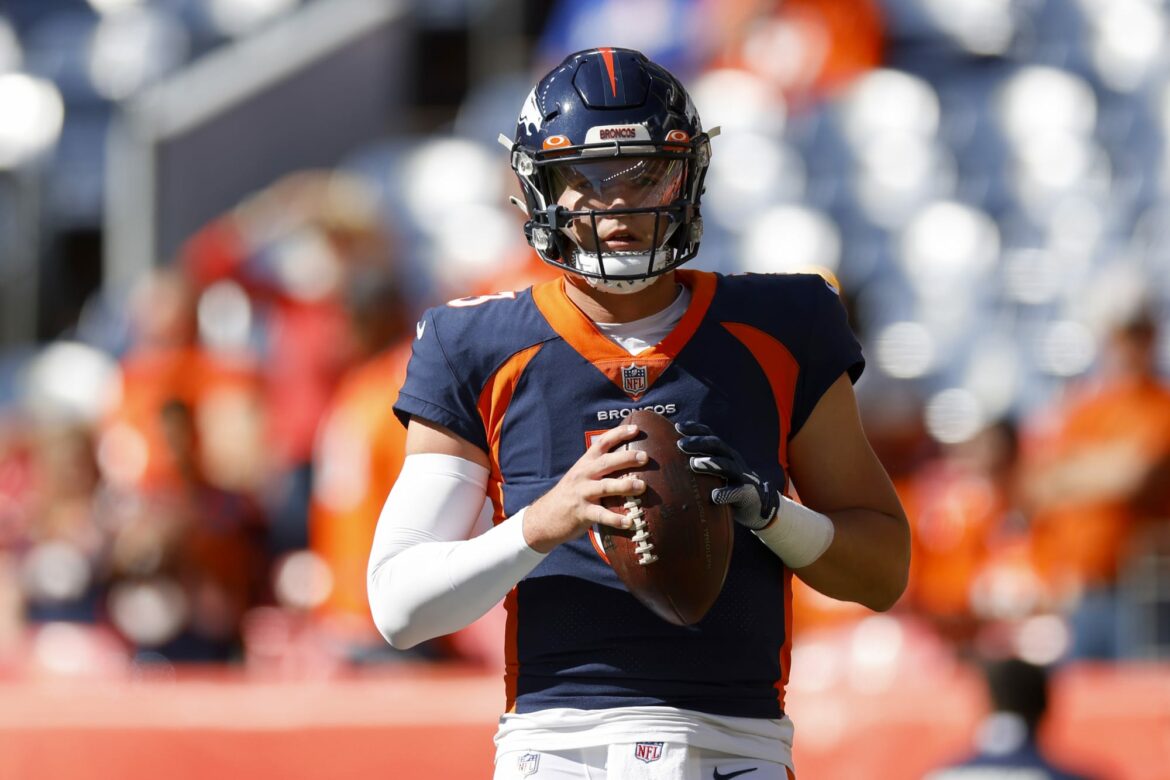 DENVER, COLORADO – OCTOBER 17: Drew Lock #3 of the Denver Broncos warms up before the game against the Las Vegas Raiders at Empower Field At Mile High on October 17, 2021 in Denver, Colorado. (Photo by Justin Edmonds/Getty Images)

The Denver Broncos are dealing with a bit of a COVID issue on Sunday, which includes quarterback Drew Lock being ruled out of the action.

Should something happen to Teddy Bridgewater on Sunday going up against the Dallas Cowboys, the Denver Broncos will not have Drew Lock available to step in. Unfortunately for Denver, multiple players have been ruled out of the action due to COVID protocols.

Lock was joined on that list by Noah Fant and Netane Muti. Lock lost out on the starting job to Teddy Bridgewater, who is all set to try and lead Denver to an upset win over the Cowboys in Week 9.

Drew Lock has been ruled out vs. Dallas due to COVID protocols

It surely hasn’t been the year Lock was hoping for, as he’s only appeared in one game this season, with Bridgewater running the offense. Things just haven’t worked out as planned for Lock in Denver, with him failing to live up to the hype.

With Bridgewater leading things, Denver is 4-4 on the year entering Sunday’s showdown with the Cowboys. For Dallas, they’ve got Dak Prescott back on the field after he missed last week’s win against Minnesota due to his calf injury.

Moving forward, Lock will now look to get himself cleared so he can get back on the practice field as soon as possible. With that said, however, he’ll continue to serve as Bridgewater’s backup the rest of the way barring some sort of a big-time change.