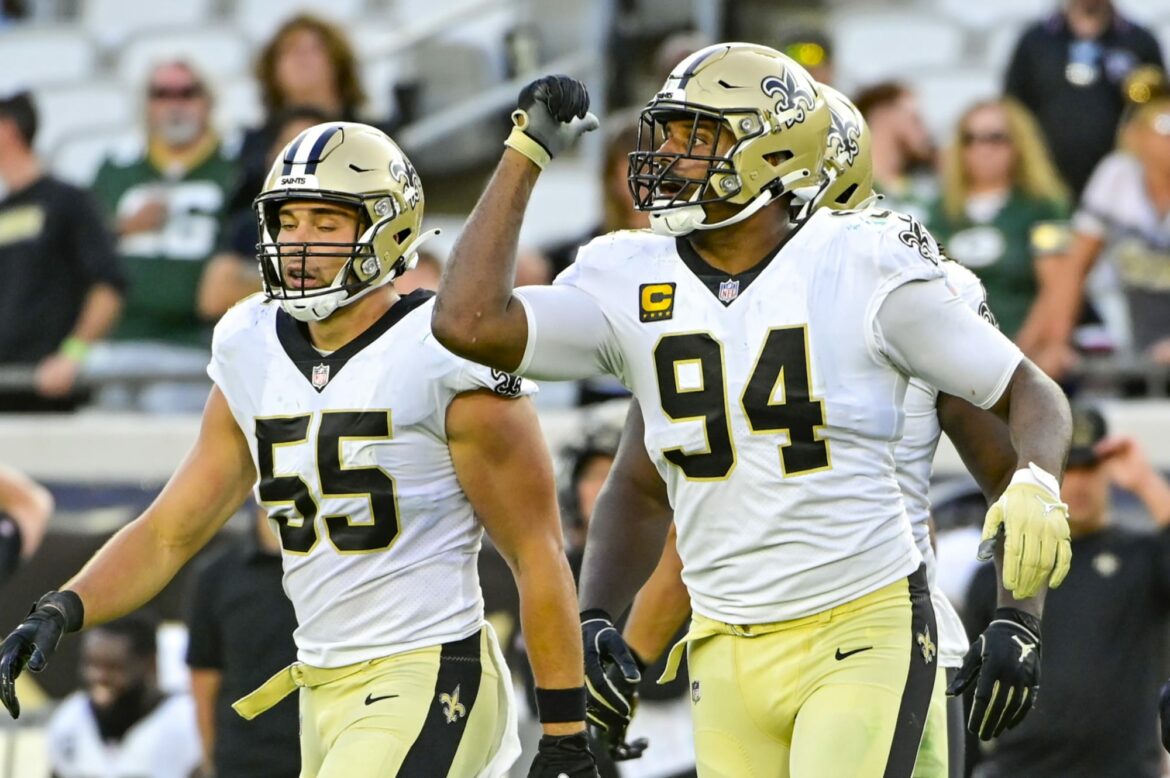 New Orleans Saints defensive end is on the lookout for a premium quarterback to come help bring him and the Saints a Super Bowl ring.

Jordan has been busy making a wish list of superstars that he would like to welcome as new teammates and is targeting not just Aaron Rodgers but also his trusty sidekick Davante Adams.

“I’m simply saying if he wants to be outlandish with the requests if I want to be outlandish with the wish list, I know Davante Adams isn’t under contract,” Jordan told FanSided’s Stacking the Box podcast. “Can I think of a better one-two combo than a healthy Mike Thomas and then a Davante Adams and then an Aaron Rodgers? I know I am asking for Christmas stuff in February but there is probably been more impossible tasks accomplished.”

Probably. But that combo request is up there in the degree of difficulty with the Saints projected to be $61 million over the cap. It would take a lot of restructuring of contracts including perhaps Jordans to make such a dual acquisition remotely possible. Throw in that Rodgers and Green Bay seem to have mended their differences.

Jordan though is remaining optimistic even though he has yet to get a call, text or Instagram message from Rodgers to this point.

“He didn’t, which was so hurtful but I figured when having such an analytic mind such a great quarterback as Aaron Rodgers you don’t let people know your move you keep your chess pieces hidden,” Jordan said. “I know he saw it. I know he is thinking about it.”

Guessing at what Rodgers will do is a tricky game. All one can do in life is put your best foot forward. which the Saints are doing hiring Dennis Allen to replace Sean Payton who decided to take a break from coaching.

“You can’t replace Sean Payton,” Jordan said. “The structure that he has built, the infrastructure within the organization to give it a culture shift. It’s weird. It’s one of those unsettling feelings cause you don’t know what the future is going to hold.”

True. Guessing Allen would agree with Jordan that having Rodgers and Adams or even one of the two would make the future for the Saints a little less murky next season. Doesn’t hurt to dream big and or be hopelessly optimistic when it comes to NFL free agents.

Cam Jordan has partnered with Hidden Valley Ranch to raise awareness and help bring an end to the worst offense at any game day party – chicken wing waste. Together, they’re stopping wing waste by introducing the Coalition Against Wing Waste (CAWW).

Now this is a cause I can get behind. Let’s do this @HVRanch , let’s #StopWingWaste. 🔥 Check it out at https://t.co/ZEsqFtsZrW . #Sponsored pic.twitter.com/8tTRZLDmJd