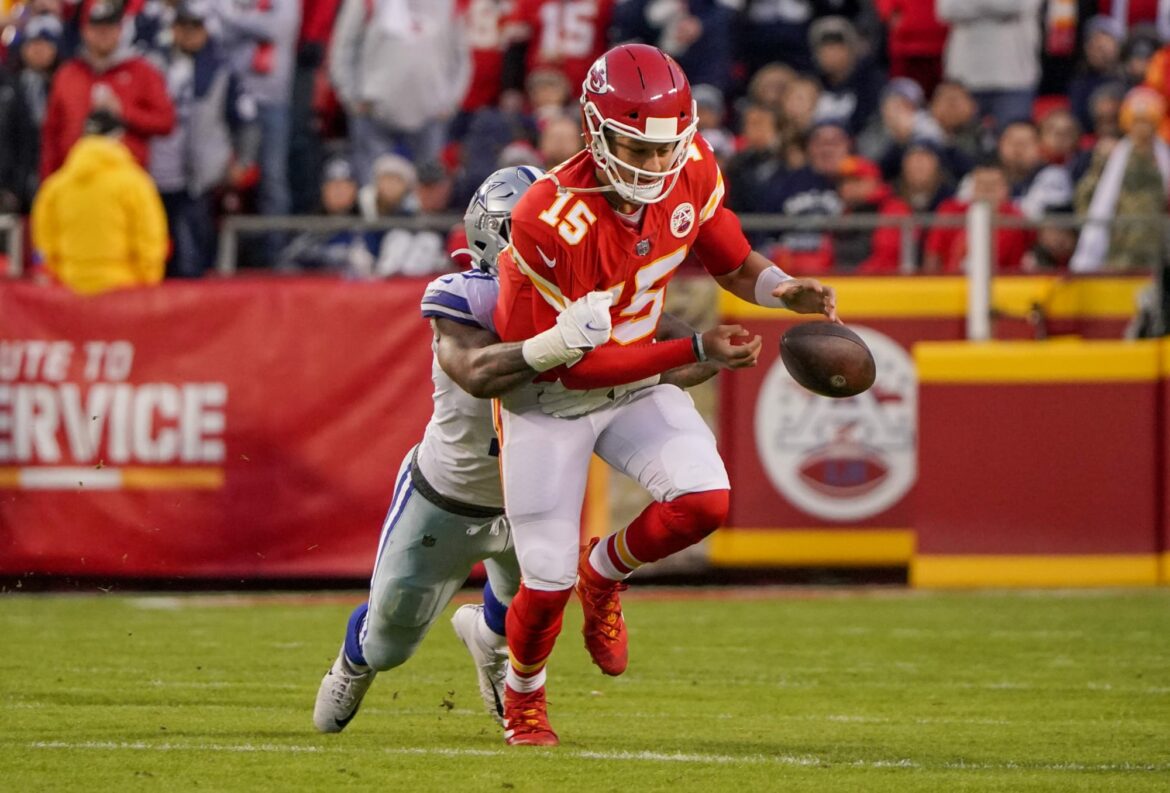 The Kansas City Chiefs moved to 7-4 with a 19-9 victory over the Dallas Cowboys, but the offense was still a long way from its best.

There will surely be plenty of excitement around the Kansas City Chiefs after they stymied the Dallas Cowboys offense to move to 7-4, boosting hopes of them claiming the number one seed in the AFC despite a largely uneven season.

While the defense deserves significant credit for holding Dak Prescott and Co. to just nine points, it is premature to start crowning the Chiefs as being back to their best following an offensive performance that was largely uninspiring.

Kansas City scored points on each of its first three series and, after Clyde Edwards-Helaire put them 16-3 to the good, it would have been fair to expect another prolific showing akin to the Chiefs’ 41-point blitz of the Las Vegas Raiders last week.

That did not materialize, with the Chiefs scoring points on just one further possession thereafter, Patrick Mahomes sacked three times and picked off for the 11th time this season as Kansas City proved unable to find a rhythm on the side of the ball that has proved so dependable for them over the years.

It mattered not, as a superb performance from the defense, albeit against a Cowboys offense missing Amari Cooper, Tyron Smith and later CeeDee Lamb, who suffered a concussion, robbing Dak Prescott of arguably his best offensive weapon.

Prescott was sacked five times and intercepted twice as Chris Jones and Co. dominated up front for the Chiefs. Kansas City’s defense has continually improved over recent weeks, but the formula for success for the Chiefs has not typically come on that side of the ball.

Indeed, this is a team that wins on the strength of their offense. However, after the opening three possessions, that strength was not apparent. The defensive improvements are encouraging and, if sustainable, will go a long way to another potential Super Bowl run for Kansas City.

But, with defensive performance generally more volatile, the Chiefs are unlikely to be able to lean on Steve Spagnuolo’s unit on a regular basis as they seek top spot in the AFC. If Kansas City is to establish itself as the class of the conference once more, the Chiefs will need a lot more than what they got from the offense in Week 11.