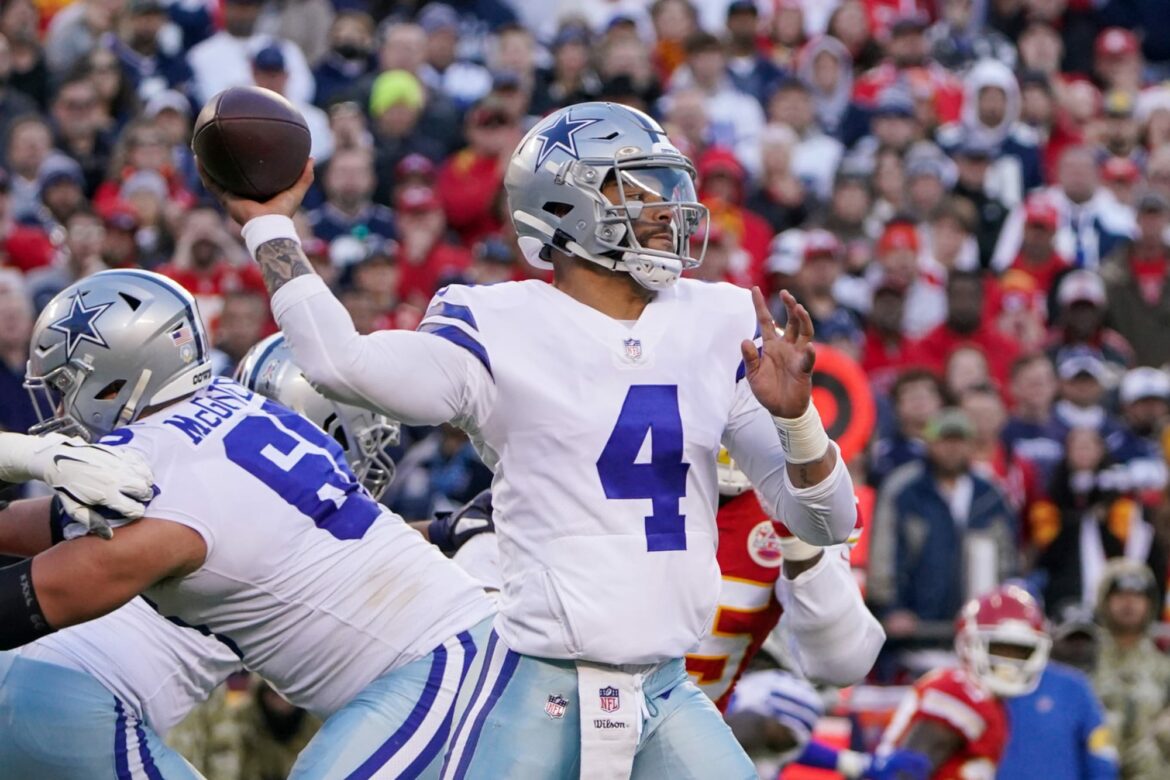 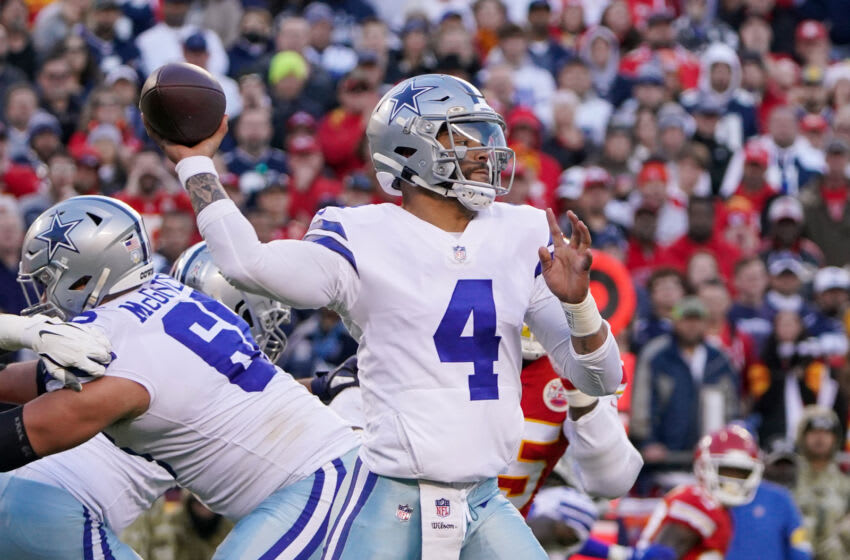 Dallas Cowboys quarterback Dak Prescott is not concerned with how bad his team looked vs. the Kansas City Chiefs in Sunday’s loss.

Though the Dallas Cowboys fell to 7-3 on the season after losing to the Kansas City Chiefs, quarterback Dak Prescott does not seem to be overly concerned regarding the 19-9 road defeat.

Prescott did not play particularly well vs. the improving Chiefs defense. He completed 28-of-43 passes for 216 yards and two interceptions. He put the ball on the ground twice, with Kansas City picking up one of those two fumbles. Though Dallas was expected to come back to earth after obliterating the Atlanta Falcons last week, the Cowboys offense failed to score a touchdown.

While that may be concerning, Prescott is not letting the bad 10-point road loss to Kansas City effect him heading into Thanksgiving Day’s game vs. the reeling Las Vegas Raiders.

Dak Prescott: “This is a resilient team that is going to continue to fight. I’ll promise you that. … There are no worries or discouragement about what our future holds.” pic.twitter.com/N77AKdg3ip

Dallas may have a short week, but the Cowboys do host a struggling Raiders team on Thursday afternoon. After that, the Cowboys have four winnable division games and a date with a New Orleans Saints team that is not getting good quarterback play out of necessity from Trevor Siemian. Their only tough game the rest of the way is vs. the Arizona Cardinals in Week 17.

While struggling mightily at Kansas City is not great, Dallas not only plays in the opposite conference, but also plays in arguably the weakest division in football. The Cowboys may have fallen to 7-3, but this is a team every bit capable of winning 12 to 14 games. They will make the playoffs. From there, that is where the big challenge lies: Can the Cowboys win big come January?

Dallas has ample time to recover from this loss, but it does leave the Super Bowl hopes in doubt.