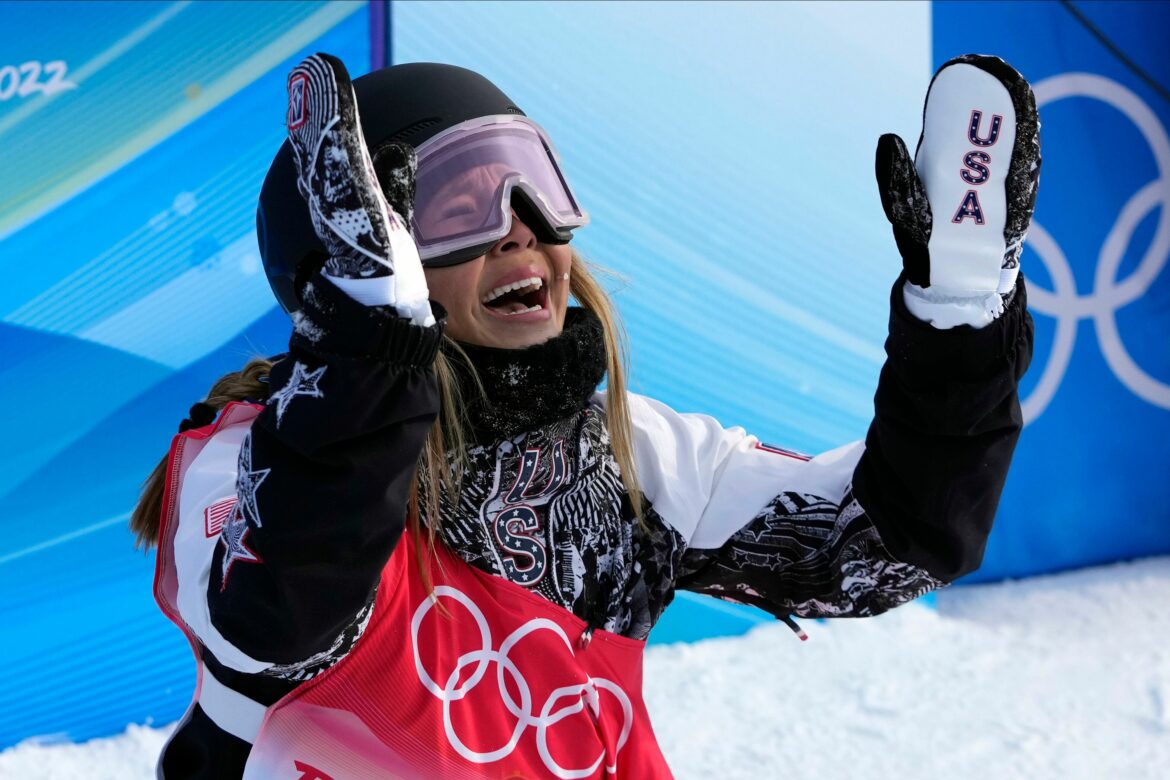 ZHANGJIAKOU, China (AP) — No way was snowboarder Chloe Kim taking an easy ride down the halfpipe for her victory lap on her third and final run.

And while the American standout fell, she quickly got back up and glided to the bottom of the halfpipe Thursday with a new title: back-to-back Olympic champion.

“I was curious to see what would happen. Definitely didn’t go my way,” the 21-year-old from California said of her toughest trick. “I did it once in practice and it went well. So, different. We’ll try it another day.”

On this day in the mountains above Beijing, the only real drama was for second place, with 32-year-old Queralt Castellet of Spain taking silver in her fifth Olympic appearance. Sena Tomita of Japan held off Cai Xuetong of China for bronze.

No one was matching Kim’s height or demanding array of tricks. Not after an opening performance that featured a variety of different spins and rotations, including a front and backside 1080 (three spins each). That flawless run appeared to surprise even her as she covered her mouth in excitement. She later told a coach it was the best one she’s done.

Kim joins fellow American Shaun White as the only snowboarders to defend their Olympic titles in the halfpipe. White accomplished the feat in 2006 and ’10. As the defending champion from the Pyeongchang Games, White can do it again on Friday.

They were treated to quite a performance from Kim, who won at the 2018 Pyeongchang Games as a 17-year old. Gu gave Kim a hug after one of her three runs.

“I find it inspirational that everyone’s out progressing the sport,” Kim said. “At the last Olympics, you didn’t see that many 1080s, and now everyone is doing a 1080. That’s quite the improvement, and it’s such an honor to be part of this sport and help progress women’s halfpipe snowboarding.”

To think, she didn’t have the best of practices before the competition. But she wasn’t concerned.

“I have been in this situation many times,” Kim said. “I’ve been competing professionally since I was 13, so that’s almost 10 years now. I reset and reminded myself that it’s just another run. I have a brand-new opportunity to go land it, and that calms me down a lot.” 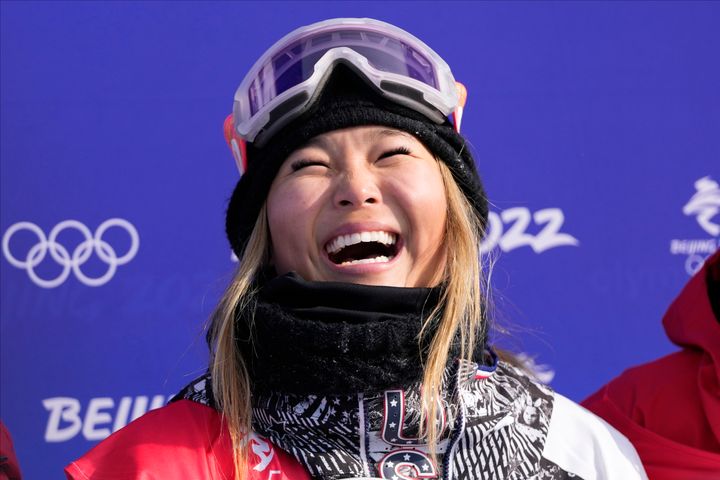 Kim went for it on her second run and attempted to pull off a difficult 1260. But she couldn’t stick the landing and fell on her back side. On her Instagram stories page, she later posted, “Ow my butt,” along with a picture of her face in pain.

Despite knowing she had the gold sewn up, there wasn’t much of a celebration before the last attempt. No, there was still work to do — trying to land the 1260. She almost did, too, before wiping out and gliding the rest of the way.

She wasn’t holding anything back.

“Spinning all four ways and mastery of the sport has been a goal,” her coach Ricky Bower said. “She came out here and showcased exactly what she wanted to and I’m so proud of her.”

This is how dominant Kim has been: She hasn’t lost a contest since 2019. Even then, she had a good reason — she was competing on what turned out to be a broken ankle.

“She definitely pushes the sport so hard,” Cai said. “We, the rest of the girls, try to challenge her.”