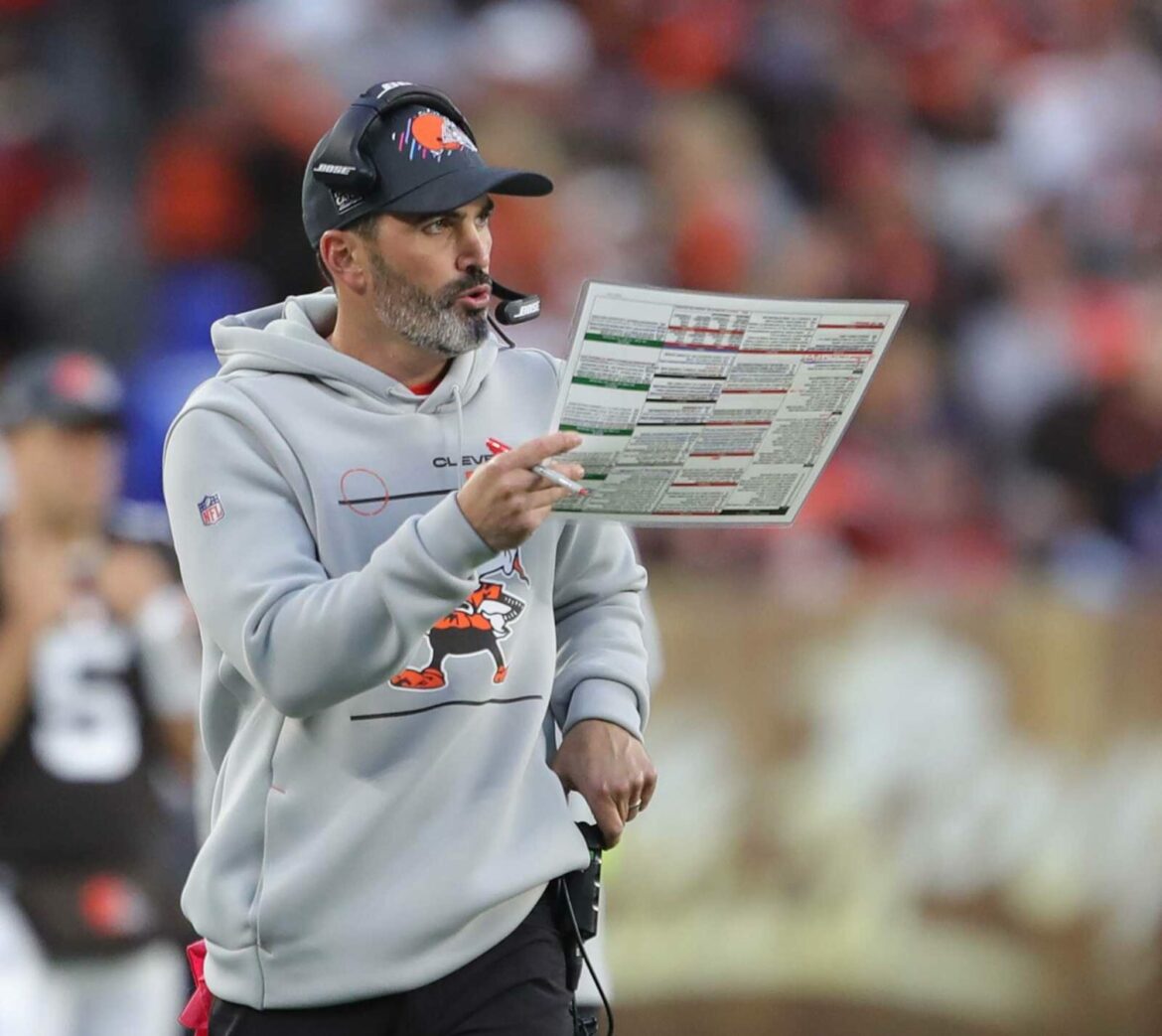 The Cleveland Browns could be without head coach Kevin Stefanski and QB Baker Mayfield on Saturday. Should they postpone the game entirely?

‘Should’ and ‘could’ are two very different words, and concepts. Despite eight members of the team being placed on the COVID-19 list Tuesday, and two more on Wednesday morning in Mayfield and Stefanski, Roger Goodell and Co. don’t appear willing to budge.

Both Stefanski and Mayfield could be reinstated on the roster by Saturday’s game against the Raiders should they test negative for COVID-19 twice in that time period. If Stefanski is out, Mike Priefer will coach. If Mayfield can’t play, Case Keenum will start at quarterback.

Could NFL postpone Browns vs Raiders?

Ian Rapoport reported on Wednesday morning that despite the current status of Stefanski, Mayfield and the like, the NFL is still planning on moving on with the game as planned. Kickoff is at 4:30 p.m. ET on Saturday.

Keenum is a reliable backup if called upon. He started a game for Mayfield already this season against the Broncos and played fine. Odds are, he would do the same against Vegas, albeit not to the same level as Mayfield.

Priefer also has experience in big spots, as he coached the Browns in the Wild-Card playoff game last year against the rival Pittsburgh Steelers. Cleveland would win that game handily. Ironically enough, Stefanski also missed that game due to COVID-19.

If a player or member of a team tests positive for COVID-19 and are vaccinated, they must test negative twice before rejoining team activities, including game action. That’s the situation both Mayfield and Stefanski find themselves in right now.