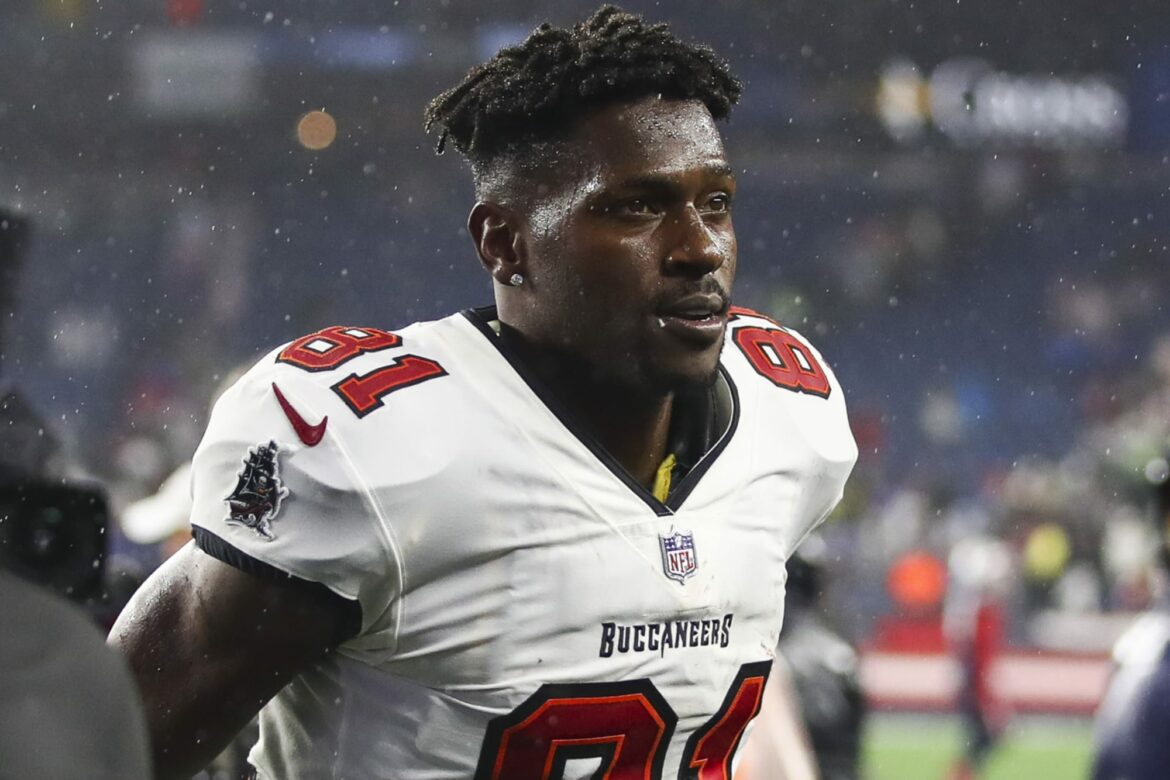 In the latest COVID scandal to shock the NFL landscape, a league investigation revealed that Antonio Brown did indeed falsify his vaccine card earlier this season, misleading his organization to believe that he was fully vaccinated.

The NFL revealed that they will be suspending Brown and two other players who committed the same offense for three games, a blow that significantly affects the Buccaneers season. Brady has a much easier time moving the ball downfield with Brown, who is one of the best route-runners the league has seen in the past decade.

While an NFL suspension and the subsequent loss of funds is a heavy blow to Brown, the punishment doesn’t necessarily stop there.

As CBS NFL reporter Jonathan Jones points out, forging a vaccine card is a federal offense.

A reminder: Forging a vaccination card is a federal criminal offense. Jail time is extremely unlikely but probation + fine all in play for someone who does it.

Forging these government seals violates Title 18 of the US Code, Section 10-17. Violating that section of the US Code could carry a fine and a maximum prison sentence of five years.

While the maximum sentence is severe, attorney Jon Sheldon told WUSA9 that five years is “unlikely” for this type of offense. The sentencing depends on the severity of the crime, although Sheldon said the lightest penalty, probation, is the most likely.

The penalty also depends on state laws. In New York, forging a vaccine card is a class E felony, and Washington DC also penalizes residents for this offense. In August, Florida Rep. Mike Grieco filed HB 47, a bill that will penalize first-time offenders with a third-degree felony and fines up to $5,000.

Rep Grieco’s reasoning for creating the bill even included the NFL’s strict protocols for unvaccinated players that might motivate players to abuse the system.

“There’s been rampant abuse of the system,” Rep Grieco said. “We have businesses and other entities that, if you have valid proof of vaccination, you may not have to have the same COVID testing requirements. You may not have to wear a mask. Even the NFL has different standards for vaccinated versus unvaccinated players.”

Although Rep. Grieco’s proposed bill wouldn’t be in effect until next October, his proposal in the state of Florida shows that the state is serious about cracking down on forged government documents.

To be clear, no law enforcement agency has publicly discussed charging Antonio Brown but if someone wanted to make an example of him, they could.