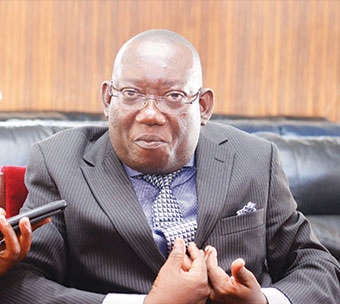 Former Rugaba South lawmaker Paul Kato Lubwama together has advised Teddy Naluswa Bugingo, the x-wife to House of Prayer Ministries Internationalsenior Pastor Aloysius Bugingo to stop clinging on a man who no longer loves her.

Lubwama asked Ms. Naluswa to also get a new lover and leave the man of God to enjoy his life.

Last week Pr. Bugingo who is also the Salt Media boss was introduced by his fiancée, Suzan Makula to her parents in a colorful kukyala ceremony.

When news reached Ms. Naluswa who has since refused to divorce Pr. Bugingo, she asserted that she is still the official wife to the pastor despite being introduced by Susan.

“I had news that my handsome husband was introduced somewhere but I want the public to know that I’m still his official wife. My name is Teddy Bugingo Naluswa team no divorce,” she said in one of the Christian gatherings.

However, some Bugingo sympathizers like Kato Lubwama have asked her to move on with her life and let go of the father of her children because the man is no longer in love with her.

“So you want Bugingo to go back to your prison? People should know that life is too short and if Pr. Bugingo has found his love in Makula leave him because he will never go back to Teddy, my advice to Teddy is to leave the man and move on. If not that let her go and get someone else, she needs to give God’s man a break. He wanted to divorce her, she refused then let her step put,” said Kato Lubwama while on BBS television this week.

Lubwama added: “Currently many people are in prison called marriage, only that, many people fear to speak out like how Pr. Bugingo did. He confessed in broad daylight that he had never been happy in his former marriage. So leave him and enjoy the happiness with his new wife, someone can have children in marriage but without happiness and people should stop poking nose in people’s love affairs. Those who sympathize with Teddy let them marry her off.”