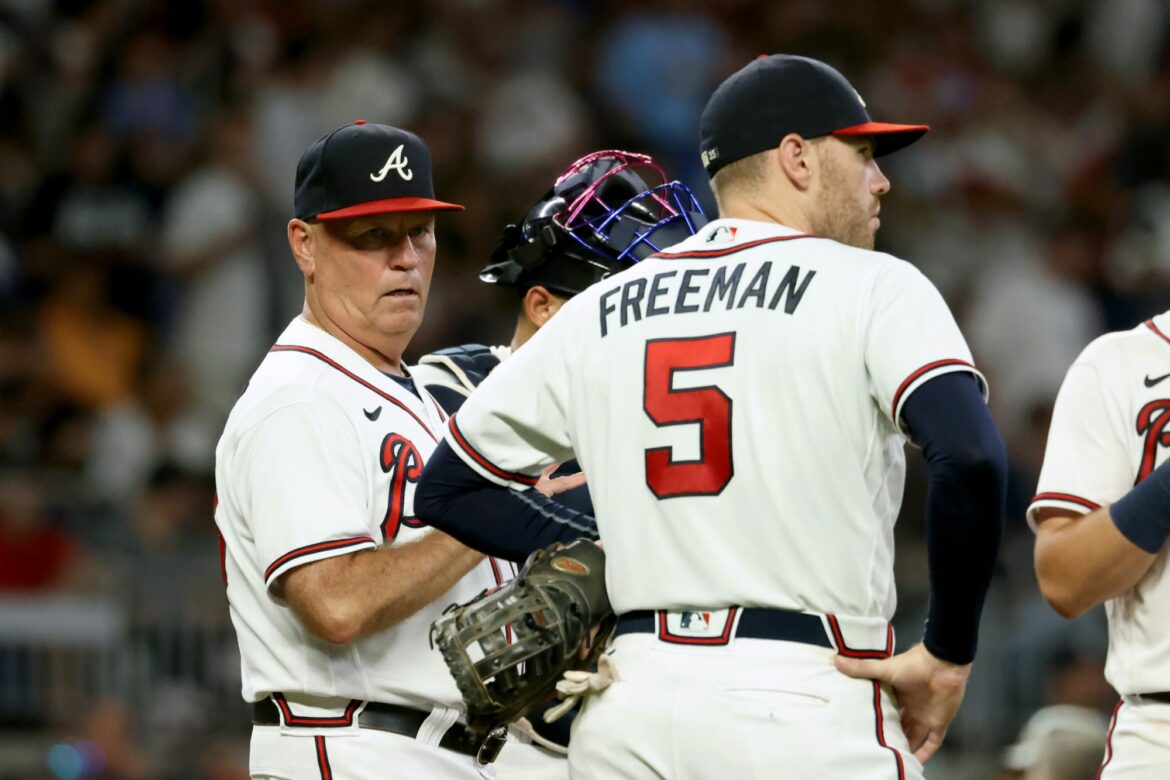 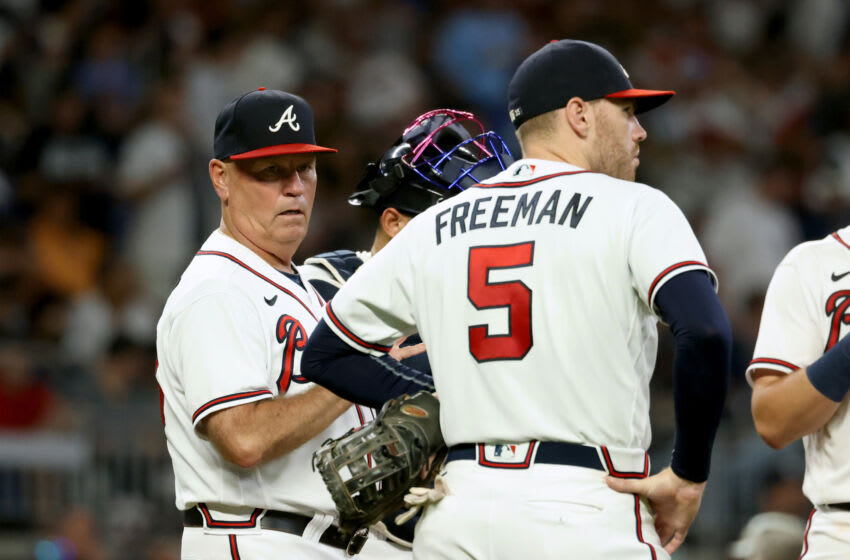 Atlanta Braves manager Brian Snitker said he is not “freaking out” over potentially losing Freddie Freeman in free agency.

Once the MLB lockout ends (whenever that is), there is no doubt going to be a mad dash of free agency signings ahead of the 2022 season. One of the big names available is Atlanta Braves first baseman Freddie Freeman, who is just coming off winning the World Series. Braves fans are certainly hoping Freeman will make his return to the team, but at this stage who knows if that will be the case.

In an interview with The Athletic, manager Brian Snitker addressed the possibility of losing Freeman to another team and said that while he wants him back, he is “not freaking out about it right now.” The question is, should he?

Losing Freeman would be tough for the Braves especially the fanbase. Would Freeman take Snitker’s comments the wrong way? Who knows. Ultimately, it is up to the first baseman as to which deal to sign with which team. And that won’t happen until the lockout ends.

As for what deal Freeman could command in free agency, Spotrac projects him to earn market value of $27.1 million annually over five years. There are teams such as the New York Yankees and the Los Angeles Dodgers who have a need at first base, and Freeman is undoubtedly the top player available at his position.

What if the Braves were to lose Freeman in free agency? A recent report from The Athletic’s Ken Rosenthal indicated that the Braves did reach out to the Oakland Athletics regarding a trade for Matt Olson, an Atlanta native, ahead of the lockout. Olson has one more year of arbitration heading into the 2023 season before becoming a free agent. Given Olson’s age (27) and his contract situation, it could cost the Braves a lot in terms of prospects/players in a trade and a new deal.

With so much uncertainty, there is really no point in Snitker, the Braves or the fans to freak out just now. All everyone can really do is wait for the MLB lockout to reach its conclusion.