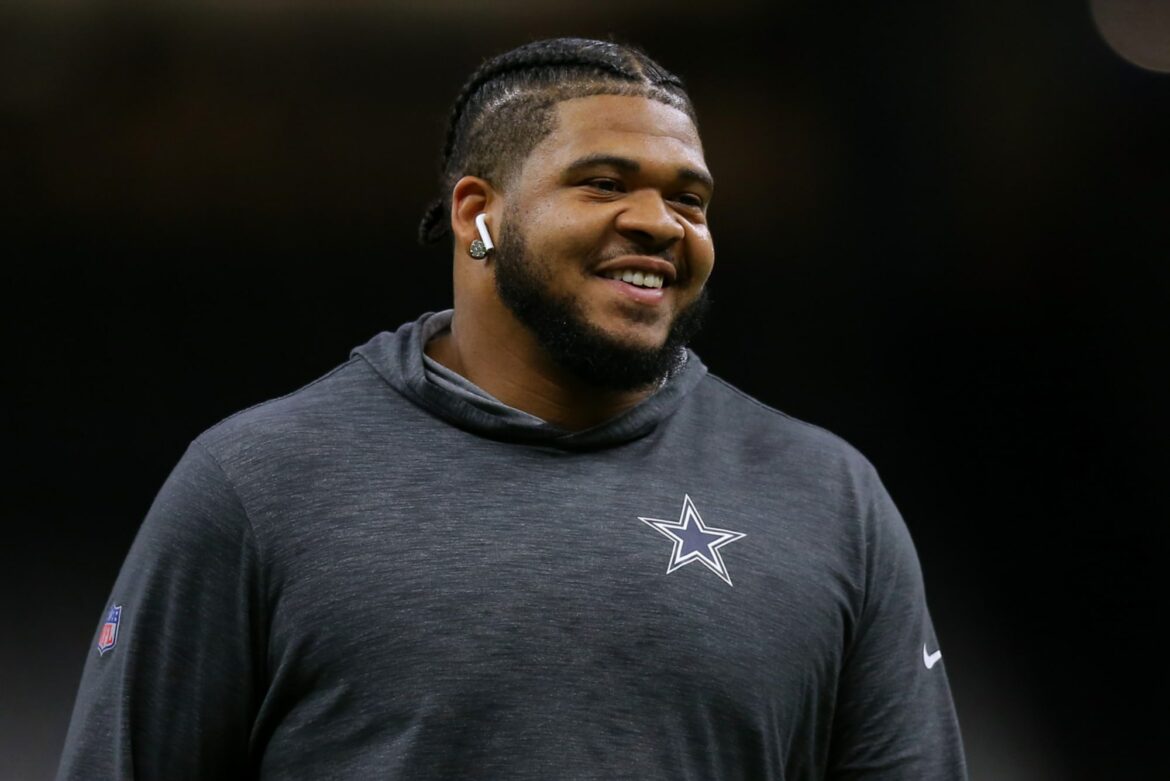 Legal issues can cloud the reputation of an NFL player, but suspensions hurt players’ ability to work and earn money at their job. And according to Cowboys offensive tackle La’el Collins, the way the NFL handled his five-game suspension was entirely unwarranted and unlawful.

Collins is currently in the midst of a five-game suspension by the league as a result of its substance abuse policy, with Collins still needing to serve out the final two games. Hoping to play in the final two, “Collins has filed suit in a Texas state court seeking a temporary restraining order, a temporary injunction, and a permanent injunction against ongoing enforcement of the suspension,” according to Pro Football Talk.

Cowboys’ star La’el Collins is suing the NFL over suspension

Collins’ reasons for challenging the suspension are two-fold. One, the revised 2020 substance abuse policy does not permit players to be suspended for missed drug tests, which is what occurred with Collins. Instead, fines are imposed, yet Collins was hit with a five-game suspension.

Second, Collins claims that the NFL misrepresented the facts in Collins’ case when he initially filed for an appeal. The NFL stated that Collins had already served a four-game suspension under the substance abuse policy, and the arbitrator presiding over the case used this fact to uphold his current suspension.

According to Collins, none of that is true.

Collins’ case represents NFL’s bizarre and reckless disregard for abiding by their own guidelines, not to mention blatantly lying in court about a suspension that never occurred.

With the law on his side, Collins hopes that Texas judiciaries will side with him as he fights the NFL over the suspension and much more.