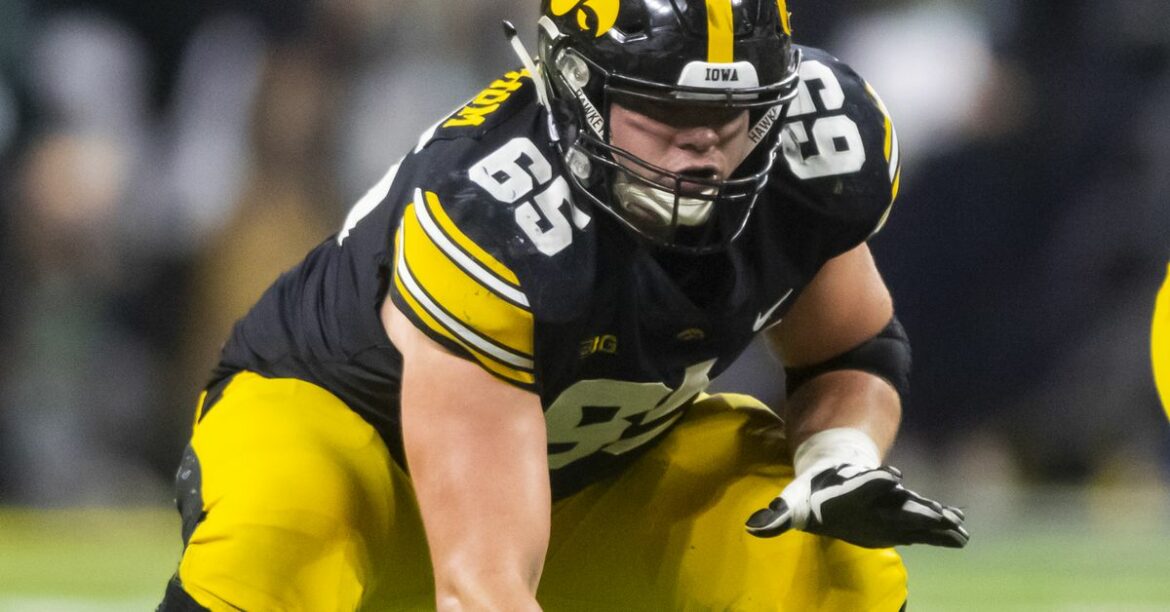 NFL.com analyst Daniel Jeremiah is back today with his second mock draft of the 2022 draft season. He went a slightly different direction for the Tennessee Titans, taking Iowa center Tyler Linderbaum with the 26th pick in his projection.

The pick was made with receivers Chris Olave, Garrett Wilson and Treylon Burks coming off of the board before the Titans were up. Alabama receiver Jameson Williams, who remains sidelined with an ACL tear, went at No. 27.

“Linderbaum is an athletic center with a mauling mentality in the run game,” Jeremiah said in his analysis. “That’s an ideal blend for the Titans.”

The Iowa product stands in at a listed 6-3, 290 pounds. He was a three-year starter for the Hawkeyes, taking home the Rimington Trophy in 2021, which is awarded to the best center in the country.

Just about everyone is on board with finding another playmaker or two to add depth to this offense, but Jon Robinson certainly could go this direction if things fell a specific way.

Linderbaum obviously makes sense for the Titans if they let Ben Jones walk in free agency. Rodger Saffold is a potential cap casualty, and Linderbaum could start his NFL career in Saffold’s vacated guard spot in that scenario.

Of course, we also have to mention that this is a pretty low landing spot for Linderbaum, who has consistently been projected in the middle of round one.

Clearly there are quite a few unanswered questions that we’ll get some clarity on in the coming weeks. The franchise tag window opened today, and free agency’s “legal tampering” period will open on March 14th.

Until then, happy guessing!