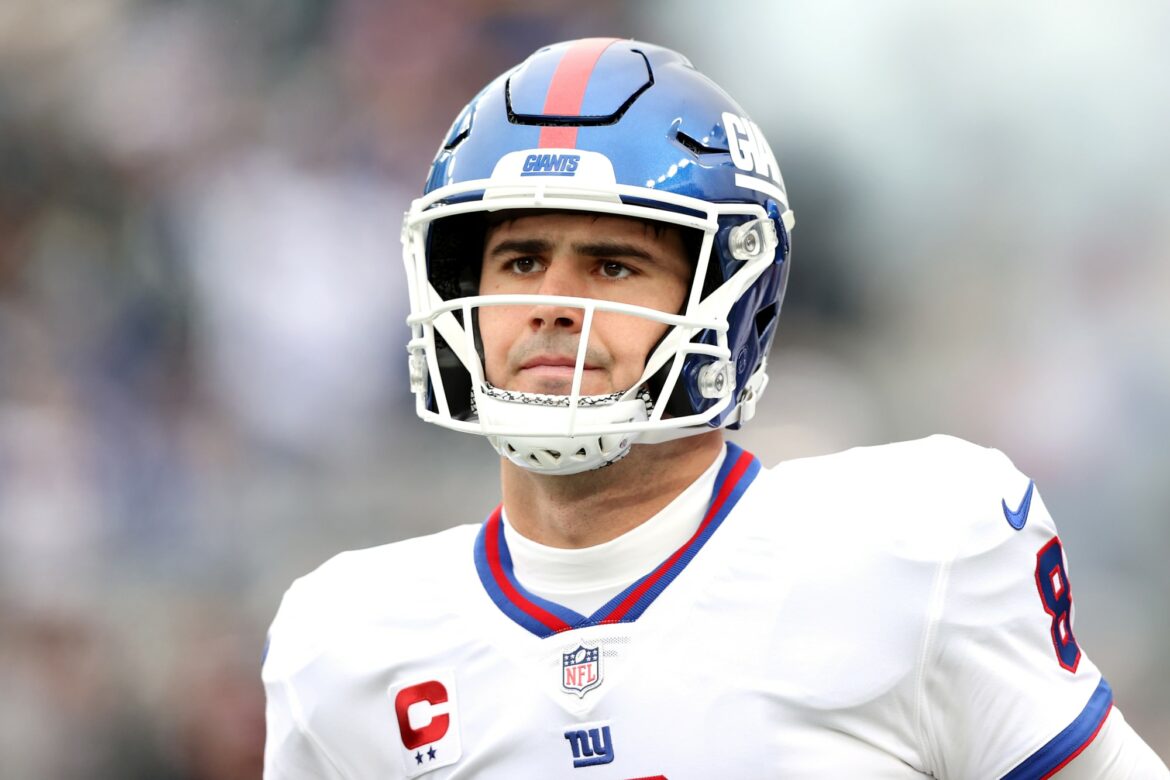 The New York Giants may be without starting quarterback Daniel Jones for Sunday’s game against the Miami Dolphins.

The New York Giants had to be feeling good after they defeated the rival Philadelphia Eagles 13-7 in their first official game with Freddie Kitchens as offensive coordinator. Unfortunately for the team, they did not leave unscathed, and it happened to the focal point of their offense.

According to NFL Network’s Tom Pelissero, quarterback Daniel Jones suffered a neck strain in the Eagles game and is considered week-to-week. Veteran backup Mike Glennon is expected to get the start for this Sunday’s game against the Miami Dolphins.

#Giants QB Daniel Jones is considered week-to-week because of his neck strain and backup Mike Glennon is now expected to start Sunday against Miami, sources tell me and @RapSheet.

Daniel Jones does have a strained neck that puts the next few weeks in doubt, per sources. Puts Mike Glennon in line to start vs. Dolphins. We’ve seen how tough Jones is before though.

As for how the injury occurred, Pelissero notes that it happened on the Giants second offensive play of the game, where Jones ran a zone-read keeper. When Jones was sliding, he was hit by a member of the Eagles defense. Even though he picked up the injury that early, he stayed in for the remainder of the game.

Glennon is a former 2013 third-round draft pick by the Tampa Bay Buccaneers. After spending four years with the team, Glennon signed a massive contract with the Chicago Bears in 2017, but was notably benched midway through his first season in favor of rookie quarterback Mitchell Trubisky.

Glennon was released by the Bears after one year, and spent time with the Arizona Cardinals (2018), the then-Oakland Raiders (2019) and Jacksonville Jaguars (2020) before signing with the Giants.

The veteran did receive playing time in Week 5 against the Dallas Cowboys after Jones left the game with a concussion. Glennon completed 16-of-25 pass attempts for 196 yards, one touchdown and two interceptions in the 44-20 loss.

In his career, Glennon threw for 6,431 yards, 44 touchdowns and 27 interceptions while completing 61.2-percent of his passes.

With Glennon the only other quarterback on the roster, the team signed former Georgia Bulldogs signal caller Jake Fromm off the Buffalo Bills’ practice squad, per Pelissero.

Glennon and the Giants face a Dolphins pass defense that has surrendered 262.5 passing yards per game (fifth-most in NFL) and 20 passing touchdowns (tied seventh-most) this season.