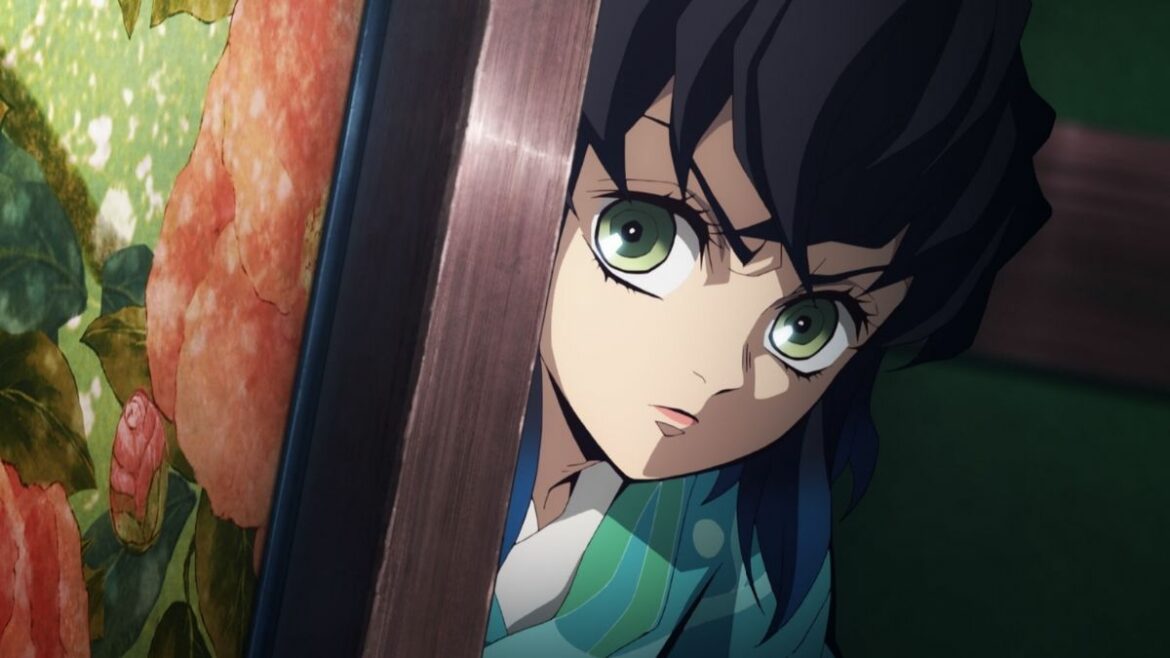 Demon Slayer fans are eagerly waiting for the official release of Season 2 Entertainment District Arc Episode 3. Well, here’s everything you need to know about the upcoming episode’s release schedule.

The Entertainment District arc of Demon Slayer finally kicked off after Season 2 Episode 7. The premiere episode was one hour long, and it introduced us to the Sound Hashira, Tengen. After some heated argument, Tanjiro, Inosuke, and Zenitsu accompany Tengen on his journey to find his missing wives.

In the previous episode, the trio successfully infiltrates the houses where Tengen’s wives were investigating some demons. And at the end of the episode, we see Makio being tortured by a mysterious monster. So, everyone is now expecting to see some action in the upcoming episode.

When Does Demon Slayer Season 2 Entertainment District Arc Episode 3 Out?

Unlike the first season, Ufotable divided Season 2 of Demon Slayer into two parts. Part 1 covered the Mugen Train Arc in the first seven episodes, and the second part will feature the remaining 11 episodes to adapt the Entertainment District Arc. So, you could say that the upcoming episode also serves as Episode 10 of Season 2.

Crunchyroll confirmed on its website that the release time for Entertainment District Arc Episode 3 would be 8 AM PST (Pacific Timing). But of course, the release time will vary depending on your time zone.

Anyway, to make things easier for you, here’s the episode’s release time for different regions:

Where to Watch Demon Slayer Season 2?

Crunchyroll and Funimation hosts dubbed version of Demon Slayer Season 2. Premium users get new episodes minutes after the broadcast in Japan. However, free users will have to wait one more week to access the latest episode. Also, in some regions, Netflix holds the rights to stream the latest season of Demon Slayer.

The official website of Demon Slayer confirmed that Episode 3 of the Entertainment District Arc is titled “Who?.” Interestingly, the website also revealed a preview image of the upcoming episode, which shows Inosuke hearing something from a distance.

In the previous episode, Inosuke learns about Makio not coming out of his room, so he’ll investigate further to find the whereabouts of Tengen’s wife.