Though he didn’t blend with the sartorial elegance of his surroundings, his casual camel palette get-up was hardly eye-popping. But his signature style of dreadlocks, which can best be described as a series of jet black sand dunes, are even more captivating in-person than they are on-screen. The Dragonball Z parallels are impossible not to draw, though he lacks Goku’s hangtime. It feels somewhat as if a CGI character has just made its entrance into a live-action film.

Curry’s eyes eventually settle on his target—the breakfast table where we’ve been seated—and he makes his way over. His confused glances give way to reluctant flashes of a toothy grin; he’s happy to no longer be spinning in place, but perhaps not thrilled that his reward is two hours with a writer. Regardless, he bounds over and takes a seat as a dainty young lady, Emily*, introduces herself as the server. It doesn’t seem that Emily recognizes the multi-platinum-selling artist, and if she does, she’s quite skilled at discretion. Curry, however, slyly acknowledges that something about her piques his interest. Seconds later, he finds his opening. 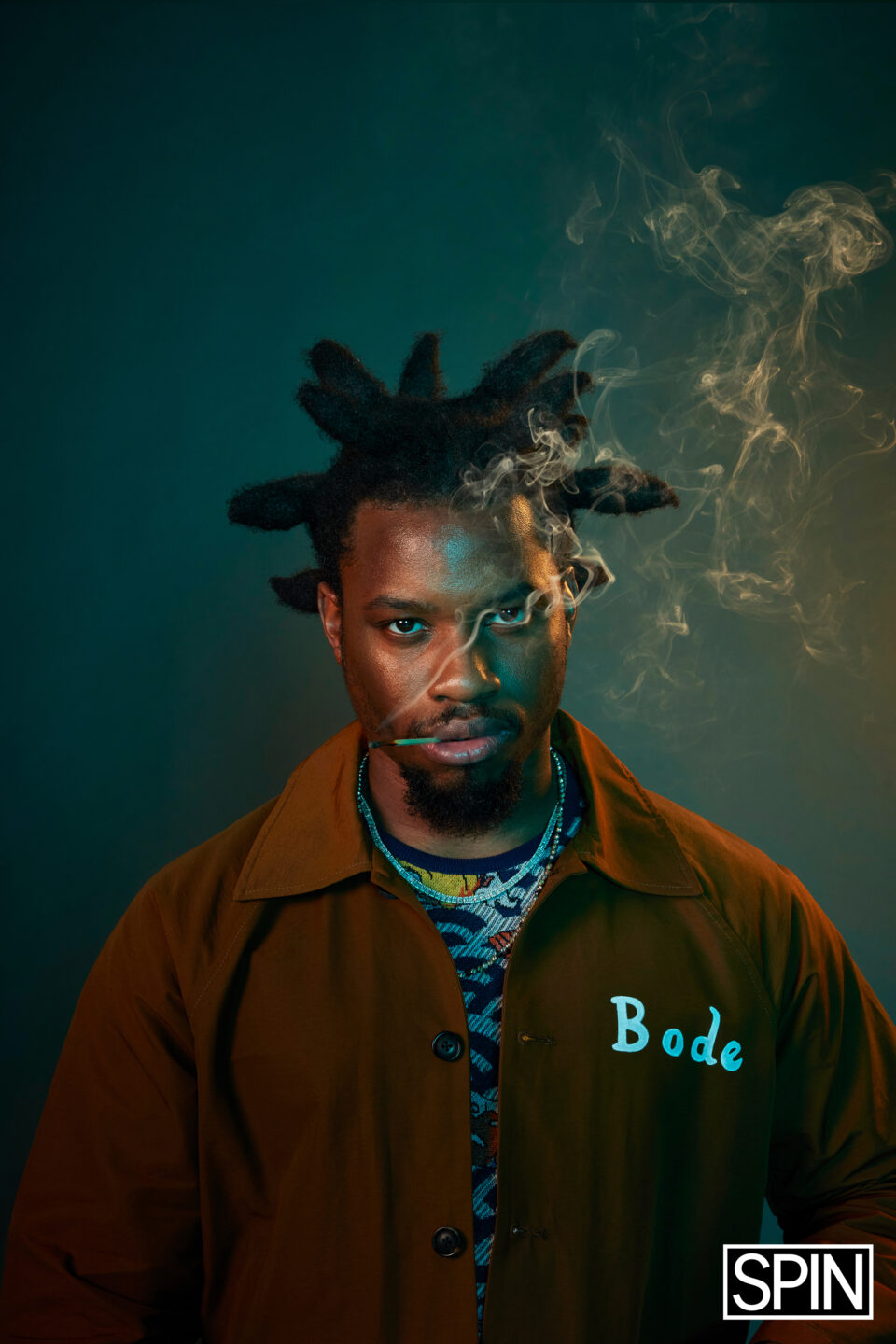 “Does that say Spooky Black?”

Emily, about to retreat from our table to tend to others, quickly takes steps back towards our table and squints her eyes, testing Curry to see if he’s trolling her. On the nametag pinned to her apron, below her given name, is another name in subtitle font: Spooky Black. “Yeah, I love him,” she says cautiously. Curry is in disbelief. He repeats the question. “You know ‘bout Corbin?” This time, opting for Spooky’s present-day moniker, which he updated in 2014. Emily reiterates her Corbin fandom and Curry’s toothy grin isn’t so reluctant anymore. He did not expect to be bonding with a complete stranger over one of 2010s rap internet’s most ironic obsessions—click here for context—yet here he was, genuinely geeked over the purity of this interaction.

Minutes later, Curry AirDrops her an invitation to a meet-and-greet he’s hosting that evening in Chinatown. Emily doesn’t promise that she’ll show up, but sincerely hopes to drop by. By this point, it’s wholly unclear who is the celebrity in this exchange.

A few moments later, Curry, impressed with his own gift of gab, playfully mocks the interaction. Oh my God, you know Corbin? Then, referencing his initial interest in Emily, he looks at me and smirks. “I called it.”

Denzel Curry is ready to cut through the bullshit.

His patience for the superficial has worn thin, eroded over time by loss, gain, grief, and therapy. He finds little fulfillment in many of the things that often characterize success at this point in his career, and even less satisfaction in the low standards currently acting as driving forces in music. He was cast into the spotlight as a teenager, established himself as a star during the most tumultuous epoch of modern-day hip hop—the dubious SoundCloud era, during which experimental artists used free file-sharing websites to launch mainstream-level careers and movements—and has proven to have the staying power that many of his peers did not. Now 27 and on the other side of a pandemic that presented him with the most challenging emotional hurdles of his young life, he is completely uninterested in Denzel Curry the idea: the rapper, celebrity and ego of it all. Instead, he’s turned his mind’s eye to Denzel Curry the person. The result is his most pensive and revealing record to date, Melt My Eyez See Your Future, an album he’s been plotting since 2018. There’s an argument to be made that Melt My Eyez is the most complete record in his catalog. There’s an even stronger argument to be made that it is the best rap record released this year. 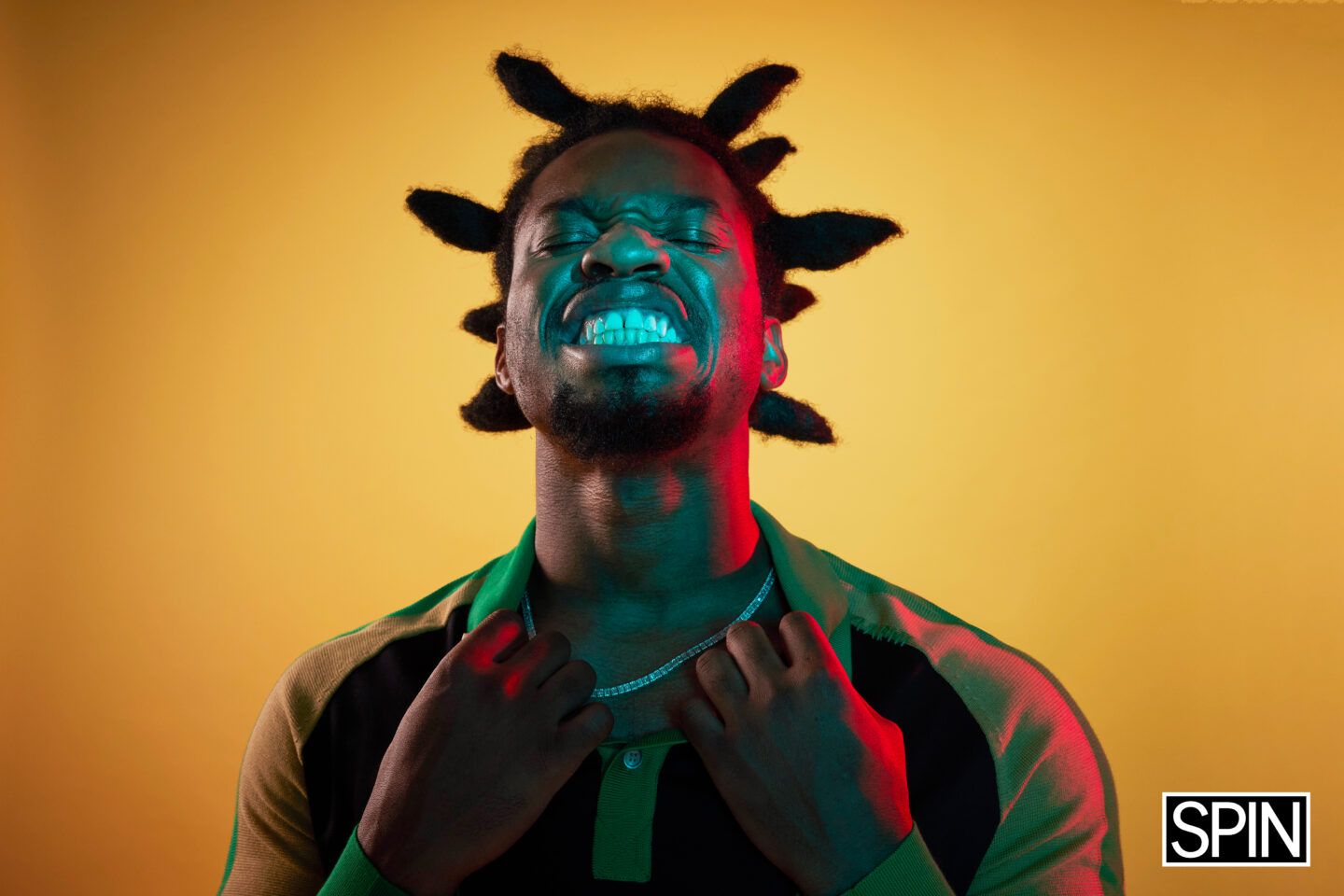 “I was like, ‘Man, I don’t got shit to talk about,’” says Curry between sips of water. He’s describing the period of time that transpired between planning and releasing the album, citing depression and an inability to focus as the driving forces behind his writer’s block. The arrival of the pandemic conjured an omnipresent theme of soul searching in 2020 as the world retreated into quarantine. People were forced to reckon with themselves and their decisions more intimately than ever before. For many it was a novel experience, examining oneself without the obstruction of “outside.” Entertainers, despite their resources, could not buy themselves a different reality. Curry moved to Los Angeles in 2018 to put some distance between himself and the volatility of the streets of Miami’s Carol City neighborhood. However, like the rest of the world, he was shut indoors and, in several ways, reintroducing himself to himself.

“I had to stay with myself, which I never do, ‘cause usually I’m distracted by some things and I don’t like being alone,” he says. “This time it’s like, ‘Damn I’m alone. Damn I don’t know what to do with myself. Damn, I’m looking at everybody dying from a sickness. Damn, I’m looking at this movement that just happened. There were riots. The George Floyd situation’.”

The virtual disappearance of the outside world that Curry had been trying to draw inspiration from was the very trigger that began to dissolve his writer’s block. “I had everything to talk about at this point. I’m doing martial arts every day, honing in on my skills as a fighter, quietness, and going to therapy. The self-realization aspect of things.”

The album rolls this spirit of catharsis into a tightly-wrapped 14-song tracklist that plays out almost as if it were a therapy session, a succinct showcase of Curry’s storytelling, sharp wit, advanced lyrical ability and sonic range. In just 45 minutes, Curry takes himself and his peers to task, challenging the listener to fight through internal and external smokescreens to gain deeper understanding of self and, ostensibly, the world. “They smacked us in the face with that bullshit, now I gotta focus on getting my soul lit,” he posits on the chorus for “Worst Comes to Worst.” Elsewhere, on “The Last,” a brooding ramble that addresses society’s ills, Curry’s suggested response is slightly more aggressive. “Any day can be our last day, so much trouble in the streets that we need to buy an AK.”

His energy varies from accepting and understanding to frenetic and impatient, a reasonable spectrum of emotions considering the level of self-confrontation he’s undergone. Musically, the spectrum is just as vast: you’ll be hard-pressed to find many projects where Robert Glasper and Rico Nasty each deliver scene-stealing performances. This is part of what makes Curry unique. His skill set as a hip-hop artist speaks for itself, yet there’s so much more to him than writing sweet 16s. He’s gleefully covered Rage Against the Machine and held live jam sessions with  Glasper that, sonically, are mutually exclusive from much of his catalog. “What drew me to Denzel was that he was a young guy who didn’t give a fuck about trends,” says Glasper of their early encounters. “He’s all about being honest and being who he is and I’m down for anybody that follows their own path.”

Fittingly, despite its range, Melt never feels incoherent. Even when mainstream stars like T-Pain and 6lack enter the room, they align with Curry’s agenda. T-Pain, of “I’m ‘N’ Luv Wit a Stripper” and “Buy U A Drank” fame, joins Curry on “Troubles,” where he laments the sobering struggles that accompany affluence and fame. 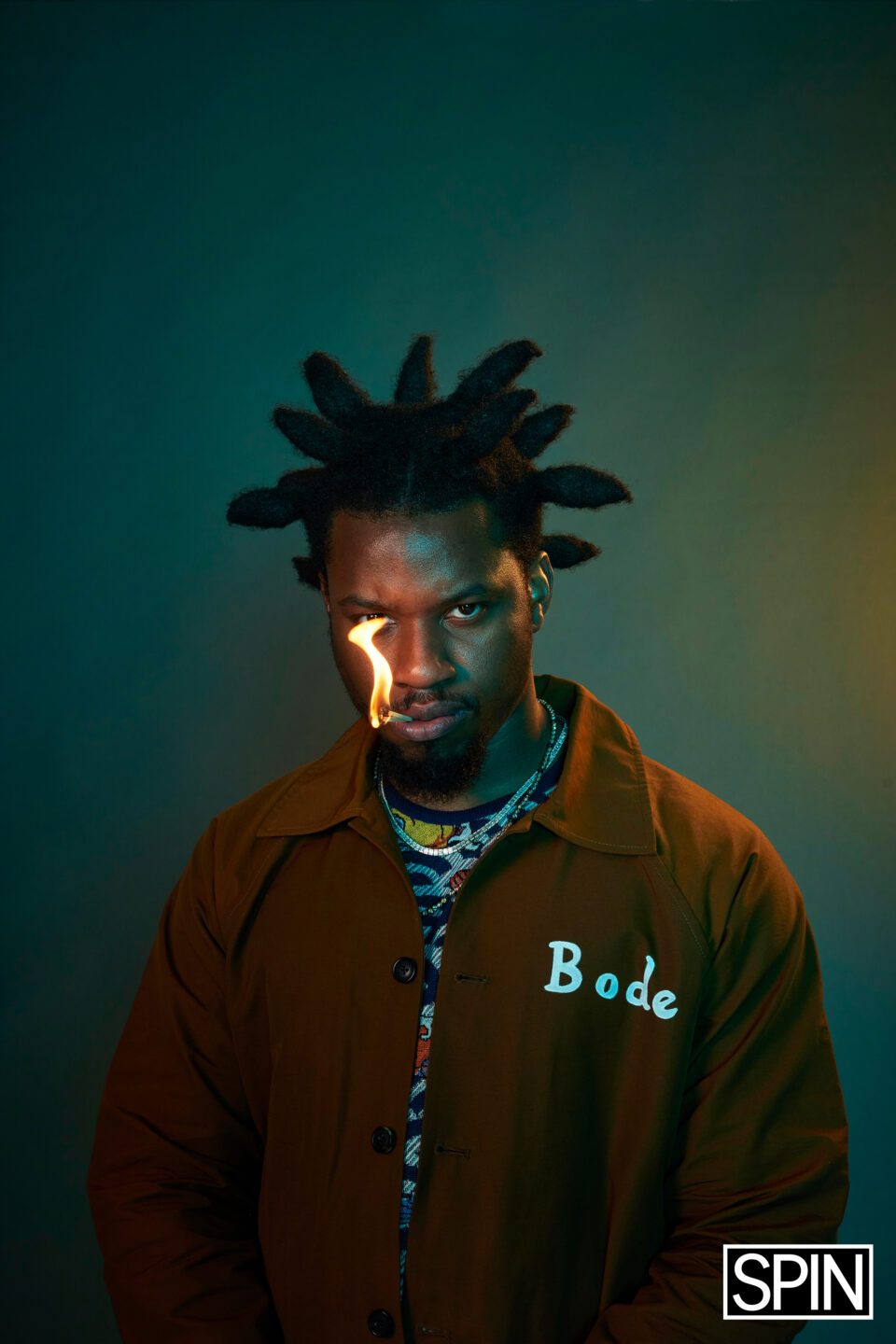 Don’t erase the history,” he says defiantly, locking eyes as he conveys the matter’s serious nature. “But they disrespected me.”

For some artists, establishing an identity after leaving a sphere of influence like Raider Klan can be challenging. For Curry, the transition was seamless. He’d watched his peers build a brand and insulate it with quality release after quality release—several of them his own—and take a local movement to national prominence. Musical descendants of what they’d created were sprouting all over South Florida, from Ski Mask the Slump God to Smokepurpp. When it was time for Curry to tend to his solo career exclusively, he had the advantage of being a rookie on the national radar, but a seasoned veteran of the SoundCloud generation, whose artists often sold tickets quicker, and more often than occupants of Hot 97’s primetime slots.

This shift couldn’t have come at a better time for an artist like Denzel Curry, who would rather pull his beloved dreadlocks out than call in Rick Rubin or Max Martin for a crash course in pop formula. But that didn’t mean his music and message didn’t carry widespread appeal. It is upon this basis that this period became the career launching pad for popular artists like XXXTentacion, Slump God, and Curry. Artists with little radio ambition, but the artistry and work ethic of a mainstream star, now had more avenues through which to thrive. Curry took advantage of this, and racked up plays on his early studio releases in the 10s-of-millions. Nostalgia 64 (2013) and Imperial (2016), two career-defining releases, were initially released to SoundCloud before being re-released on Spotify, Apple Music and TIDAL. 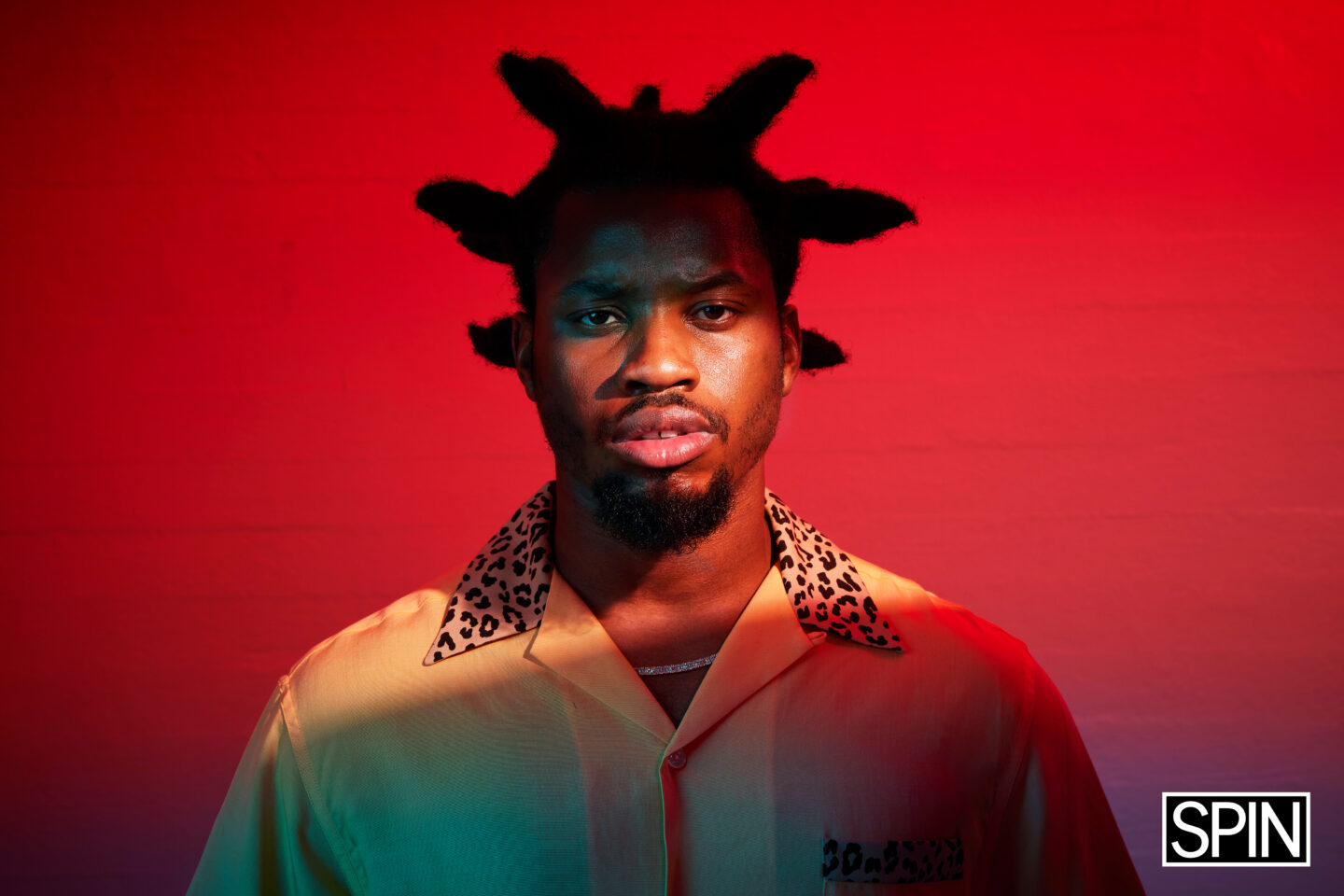