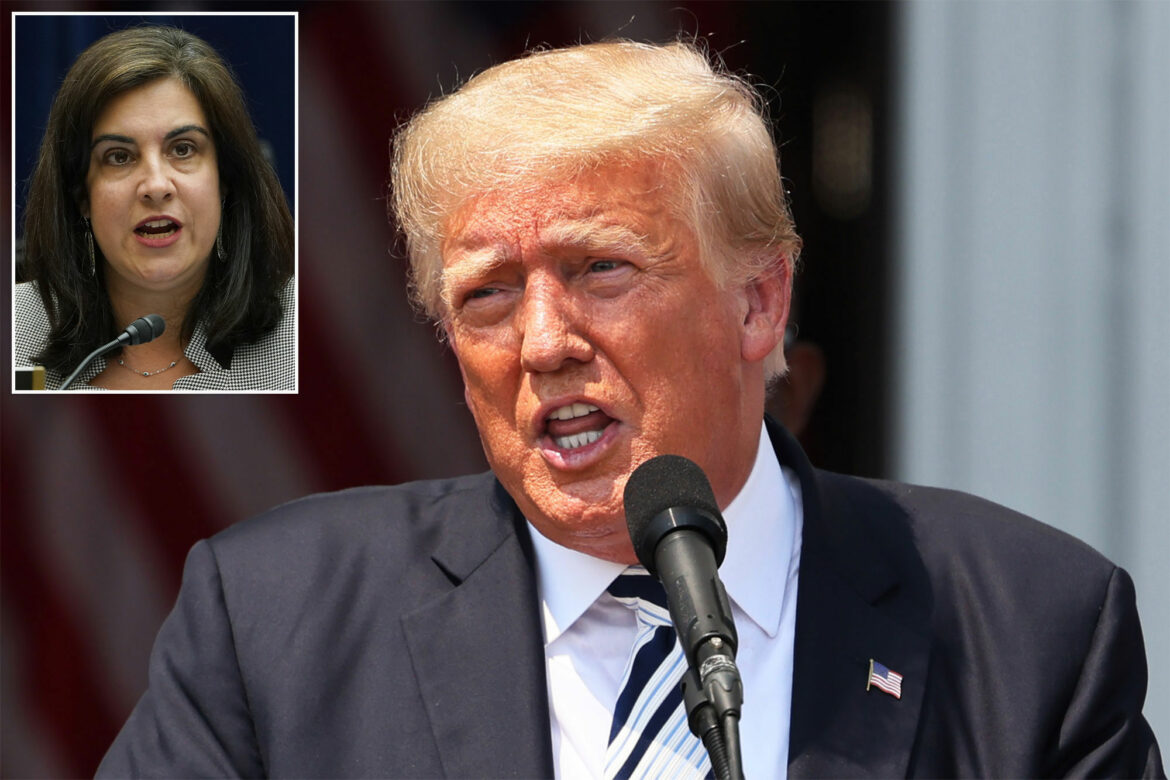 Former President Donald Trump ripped 13 congressional Republicans who backed a $1.2 trillion infrastructure bill during a lengthy speech Monday – while one of them, New York Rep. Nicole Malliotakis, listened from the audience.

Malliotakis appeared visibly shaken as Trump railed against her and other Republican House members during the National Republican Congressional Committee dinner, a source told The Post.

The freshman congresswoman and a dozen other Republicans pushed the infrastructure bill to approval Friday in a 228-206 vote after some Democratic Party infighting that threatened to sink the plan. The Senate-approved bill had six Democrats voting no — meaning Republicans would’ve killed the measure if the caucus voted no in unison.

The bill cleared the Senate in August and it has been repeatedly defended by Senate Minority Leader Mitch McConnell, a Trump rival. The Chamber of Commerce has also defended the bill.

But some Republicans in the House have sided with Trump in their criticisms of other members of the caucus who voted yes on the bill, with calls to shake up leadership posts as a punishment. Florida Rep. Matt Gaetz is calling for the ouster of Rep. John Katko of New York from the House Homeland Security Committee for his yes vote on the bill.

That would likely lead to political repercussions from moderates as Katko remains a popular member.

Rep. Nicole Malliotakis, who voted for the infrastructure bill, listened to Trump’s speech from the audience.AP Photo/Susan Walsh, Pool

At the NRCC dinner, Trump appeared friendly with House Minority Leader Kevin McCarthy, who voted no, the sources said. While they appeared cordial, another GOP lawmaker confirmed to The Post that Trump has been griping about McCarthy’s leadership.