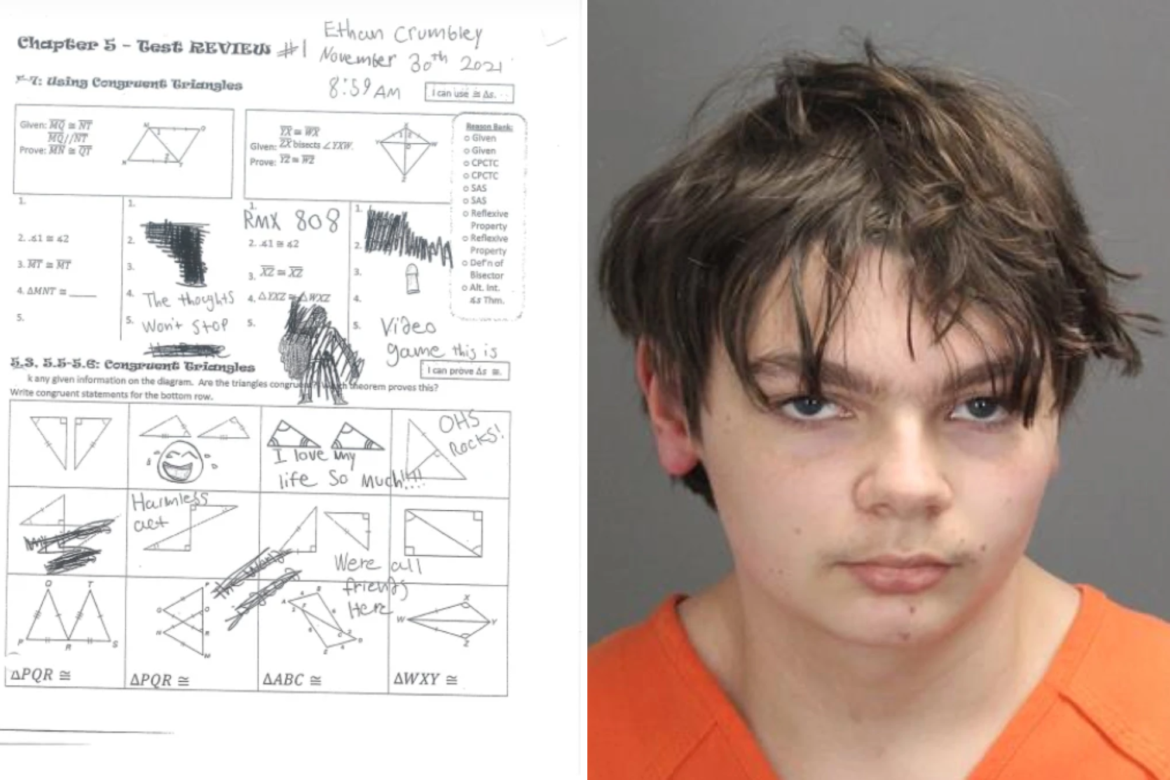 The 15-year-old later edited the sickening sketches by scribbling over some parts and adding mock cheerful phrases, the documents filed by prosecutors Thursday show.

School administrators had previously disclosed that the drawings were spotted by a teacher on Crumbley’s desk, leading to his parents, James and Jennifer Crumbley, being called to the office. But the documents, filed in the case against James and Jennifer related to their son’s mass shooting, for the first time revealed the disturbing images made in childlike penmanship.

On an assignment about congruent triangles, there are sketches of a handgun, a bullet and a person apparently lying in a pool of blood, according to the images.

He also wrote out the phrases “blood everywhere,” “my life is useless” and “the world is dead.”

He altered the paperwork after he was confronted about them, prosecutors said. The documents show he scribbled over the gun, the bloodied person and the words “blood everywhere” and “help me.”

He added a note “video game this is,” the image shows, in apparent reference to his justification that the images were ideas for a game.

“Were (sic) all friends here,” he added to the paper, the documents show.

A scan of a worksheet from Crumbley’s court documents shows disturbing drawings. 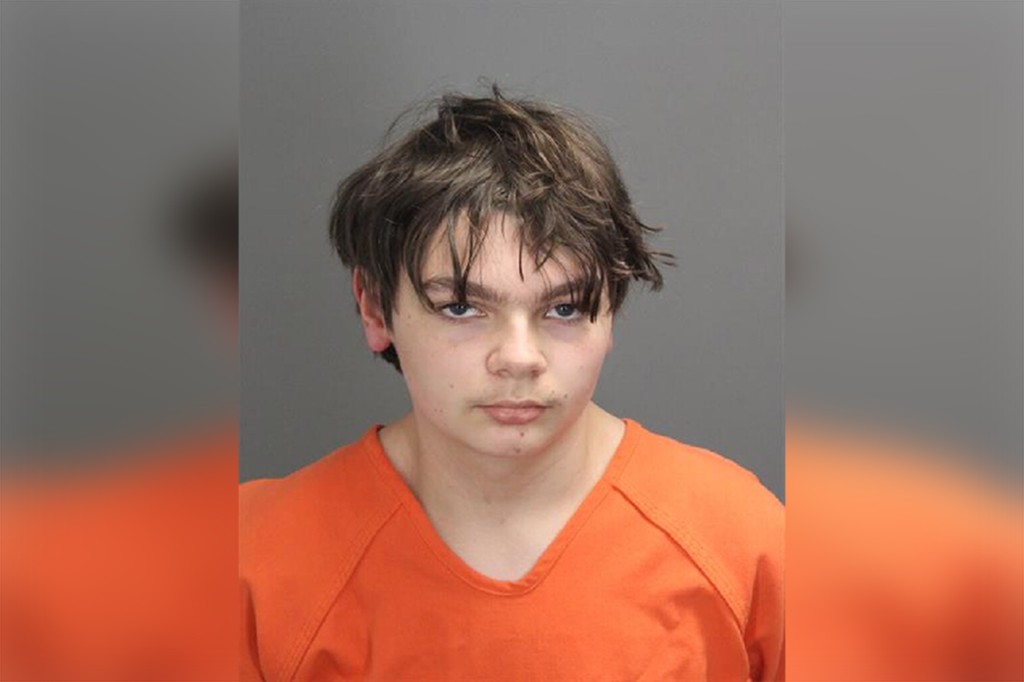 Ethan Crumbley, 15, will be charged as an adult with murder and terrorism for a shooting that killed four fellow students and injured more at Oxford High School.Oakland County Sheriff’s Office

The images were included in records from prosecutors opposing a reduction in James and Jennifer Crumbley’s bond from $500,000 to $100,000. The Crumbleys were arrested on involuntary manslaughter charges for buying him a gun days before he killed four people and injured many more at the school.

When the parents came to school to discuss the drawings on Nov. 30, just hours before the shooting, they knew their son had access to a gun they bought him just days earlier but didn’t tell administrators, prosecutors alleged. The Crumbleys were aware of a pattern of disturbing behavior and left the school confronted with the drawings but did nothing, assistant prosecuting attorney Marc Keast wrote in the papers. 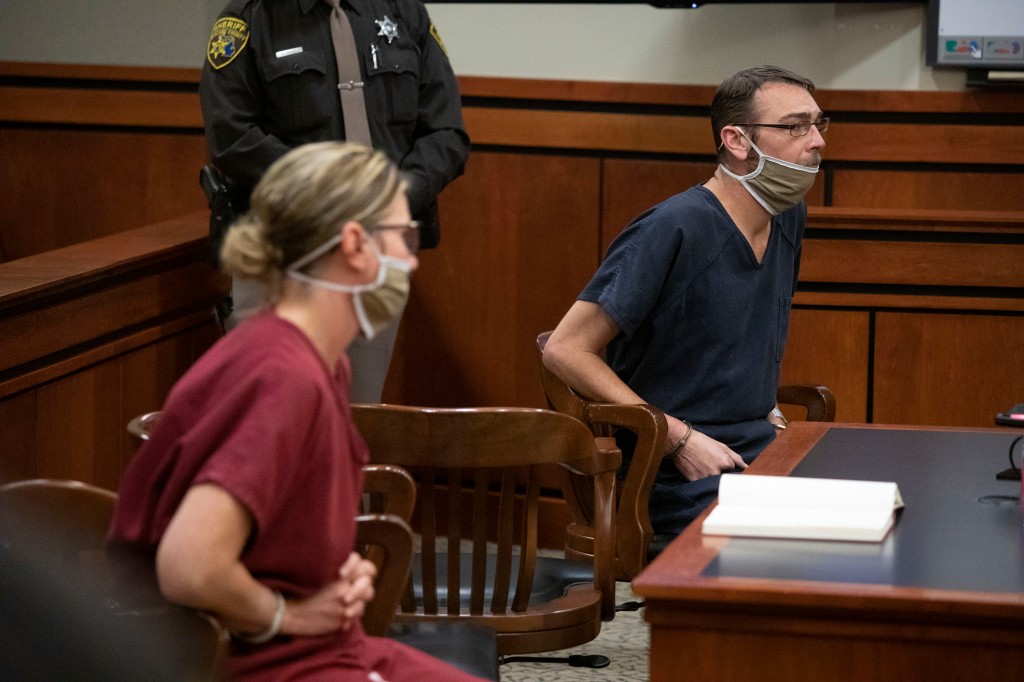 Both parents, James and Jennifer Crumbley, came to school to discuss the drawings just hours before the shooting, knowing their son had access to a gun they bought him just days earlier.Getty Images

“Despite having all this knowledge, [defendants} failed to take even the simplest action that would have prevented the massacre. All they had to do was tell the school that they recently purchased a gun for their son, ask him where the gun was, open his backpack, or just take him out.”

The documents revealed new details of the teen’s life, as he descended into animal torture and a fascination with guns that included him getting caught researching ammo at school and watching violent videos of shootings.

His parents, who faced financial struggles, didn’t address their spiraling son’s condition and instead spent several days a week tending to horses they owned and even engaging in affairs. 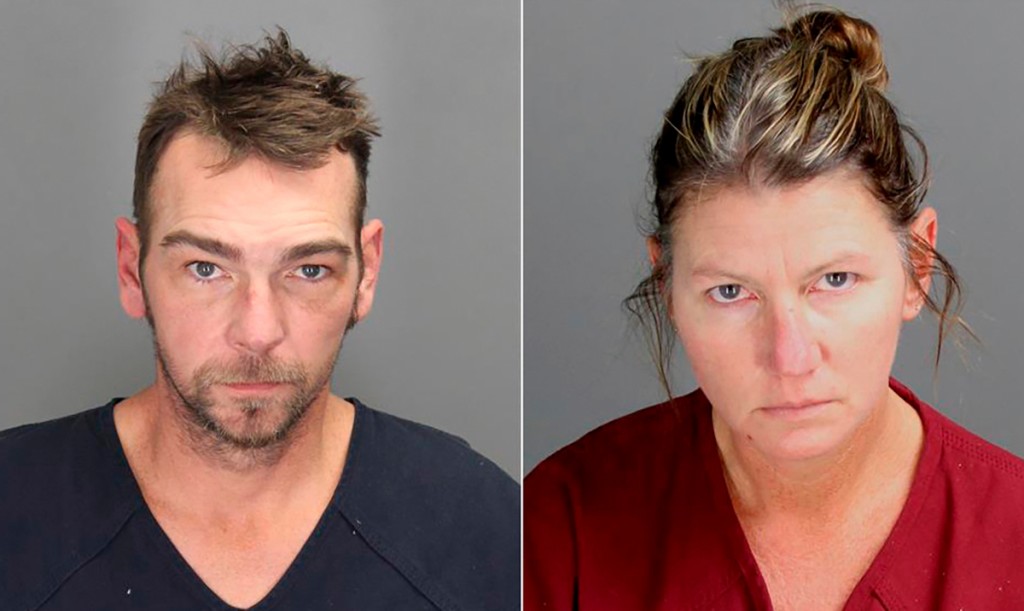 Ethan Crumbley’s parents, who were pinned by financial issues, failed to address the decline in their son’s condition — instead, spending several days a week tending to horses they owned.AP

“Their son was torturing animals, even leaving a baby birds’ head in a jar on his bedroom floor, which he later took and placed in a school bathroom,” the document claims. “Meanwhile [James and Jennifer] were focusing on themselves and their own issues, including things like extra-marital affairs, financial issues, and substance abuse issues.”

“Instead of paying attention to their son and getting him help, they bought him a gun,” the document adds.