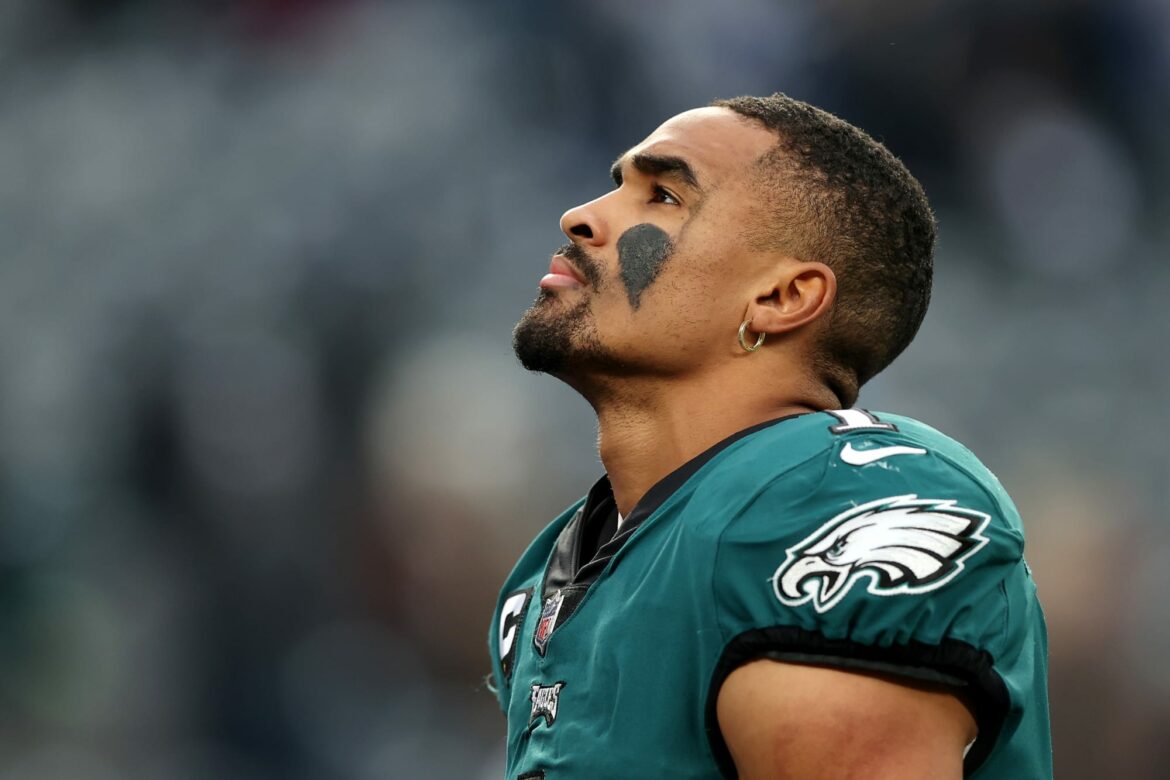 The most recent injury update for Philadelphia Eagles quarterback Jalen Hurts means that Hurts might miss a crucial playoff push in coming weeks.

The Eagles are 5-7, but the Philadelphia team could still make the playoffs. That’s the state of the NFC, and the NFL at large, in the 2021 season. As teams head into December with various Week 13 schedules, the Wild Card slate for the playoffs remains uncertain.

The NFC East is expected to be clinched by the Dallas Cowboys, who lead with an 8-4 record bolstered by a Thursday night win over the New Orleans Saints.

The only hope the Eagles have of seeing the playoffs is getting some much-needed wins in the coming month, but their most recent injury report suggests their playoff hopes may be dashed.

According to Ian Rapoport, Hurts is listed as questionable with an ankle injury as of Friday afternoon.

It seems that the divisional winners are relatively set this December, with each NFC division being led by a team with eight or more wins.

As it stands, the Eagles are competing with five other NFC teams with exactly five wins: the Washington Football Team, the Minnesota Vikings, the Atlanta Falcons, the Carolina Panthers and the New Orleans Saints. Of course, a 4-7 team like the Chicago Bears could surpass all of these teams for that seventh spot, but these six teams tied for five wins are neck and neck as they near the seasonal finish line.

Because of the addition of a 17th game, the playoff bracket is even more uncertain. As unrealistic as it may sound, the 5-7 Eagles still have a chance of making playoffs, albeit a slim chance. Losing to their divisional rival diminished their chances, as this is a moment where every win counts.

#Eagles currently have a 23% chance of making the playoffs, per 538. Would have been around 60% if they beat the Giants.

Just as the Giants loss decreased their chances of making the postseason, a game without Hurts would limit them against the New York Jets. Dec. 19 presents an even greater challenge: the Eagles face Washington, the NFC East rival with a better positional standing.

If Hurts does not suit up, Gardner Minshew is his expected replacement, per NFL.com. If Minshew can channel that Minshew Mania energy, perhaps the Eagles still have hope after all.