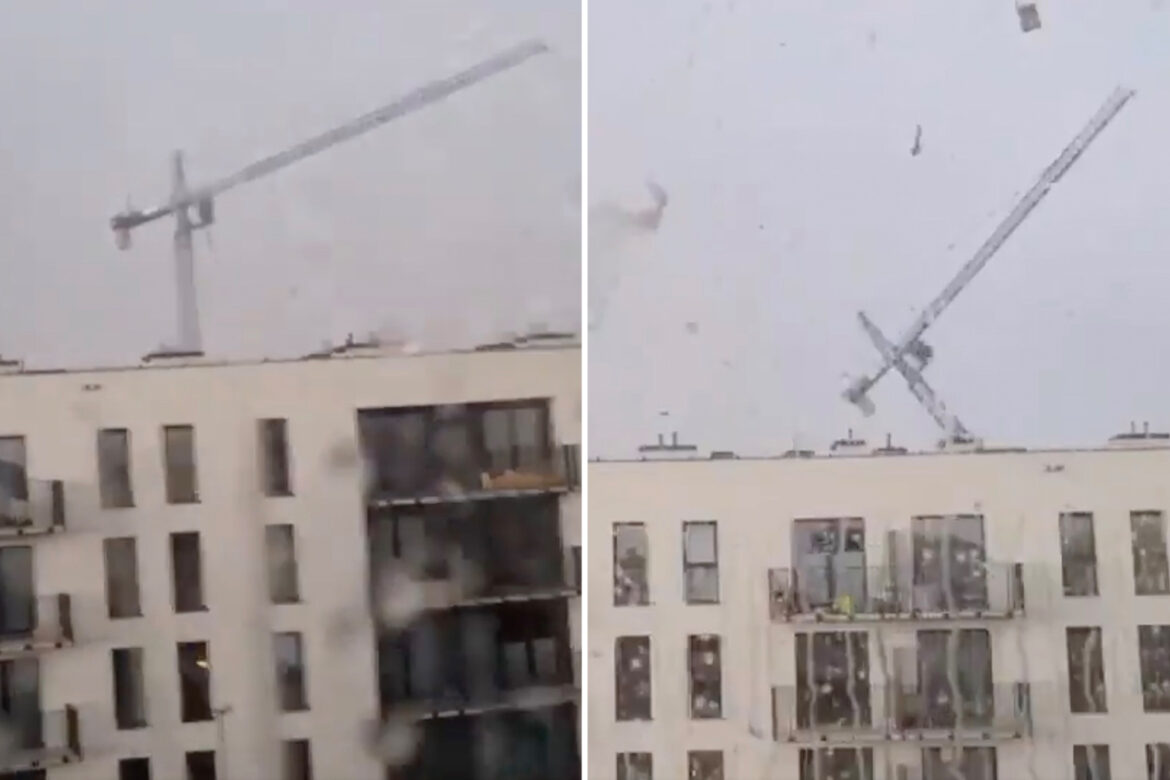 This is the terrifying moment a 98-foot crane is blown over by strong winds crushing two workers to death.

It comes as a series of storms has battered Europe in the past days, with the UK recording gales of 122 mph, by Storm Eunice.

Shocking footage shows debris in the air while moments later a crane on a construction site gets knocked over, disappearing behind an apartment block in Krakow, Poland.

One of the workers was reportedly working on the roof of the building while the second one was on the ground, on Thursday.

One of them was pronounced dead at the scene while the other died later from his injuries, Vertikal.net reported.

The crane was out of service at the time of the storm as Poland’s weather service recorded wind speeds of nearly 40 mph in the area on Thursday.

Cops have also launched an investigation into the cause of the incident and whether safety measures were taken ahead of the extreme weather conditions.

A spokesperson for the developer the Murapol Group told the outlet in a statement that all the cranes at their sites across the country “were taken out of service and put into their safe out of service wind mode.”

They added that “there was no operator in the cabin of the machine” but “unfortunately, four people working for a sub-contractor were injured, one fatally. “

This article originally appeared on The Sun and was reproduced here with permission.