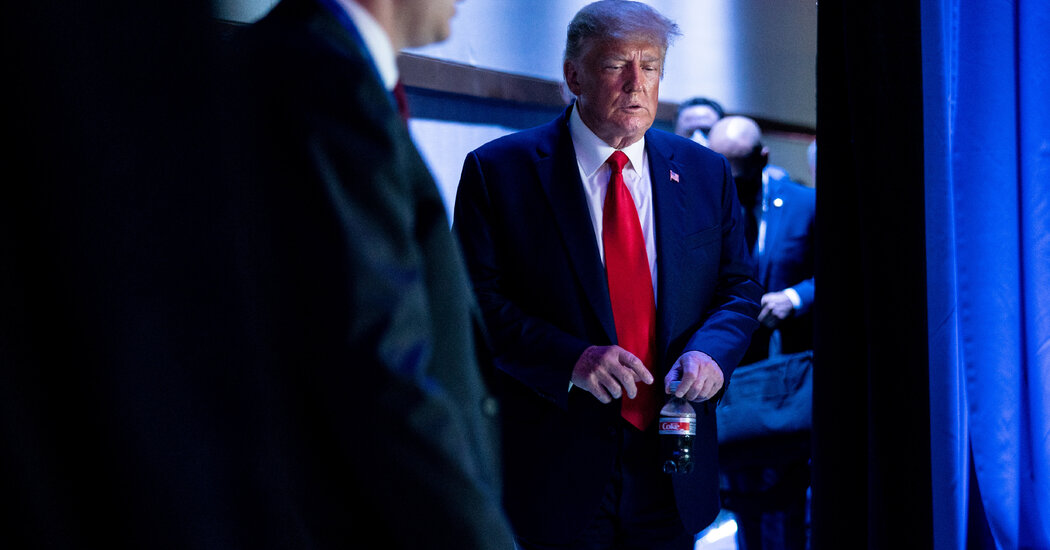 But the process is further detailed in the Electoral Count Act, which says that as lawmakers read through the electoral results of each state during a joint session of Congress, members of the House and Senate may submit objections in writing, which can be sustained if a majority of both chambers approves. In the event that a state submitted multiple slates to Congress, the governor’s certified electors would hold, the law says, unless a majority in both chambers voted to reject them.

The statute was written in the aftermath of the disputed election of 1876 between Republican Rutherford B. Hayes and Democrat Samuel J. Tilden, and has dictated how Congress formalizes elections, mostly without incident, ever since.

But what unfolded on Jan. 6 tested its limits.

Both of the objections by Mr. Trump’s allies — who sought to invalidate the electoral votes of Pennsylvania and Arizona — failed in the House, although the vast majority of Republicans supported them. Yet in the months since, it has become clear those challenges were part of a broader strategy. John Eastman, a lawyer advising Mr. Trump, drafted a plan that included sending to Mr. Pence, who presided over the joint session in his role as president of the Senate, a slate of Trump electors from seven states won by Mr. Biden.

Mr. Eastman and other allies of Mr. Trump suggested pressuring the vice president to accept the alternate slate of Trump electors, throwing out legitimate votes for Mr. Biden. Under such a scenario, Mr. Eastman argued, a vote of those states’ delegations in the House, favoring Republicans, could keep Mr. Trump in power.

“The antiquated law governing the Electoral College vote count is too vague and ripe for abuse, and it resulted in baseless objections that delayed the democratic process,” said Senator Amy Klobuchar, Democrat of Minnesota and the chairwoman of the Senate Rules Committee. “It’s time to update this law to safeguard our democracy.”