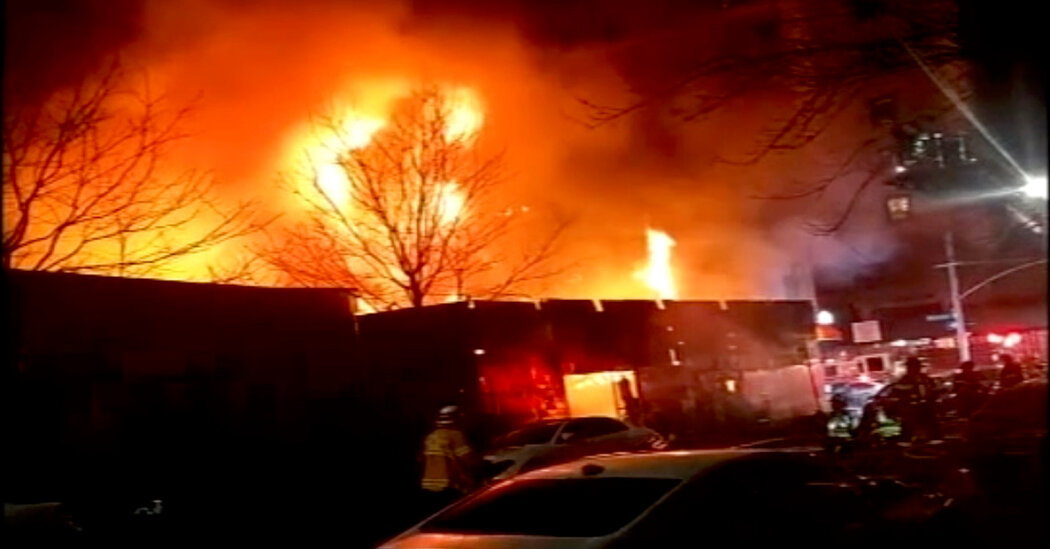 More than 100 firefighters responded to a fire at a building under construction that collapsed in Brooklyn on Monday, officials said.

Just before 6 a.m. Eastern, firefighters were called to the corner of Gates Avenue and Nostrand Avenue in the Bedford-Stuyvesant neighborhood, a spokesman for the New York Fire Department said. The spokesman said that no injuries had been reported.

At least 25 units and 106 firefighters were on the scene, he said.

Video of the fire on Twitter showed smoke rising far above nearby buildings and across the intersection, which appeared to be blocked off.

It was unclear whether residents in the area were required to evacuate.

At least 17 people, including eight children, were killed last month when a fire broke out at a 19-story apartment building in the Bronx. Officials described that fire as one of the worst in recent memory and said that the fire had been contained to one apartment and the hallway. However, smoke had quickly fanned throughout the entire building.