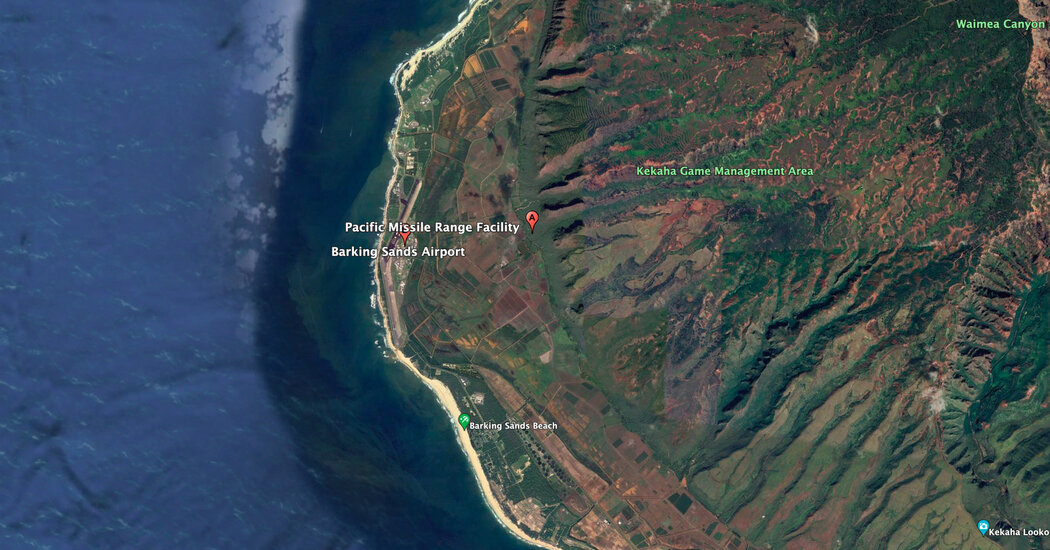 A helicopter operated by a military contractor crashed during a training mission in Hawaii on Tuesday, killing all four people on board, the U.S. Navy said.

The helicopter, a 58-foot-long Sikorsky S-61N, was supporting a training operation at the Pacific Missile Range Facility on Kauai island, and was operated by the Croman Corporation, an Oregon-based contracting company, the Navy said.

The four people on the helicopter were all Croman employees, said Brian Beattie, an operations director at the company. The aircraft was “conducting routine training operations under contract to the U.S. Navy,” he added.

Their identities had not been released by late Tuesday.

Mr. Beattie told Hawaii News Now that something went awry as the helicopter was attempting to drop an object it had retrieved from the water.

Chris Turner, who owns a boat tour business, told The Honolulu Star-Advertiser that the helicopter was at the north end of the runway lowering items when it suddenly made an erratic right turn and then swiftly went nose down into the runway.

“It just went down,” Mr. Turner told The Star-Advertiser. “It was full speed. It was crazy.”

The National Transportation Safety Board said in a social media post that the agency is investigating the crash.

The military conducts missile tests and training at the 2,385-acre base on the western shores of Kauai, the northernmost of the main Hawaiian islands. The naval base has more than 1,000 square miles of underwater range, for exercises involving submarines and surface ships, and 42,000 square miles of airspace.

Helicopter and plane crash deaths are not uncommon in Hawaii. In December 2019, seven people on board a tourist helicopter died when the aircraft crashed on Kauai’s southern side. More than a dozen people were killed in other aircraft crashes that year in Hawaii.

The crash Tuesday on Kauai was one of multiple military-related helicopter crashes that occurred on Tuesday morning. In Utah, two UH-60 Blackhawk helicopters crashed near Snowbird Resort during a training exercise, the Utah National Guard said. There were no injuries.