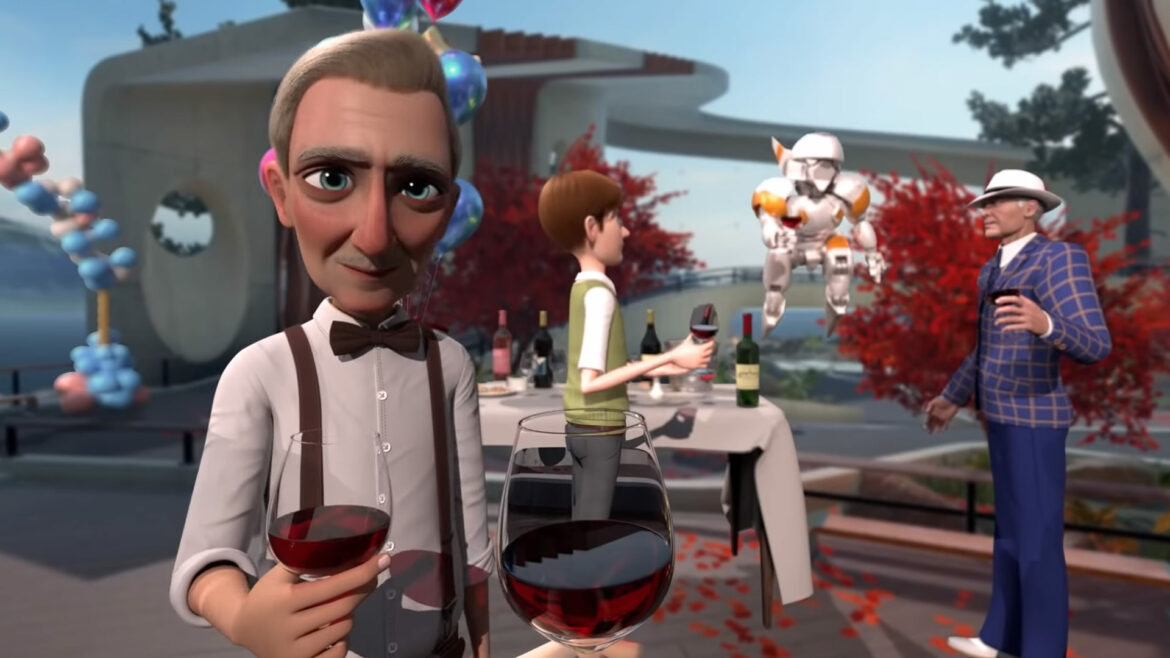 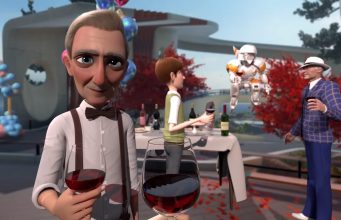 HTC released a video showing off its vision of the metaverse, a reflection of what the company thinks virtual spaces will look like in the near future. And… it’s not a great look.

Some ideas are inevitable. Slim and light XR glasses capable of fluidly serving up novel and meaningful interactions are basically the holy grail in tech right now, with Apple, Meta, Google, Qualcomm, and many more laying down the groundwork to one day make them a reality. When that will happen, no one can say.

HTC’s most recent concept video isn’t at fault for shooting for the stars. It is, after all, only a showcase for what should be outwardly neat concepts, but it unfortunately manages to land pretty hard on its face as it wildly strings together some of its favorite buzzwords and concepts that feel plucked straight from trending hashtags. It feels, well, like a parody, raising the question of whether HTC’s drably conventional futurism is actually doing more harm than good.

Add VR, AR, and AI together and you have the fundamental recipe for the metaverse. That’s at least what Meta laid out in its futuristic concept video as it makes its transition from traditional social networks to a self-described “metaverse company.”

Meta’s video, which it released during its Connect developer conference in October, is less a roadmap and more a marketing barrage—like a hundred Magic Leap ‘whale’ moments smooshed into one.

It’s supposed to get you excited, but also open up a range of interactions to an audience that may have heard of AR or VR, but may not really know what either means functionally.

Okay, a playdough-faced Mark Zuckerberg isn’t exactly what dreams are made of, but you have to give credit where credit is due: it looks pretty amazing, even if the smug, corporate cleanliness of it all doesn’t more than resemble the beginning of a Black Mirror episode. It at least makes the effort to demonstrate that the metaverse will one day let you do almost anything you can imagine.

Now toss in some of HTC’s favorite concepts from the last few years: 5G, blockchain, sprinkle in some NFTs, reduce the production budget by a whole bunch and you’ve got a treacly sweet dollar store knock-off of Meta’s hype video that feels like it’s more concerned with lining up the right buzzwords than offering an honest-to-goodness vision of the future.

Yes, we know the future will be cool, but is the future… VIVERSE? You be the judge.

That’s not only my hot take. YouTube may have removed the counter on its ‘dislike’ button, but a simple browser extension reveals that HTC’s video is currently sitting around a 3:1 dislike ratio, which isn’t typical for any of the company’s videos. You might chalk that up to residual metaverse hate, courtesy of Meta and not HTC itself, but… well, that should have been preventable by not making a remarkably worse, less demonstrative version.

What’s confusing—besides how you actually pronounce ‘VIVERSE’, or that the future is somehow just a standard version of VIVE XR Suite, or that you have to press a ‘CHEERS’ button to drink, or that you pay for a glass of wine in your house with Bitcoin, or that you can actually hug an entirely photoreal version of your grandma then buy her a cat NFT and she doesn’t even ask why the hell you would waste your money on that… sorry, lost myself there—the confusing thing is how HTC plans on creating this future for anyone, let alone the more outwardly mature, less gaming-focused enterprise segment it’s been courting the past few years.

To think, HTC and Oculus were once competitors back in the early days of consumer VR. Since the launch of Quest in 2019 though, HTC has progressively shied away from appealing to consumers outside of China because it didn’t (more likely couldn’t) invest the same heaps of cash that Meta has in a standalone app ecosystem for its own standalone Focus headsets. Ever since, it’s been pumping out higher-cost headsets for enterprise and arcades outside of China, and quietly maintaining its own PC VR app store Viveport (which has a worse selection of games than Steam, but at a subscription price so you can actually play a bunch of great VR games at a significantly cheaper price than buying them individually).

But until we see HTC more broadly appeal to consumers though with its hardware and standalone app ecosystem, it’s hard to take the company’s vision of the metaverse any more seriously than its NFT marketplace—a quickly produced, low upkeep project that is more flash than boom. And that’s a sad thought for a company that still has the ability to deliver legitimately great VR hardware, and simultaneously hasn’t perpetrated a steady stream of privacy scandals over the years. The Vive XR Suite isn’t bad either, but it’s not the future—it’s the now.

Granted, these perfectly integrated XR futures aren’t coming anytime soon, and no one company will likely be able to make them a reality alone—no matter how slick the hype video, or how buzzy the word. Still, that doesn’t mean the immersive web of tomorrow will be a neutral playground that all companies are equally building towards. If the mobile market is any indication, we can at least expect to see early efforts divided along product ecosystems.

And in the meantime, even if the top headset producers imbue their next device with all of the wishlist items, like eye-tracking, facial haptics, varifocal lenses, all-day batteries, wide FOV displays—it’s probable that none of these things will impress anyone if they aren’t already paying attention to the space. This may mean most people are still a few device generations away from getting their first VR headset, and decidedly more for an AR headset.

So you might ask, what exactly is HTC and Meta selling with these far out concept videos? It actually may be more about what they’re buying: time.

Do you think these sort of concept videos do more harm than good? Let us know your thoughts below.