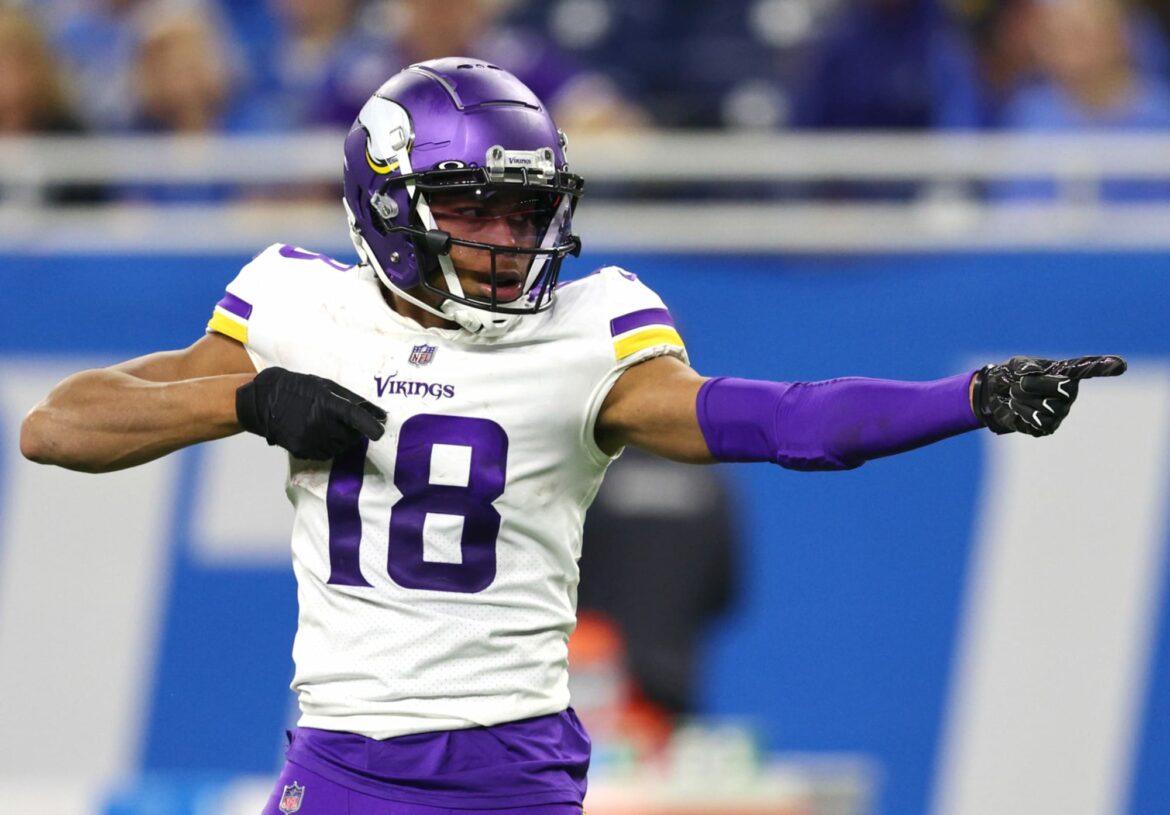 The Minnesota Vikings hit the reset button after failing to make the playoffs this season. New general manager Kwesi Adofo-Mensah was in charge of the head coaching search and after bringing in multiple candidates, the team zeroed in on Los Angeles Rams offensive coordinator Kevin O’Connell. Being a top offensive coach for the Rams, who are playing in Super Bowl, O’Connell already has a huge fan on Minnesota’s roster in running back Dalvin Cook. But now, he has another top Vikings player on offense excited.

When speaking with NFL Network’s Cameron Wolfe, Vikings wide receiver Justin Jefferson said that he is excited to have an offensive-minded head coach.

“I’ve been watching the Rams offense for a minute now,” Jefferson said, via NFL.com. “They get their playmakers the ball. They have some tremendous plays, Cooper Kupp wide open all the time. So, I’m excited for it. This is my first head coach that’s going to be on the offensive side instead of the defensive side, so I’m happy.”

It is easy to see why Jefferson would be pumped up to be working alongside O’Connell. As he points out, look at the season Kupp had with the Rams.

In his fifth season, Kupp led the league with 145 receptions for 1,947 yards,16 touchdowns and a yards-per-game average of 114.5. Once the regular-season ended, Kupp fell just short of breaking Calvin Johnson’s single-season receiving yards record (1,964) and Michael Thomas’ single-season receptions record (149). When it comes to Kupp being wide open all the time, there was no better example than in the team’s Divisional Round record against the Tampa Bay Buccaneers, where he broke away from the defense deep downfield for a huge gain to set up Matt Gay’s game-winning field goal at the buzzer.

Jefferson is coming off an incredible season of his own, where he caught 108 passes for 1,616 yards and 10 touchdowns on 167 targets. Jefferson led the league in scrimmage yards per touch with 14.3.

If Jefferson is excited about O’Connell as the new head coach, then Vikings fans should be stoked about the hire.