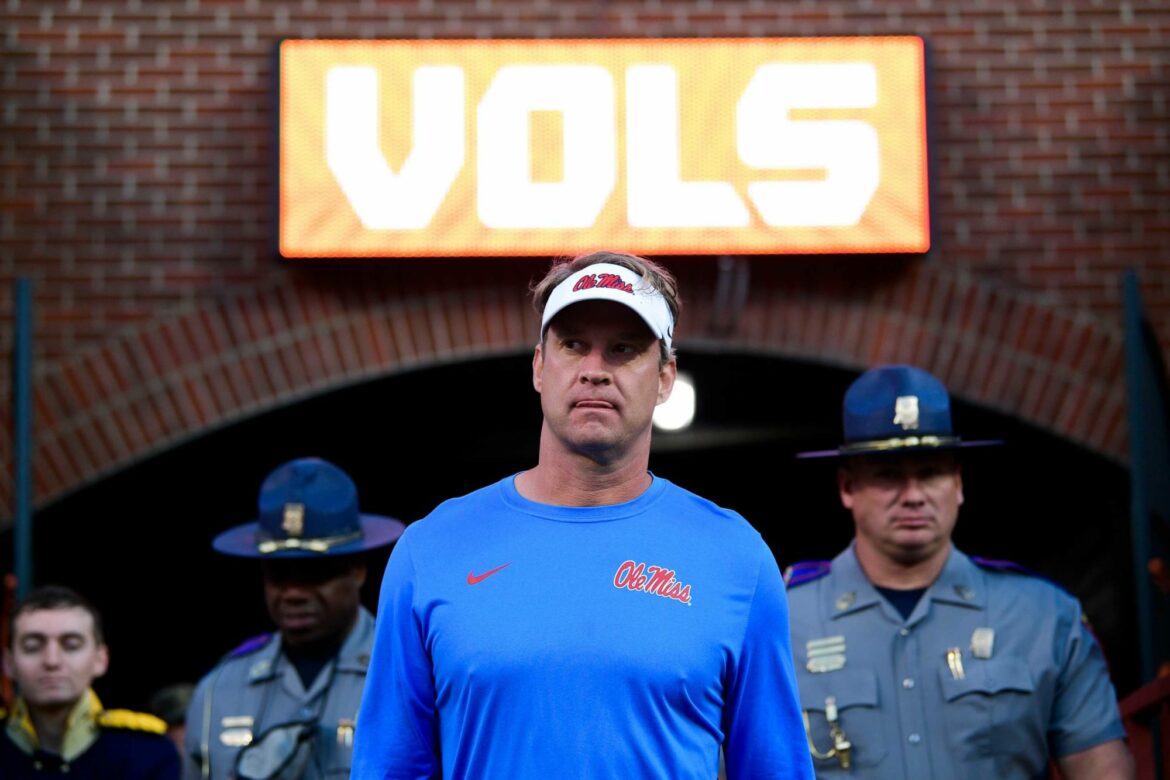 Alcohol sales are one of the ways many colleges are looking to make more money during athletic events. Down in Knoxville, the Tennessee football program certainly brought in a ton of revenue as their fans sought opportunities to spend their money on alcohol this past season.

Interestingly enough, the Lane Kiffin taking the Ole Miss Rebels to Tennessee happened to bring in a ton of alcohol revenue for the Vols in 2021.

According to a report from the Knoxville News Sentinel, a records request revealed that Tennessee ended up selling 47,890 alcoholic beverages during the Vols’ game against the Rebels. And apparently that means Tennessee brought in $547,726 in revenue during that one game alone. That’s more than any of the other games from this past season.

The report also notes how 18 people ended up getting arrested and 51 folks were ejected from the stadium during that same game.

That game got a little rowdy.

Tennessee ultimately ended up getting fined for the shenanigans that went on with mustard bottles and whatnot being hurled onto the field, but the $250,000 fine really doesn’t mean much compared to how much the Vols brought in for the season thanks to alcohol sales during games.

Vols fans bought enough alcohol to generate a whopping $2.67 million of revenue for the university and Aramark to split, according to the Knoxville News Sentinel report.

And Kiffin simply existing and bringing his Ole Miss Rebels to town in some way helped generate a good chunk of that money. Of course, given Kiffin’s history with the Volunteers, it makes sense that there’d be a ton of people at that game in particular. It’s also not totally surprising that people bought a lot to drink that night.