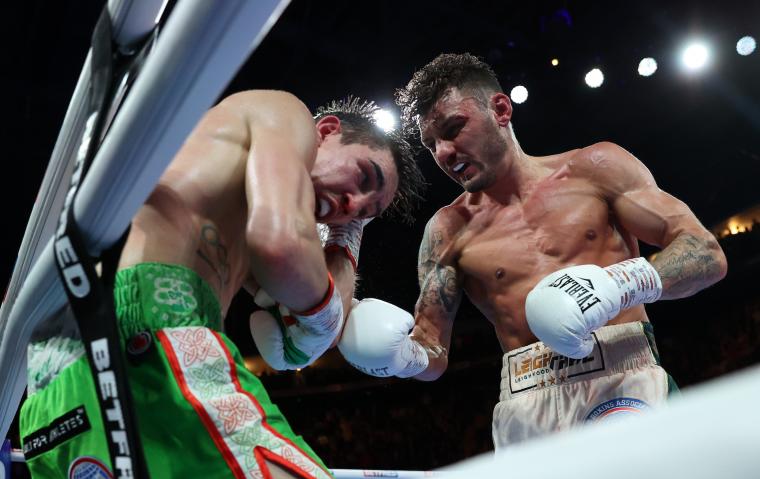 Leigh Wood retained his WBA world featherweight title by sensationally knocking Michael Conlan out of the ring Saturday night in what will surely be a Fight of the Year contender.

Wood came into the bout off the back of a surprise victory over Can Xu at Matchroom Fight Camp last summer. He became a world champion there with a 12th-round stoppage. Conlan, meanwhile, last fought a week after Wood’s impressive win, beating TJ Doheny in his native Belfast to claim the interim title.

For Conlan, eventually claiming a world title seemed to be a formality. He’d been plucked out of the pack early in his career and had Conor McGregor walking him out during a Madison Square Garden debut in 2017.

After Saturday night’s instant classic, Wood now looks almost certain to achieve his lifelong dream this summer, while Conlan has a first “L” on his pro record. 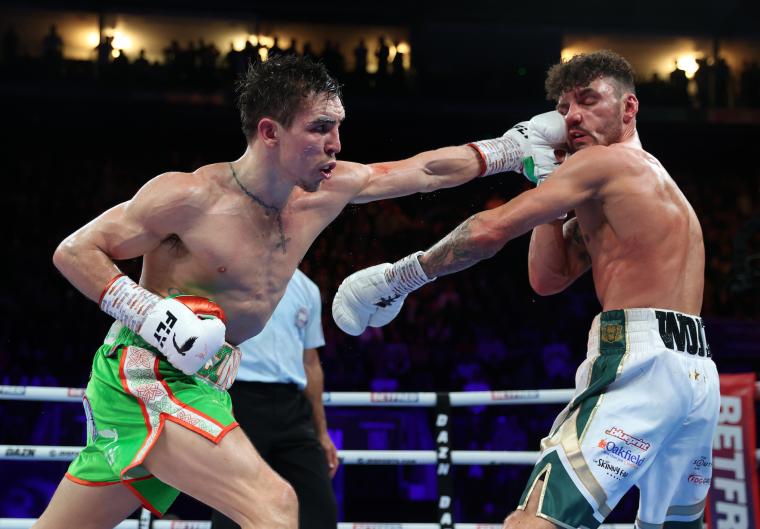 It led to a fantastic atmosphere, as expected, and that fed into a ferocious first round. Conlan’s fast hands were evident from the start, and he dropped Wood right before the bell with a superb left.

But he hung on and slowly began to gain a foothold in Rounds 3 and 4. This was a back-and-forth affair that you couldn’t take your eyes off. In the fifth, one dramatic mid-round exchange saw Wood again stunned, and it looked like he would be hitting the canvas for a second time. Yet, while his legs and body looked completely gone, his heart was not. He bit down on his gum-shield and found some grit within. 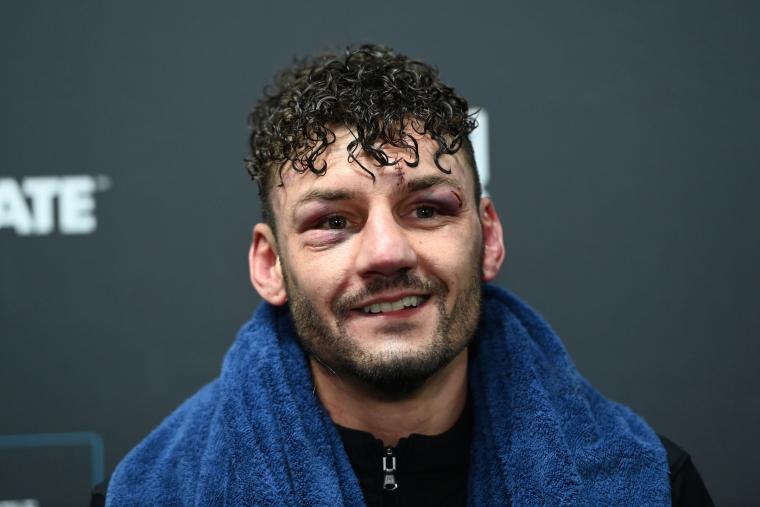 Wood, after eating another couple left hooks and surely about to lose another round, ended the 11th by flooring Conlan. There was an element of controversy, with both the fighter and his corner insisting it was a slip.

Either way, the Irishman was on the verge of becoming a world champion. There was enough of a cushion. All he needed was to survive three minutes against an opponent he clearly had the better of.

Up stepped Wood, and the comeback performance of the year so far followed. He required a KO, and he delivered the ultimate KO.

Conlan fell out of the ring head first.

The more likely scenario, however, is Wood next taking on the winner of Josh Warrington vs. Kiko Martinez, which will take place an hour north in Leeds on March 26.