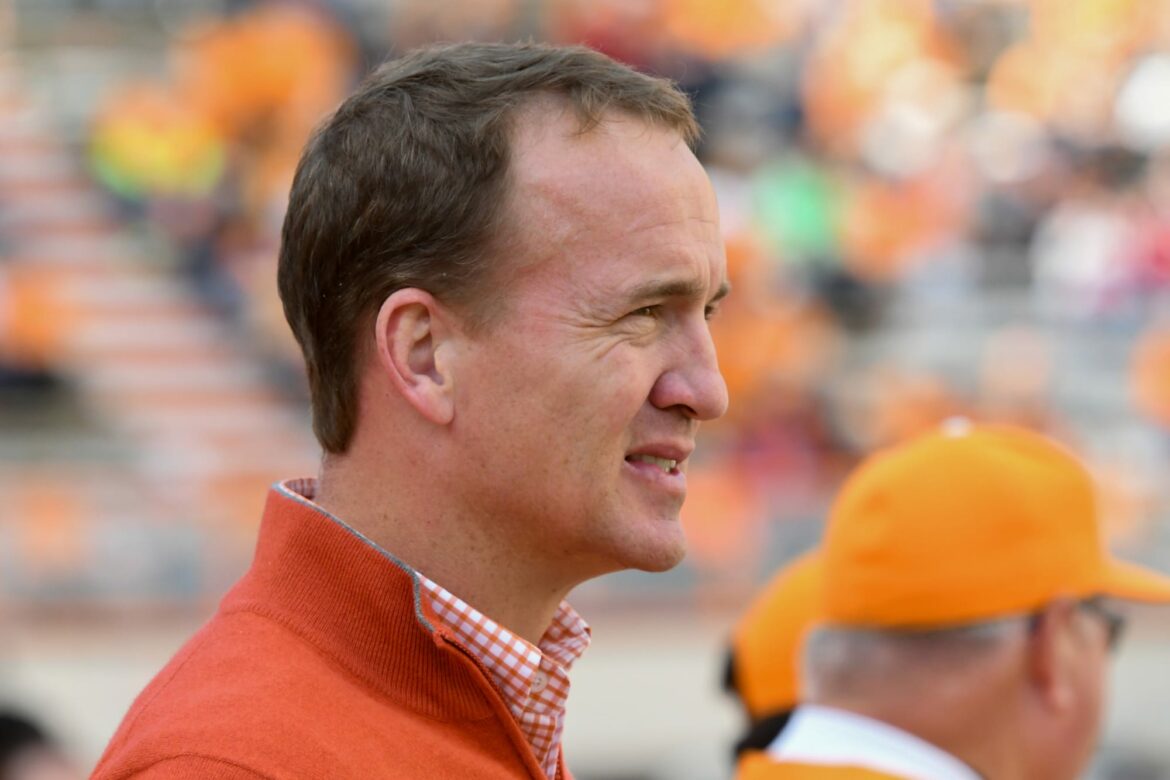 Peyton Manning wore an Ole Miss jersey during the Manning-cast on Monday after losing a bet to Eli.

Following a brief hiatus, the Manningcast has returned for the Week 7 edition of Monday Night Football between the Seattle Seahawks and New Orleans Saints. Prior to the break, Peyton and Eli made a bet, as their alma maters in Tennessee and Ole Miss respectively faced off. The loser of the game would have to wear the opposition’s jersey.

With the Volunteers losing 31-26 to the Rebels, Peyton had to honor the bet by wearing an Eli Manning No. 10 Ole Miss jersey. He struggled to put the jersey on, as he claimed that Eli sent him a youth medium. Eli said he didn’t give him a game-worn jersey because he did not want Peyton’s head to stretch out the neck.

As if Tennessee fans could not feel any worse after seeing that, Ole Miss head coach Lane Kiffin decided to rub it in the faces of their SEC rivals.

The game between Tennessee and Ole Miss was a back and forth affair, with the game coming down to the final drive. However, it was overshadowed by Tennessee fans throwing objects on the field, including golf balls, vape pens and mustard bottles, creating a delay of game. After all of that, it was the Rebels who walked out of Neyland Stadium with the win.

What a week for Eli. This past Saturday, the former New York Giants quarterback had his No. 10 retired by Ole Miss, as the Rebels went on to defeat the LSU Tigers 31-17. Now, he got to watch his older brother wear his college jersey.