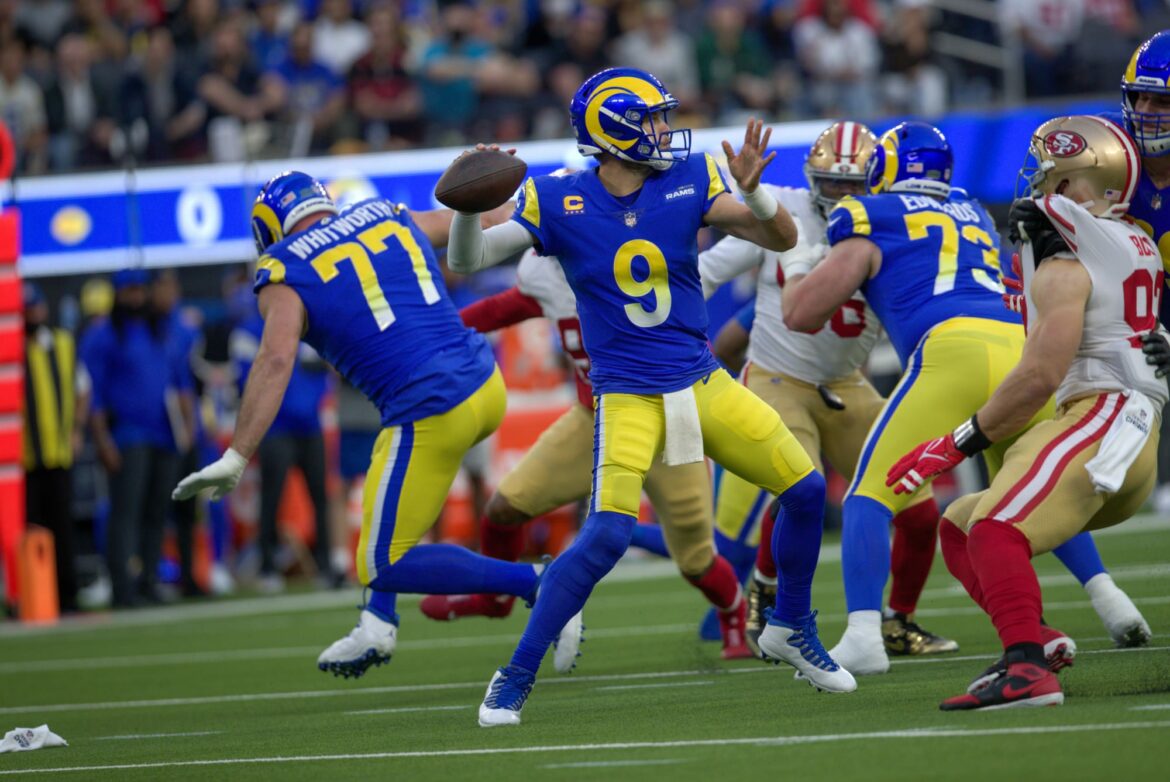 Los Angeles Rams quarterback Matthew Stafford has one person in mind when it comes to which actor he’d like to portray him in a movie.

Matthew Stafford is having himself a pretty fun moment right now. The experienced Los Angeles Rams quarterback is in the midst of the most successful postseason run he’s ever been a part of and he’s also already thinking about which actor could portray him in a movie.

When discussing the possibility of having someone play him in a movie about his life, Stafford chose one of the best actors Hollywood has ever seen to fill the role. The Los Angeles quarterback mentioned that he’d like Leonardo DiCaprio to portray him.

Considering DiCaprio’s range and intensity, there’s no doubt that he’d put an interesting spin on Stafford if he were to end up in such a role.

Of course, as Stafford jokes, DiCaprio’s ability to throw a football might be the trickiest part about all of this.

Matthew Stafford picked Leonardo DiCaprio to play him in a movie about his life.

“Special actor. I don’t know how he is at throwing the football, but modern technology… I’m sure we could make it look good,” he said. 😂 pic.twitter.com/ZTdijheAjI

Los Angeles Rams: Matthew Stafford has an actor in mind if he’s ever the subject of a movie

The other interesting thing here, and it probably wouldn’t be much of an actual issue given the special effects and magic that exists in Hollywood film production, is DiCaprio’s age. Stafford is 34 years old while DiCaprio is 14 years his senior.

Getting DiCaprio would be an interesting choice, all things considered. It’d be weird to see DiCaprio in a sports biopic at this point in his career. Not to say that sports biopics aren’t interesting, but they don’t exactly line up with more of his recent work like Once Upon a Time in Hollywood, The Revenant, or Django Unchained.

A sports biopic wouldn’t really be anything like the upcoming Martin Scorsese film Killers of the Flower Moon.

But, hey, Stafford can joke and have fun with it all. Why not?