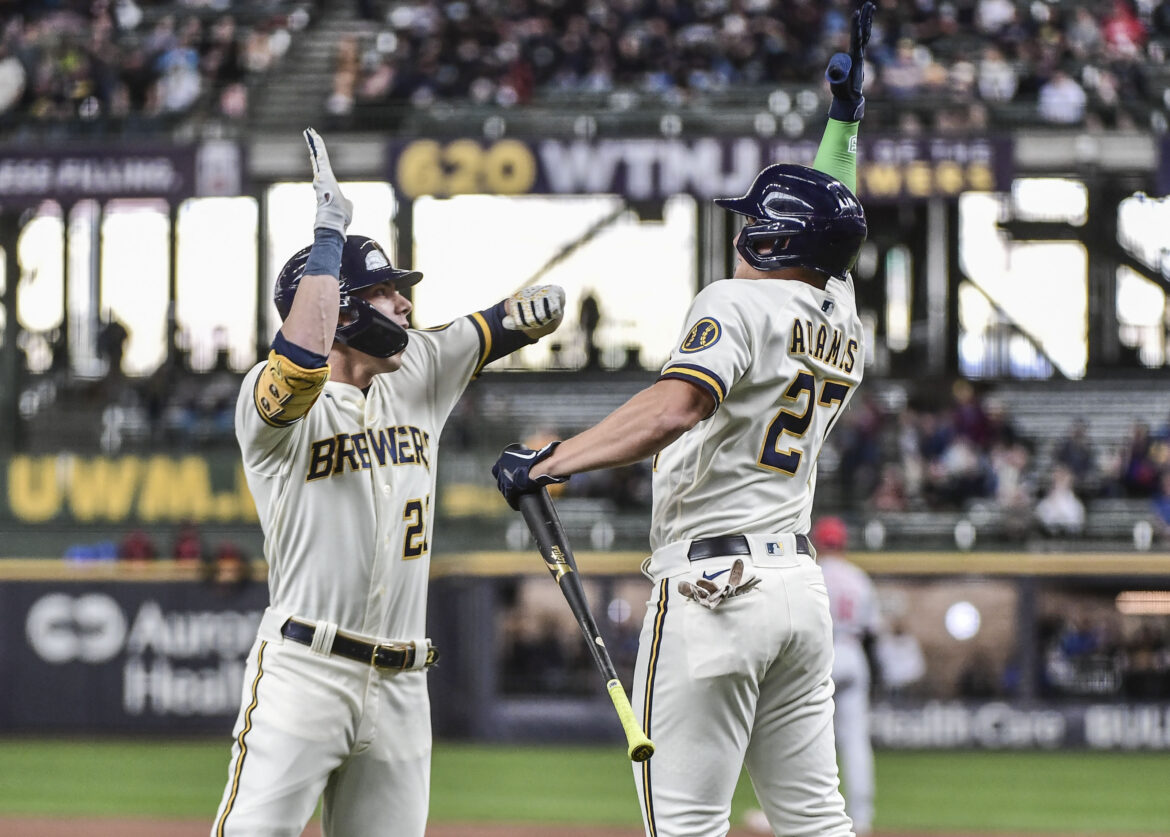 More than a month of baseball has now been played which means the MLB Power Rankings are tightening up. Certain clubs are clearly waving a white flag early. Meanwhile, others are holding off on any scheduling family vacations in October just in case they have work.

Last week’s MLB Power Rankings didn’t include too many major shifts. The teams who had been playing well from the previous work continued to do much of the same.

The theme doesn’t continue into this week. Some seismic changes have taken place. A few early strugglers are now playing good baseball. Others, who were outperforming expectations, are now facing the realization that this will not be their year.

It doesn’t matter how many teams there are in the league. The Cincinnati Reds are going to be in last place until they can piece together a string of victories or someone else completely stops winning altogether. Is it possible to rank them behind some Triple-A clubs? They’re getting cozy in this spot. After yet another week of baseball, they remain the worst team in the game.

The fact that Brandon Drury could win the club’s Triple Crown tells enough about the state of things. Absent Joey Votto, Jonathan India, and Nick Senzel in the lineup, the team is doing whatever they can to piece together victories. The pitching staff is in complete disarray and about to put together one of those historically bad years. This is 2022 Reds baseball.

It’s looking like another lost season for the Kansas City Royals. They weren’t expected to do much in 2022. After a few tight weeks of baseball with the American League Central left wide open for them to surprise us, they have, instead, fallen flat and fallen behind early.

Andrew Benintendi is the one regular position player having anything close to a good year. The Bobby Witt excitement, meanwhile, has been put on hold as he shows just how green he is. There are a few bright spots for the team. Unfortunately, the focus for them will be on the development of younger guys and what they can get at the trade deadline for their veterans.

There is only a slight difference between the Detroit Tigers and the team they rank ahead of in this week’s MLB Power Rankings. Detroit was supposed to be better than this. The Royals were not.

Pitching has been decent for Detroit. They could easily turn things around and have closer to the .500 season they had planned. It’s the bats that have been holding them back. Their 78 runs scored is tied with the Royals for the lowest in Major League Baseball. Someone, please shake Javier Baez and friends awake.

Although they play in the only National League division without multiple teams above .500, the Washington Nationals are still finding ways to lose frequently. Things should only get worse from where they are right now. This is just the first full season of a rebuild that hasn’t fully completed the “sell mode” of the process.

The Nationals have weirdly been a good offensive team. They have the second-most runs scored within their division. They’ve also given up more runs than any National League team other than the Reds. This is an experimental season for them as they try to get through yet another unproductive and expensive year from Patrick Corbin. At least maybe they can finally trade Josh Bell for something.

Thank goodness the Chicago Cubs have the Reds to point and laugh at. Otherwise, they would be the laughing stock of the National League Central. The team is falling fast in the MLB Power Rankings. Their half-hearted attempt at building a contender this offseason is already showing cracks in the foundation.

The Cubs may have put to waste one of the better bullpens in baseball. They have six guys with 9+ innings pitched and ERAs of 3.00 or lower. The positive spin on this: everyone will need relief pitchers at the trade deadline. This is good news for the Cubs farm system which should have a couple of good prospects added to it this summer. Otherwise, it’s a long year at Wrigley Field.