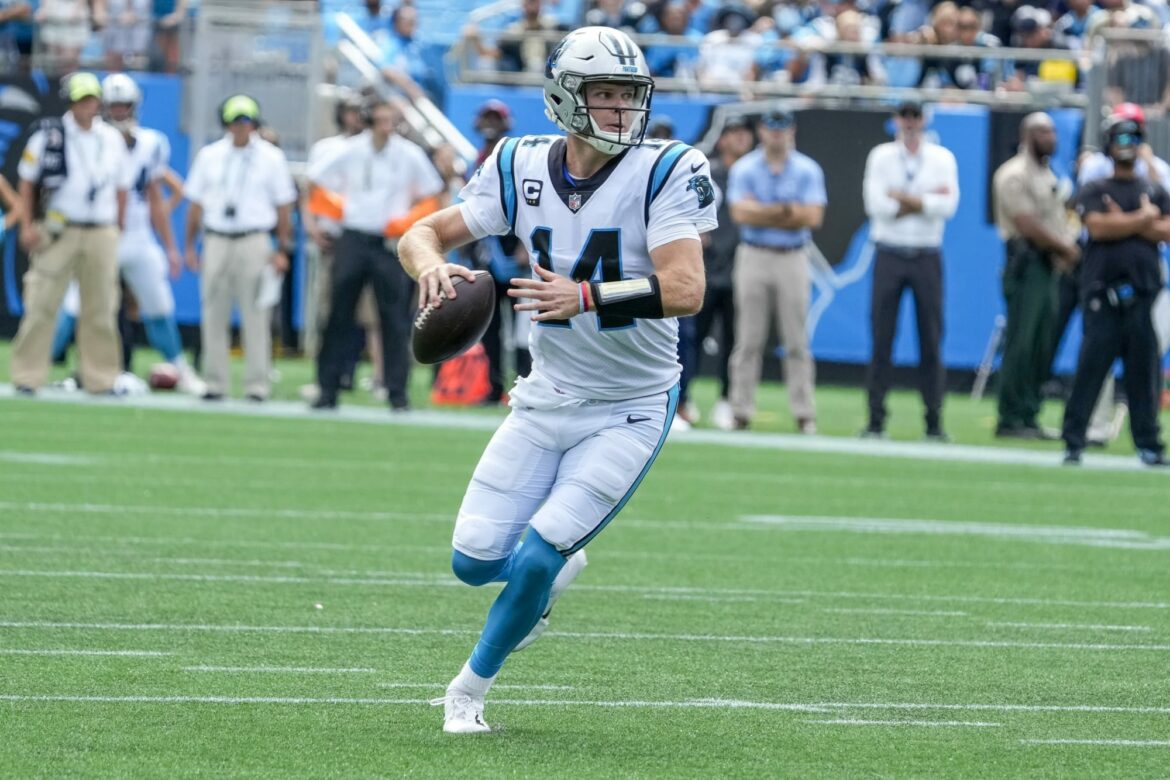 The New York Jets really can’t catch a break regardless of if they’re playing in a game or not. As former QB Sam Darnold suits up for the Carolina Panthers in a Thursday Night Football showdown against the Houston Texans, Twitter is trolling the Jets.

New York fans were probably looking forward to a nice night of watching a football game that didn’t involve anything embarrassing regarding the Jets, but with Darnold at quarterback the possibilities are endless.

Unless you enjoy pain, look away New York Jets’ fans.

Sam Darnold is really making the Jets look like they are a virtual GRAVEYARD for QB’s! They will RUIN Zach Wilson and he will move on to another team and resurrect his career. If I’m a Rookie QB getting drafted I’d HOLD OUT until I’m traded if #NYJets ever drafted me or my son 💯

Sam Darnold’s success in Carolina is not an indictment on the Jets decision to move on from him. It’s a commentary on their organizational negligence while he was still here. #Jets

Sam Darnold looks confident. With the #Jets, he never looked comfortable, and that is on the coaching staff. Darnold always had talent, was set up to fail with a putrid offensive line and below average weapons. Matt Rhule has him set up for success

There seems to be a common theme, and it’s that the Jets didn’t know how to set up Darnold for success. The organization is a dumpster fire and Darnold looks happy, is playing better and is finally in an environment that he can grow in after being traded away from New York.

The real question is if the Jets are actually going to win a game this season. With rookie QB Zach Wilson struggling in the first two games of the season, it’s evident after looking at Darnold that New York isn’t going to offer him much guidance.

So it wasn’t Sam Darnold, it was the Jets. Got it.

Darnold does look happy and healthy.

Robert Salah is in his first season as the Jet’s coach, so maybe better days are on the horizon after all. We’ll all believe it when we see it. Until then, Twitter will have fun taking shots at the J-E-T-S.