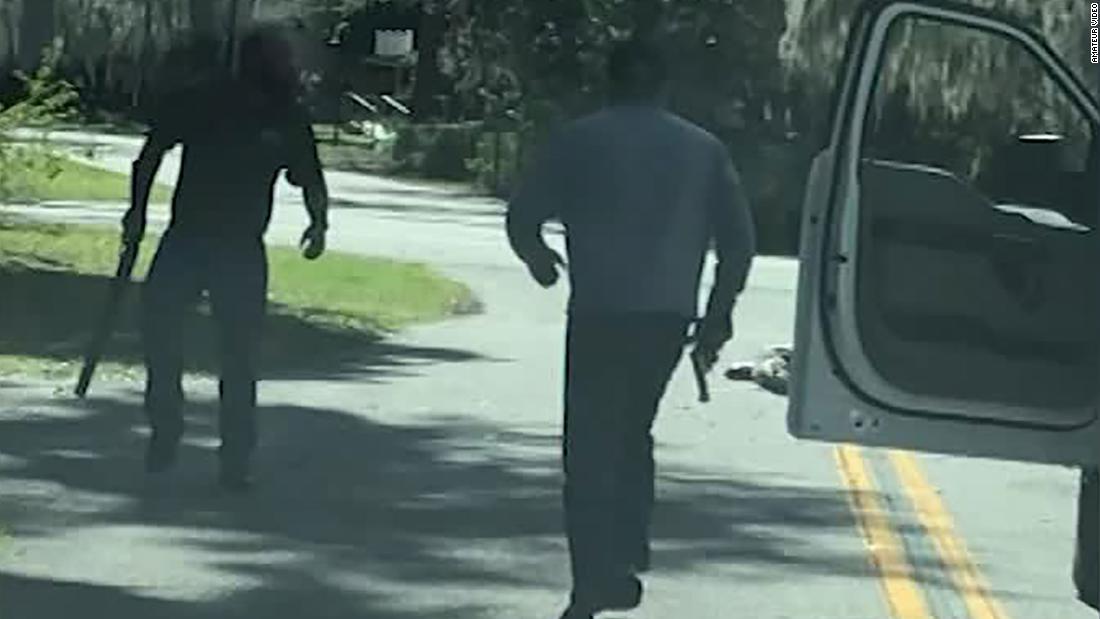 The jury was finalized Monday morning and consists of eight White jurors, three Black jurors and one Hispanic juror, according to details provided in court. Three White people and one Pacific Islander have also been selected as alternates. Opening statements began shortly after noon ET.

The three men are all charged with interference with rights and attempted kidnapping, and the McMichaels each face a weapons charge.

The stakes of the trial are seemingly low because the defendants are already serving life sentences in prison for the murder convictions, although they have said they plan to appeal the verdicts. Still, for the broader public, the trial represents a test of how the legal system deals with allegations of violent racism. “It sends a message to every Black person everywhere that you can’t hunt people down who are legitimately in a place just because you’re afraid,” said hate crimes expert and Indiana University law professor Jeannine Bell. “Doing that is racist, and we will punish it.” Opening statements begin almost two years after Travis McMichael, 36, and Gregory McMichael, 66, gave chase to Arbery, who was out for a jog, in February 2020 outside Brunswick, Georgia. Bryan, 52, later joined the pursuit and recorded video of it from his pickup. The video shows Travis McMichael exit his truck and confront Arbery, who tussles with him over a shotgun before Travis McMichael fatally shoots him. The McMichaels claimed they were conducting a citizen’s arrest and acting in self-defense, and Bryan said he took no part in the killing. Authorities made no immediate arrests. The men were so confident in their defense, they had Bryan’s video released to the public in May 2020, according to criminal defense attorney Alan Tucker. The video began their downfall, and the McMichaels were arrested two days later. The 36-second video sparked outrage that soon dovetailed with outcries over the killings of George Floyd in Minneapolis, Rayshard Brooks in Atlanta and Breonna Taylor in Louisville, Kentucky. At the state trial, prosecutors laid out how the men stalked Arbery based only on vague suspicions of wrongdoing. The jury agreed and convicted them of several counts of murder.

What we know about the evidence

Because the focus of this federal trial is different, so too is the evidence.

The video of the shooting was the key piece of evidence in the state case. For the federal trial, though, the focus will be on what prosecutors say is a series of racist statements and comments from the defendants.

He once wrote in an Instagram post unrelated to the killing that he wished someone had “blown that N-word’s head off,” and on another occasion messaged someone to say he loved his job because there “weren’t any N-words anywhere,” the agent told the court.

FBI special agent Skylar Barnes, during a recent federal hearing, outlined evidence of Travis McMichael’s racial animus, including associating African Americans with criminality, wishing crimes to be committed against African Americans and referring to Black people as monkeys, savages and N-words. US District Judge Lisa Godbey Wood cut off Barnes before he could elaborate, noting some evidence remained under seal until a jury is seated.

Bryan’s texts and social media, too, were rife with messages “that I personally found disturbing,” Dial testified in 2020. Asked by Bryan’s then-attorney, Kevin Gough, whether the language he viewed was all that uncommon in the South, Dial replied, “I will tell you, sir, that there were terms that he used that I’ve never encountered before.”