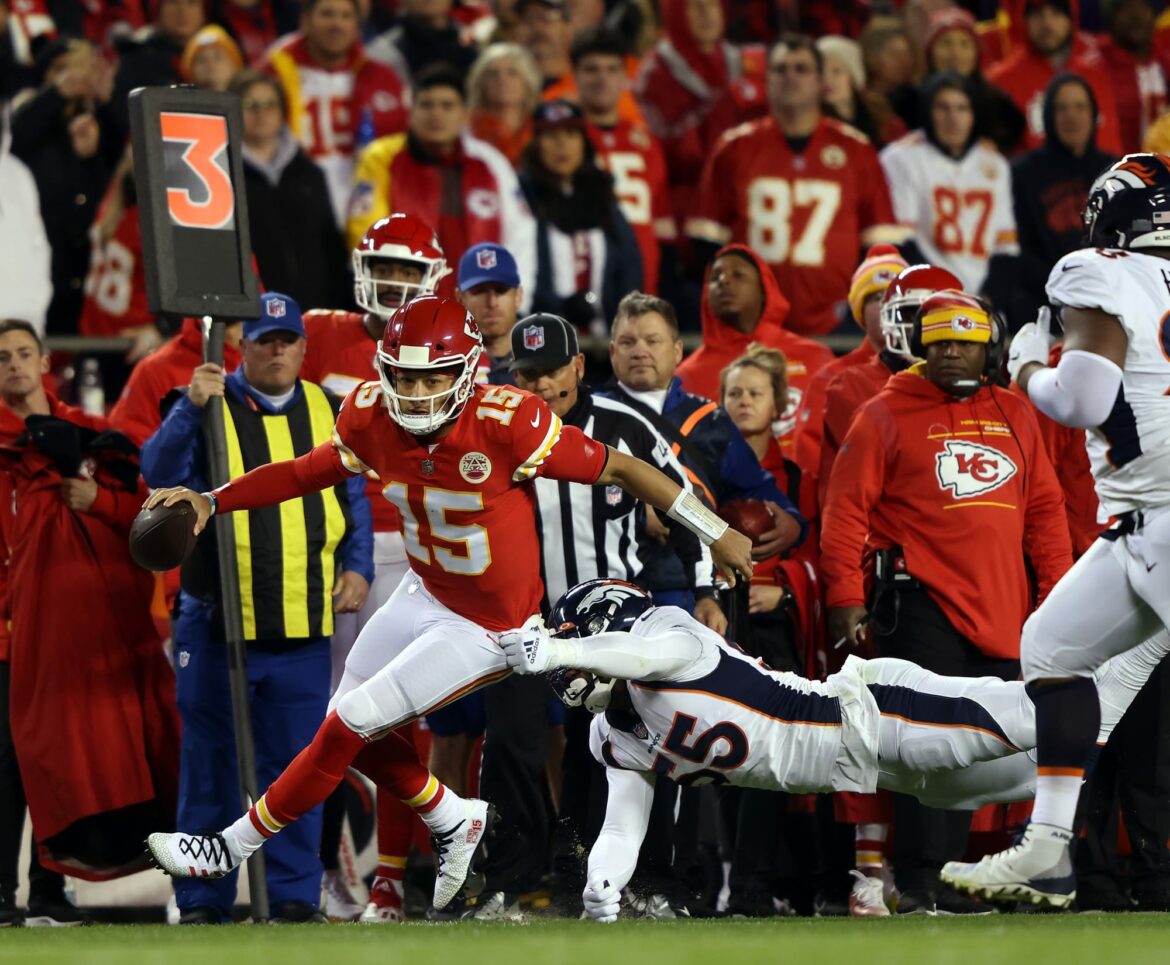 While some folks were concerned with the beef between Patrick Mahomes and Eric Bieniemy, the quarterback said there’s nothing to see here.

Plenty of eyebrows were raised on Sunday night in the showdown between the Kansas City Chiefs and Denver Broncos. That’s because star quarterback Patrick Mahomes was seen getting into a screaming match with offensive coordinator Eric Bieniemy. What the heck?

The two were clearly frustrated with how the unit was operating. For anyone thinking this will be some sort of long-term beef between the two, guess again. Mahomes made this quite clear with his latest comments.

Patrick Mahomes has nothing but love for Eric Bieniemy

“Yeah, it was kind of a little mix-up of the play that we wanted to call in that situation,” Mahomes said via NFL.com. “And then I, like you said, both of us love it. I think that’s the biggest thing. Both of us love being out there playing this sport, being part of the Kansas City Chiefs and we both were just frustrated more with the game than we were with each other.

“And so obviously, we got a little frustrated there. But we talked it out right after and I mean, I love that dude. He loves me and we’ll keep rolling.”

Case closed, folks. While they were upset with one another, it’s all water under the bridge and they’ve since shifted their focus to the matchup with the Las Vegas Raiders coming up on Sunday in KC.

Chiefs haters might try and stir the pot to say the relationship is damaged, but the opposite is true. They’re just major competitors and didn’t see eye-to-eye for a brief moment. Now, Mahomes, Bieniemy and Co. will be ready to get back to their electric ways when taking on the Raiders in front of the local fans.