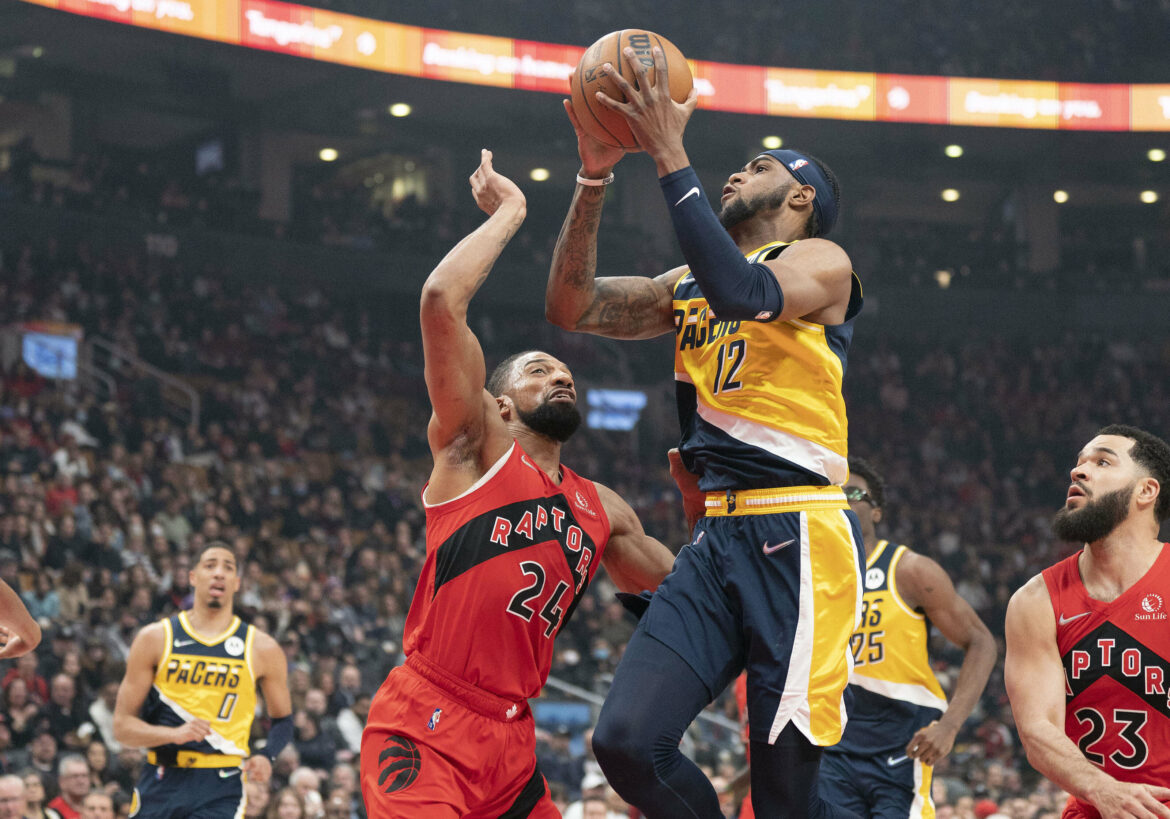 On the scoreboard, it simply looked like the Toronto Raptors were beating the brakes off of the visiting Indiana Pacers in the first half. The scene inside Scotiabank Arena was much more chaotic and harrowing than that, however.

Early in the game, an entire section of fans was removed from their seats. And the word began to spread that it was due to a speaker in the rafters catching fire and firefighters were brought onto the scene.

Somehow, though, the game continued on with the speaker fire situation ongoing. With 4:05 remaining in the first half, though, things got too serious for that to be the case.

At that point, the officials decided to evacuate all the fans from their seats and take the players off of the floor, suspending the game at that point.

It’s truly quite terrifying to think that a speaker in an NBA arena could be on fire during the middle of a game. More than that, it’s wild to consider that the game continued on for some time while that was happening.

We’ll update you with more on this situation once we have more information. As of now, though, the game has officially been delayed with just over four minutes left in the first half due to the fire.

Update: After a determination that there was no threat to public safety, it was announced that the game will resume with no fans in the building.