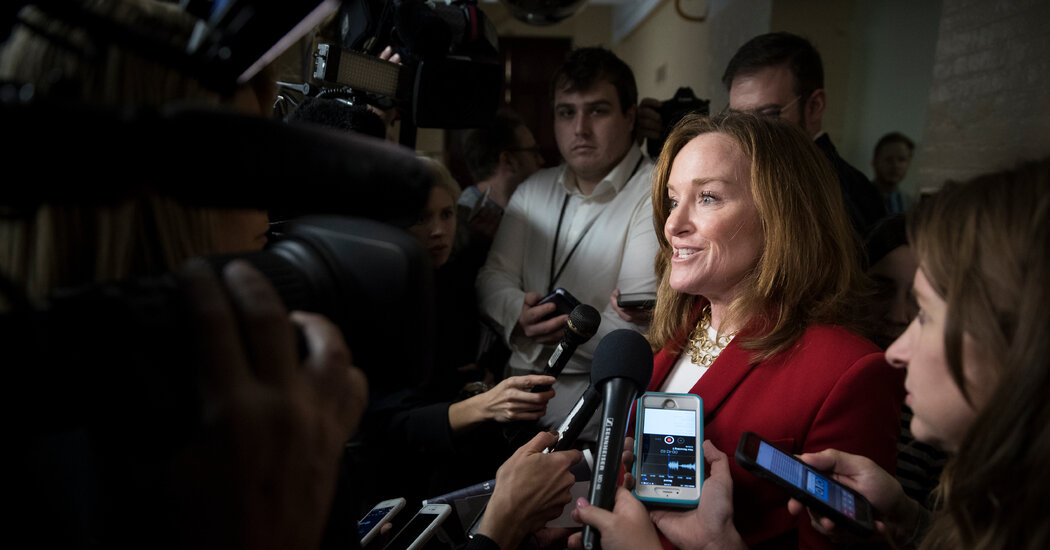 She had become increasingly marginalized in the ranks of House Democrats, where the loudest voices are typically from a new generation of progressives, and where her history with Ms. Pelosi had cost her opportunities. In 2019, for instance, Ms. Pelosi lobbied for other members to gain a seat on the powerful Judiciary Committee over Ms. Rice, according to Politico, despite Ms. Rice’s background as a prosecutor and her seniority.

“I imagine the polarization in D.C. has become so poisonous and the dysfunction so deep that more and more members want nothing to do with the absurdity of it all,” said Representative Ritchie Torres, a progressive Democrat of New York.

But some liberal Democrats joined Republicans in celebrating the news of her retirement.

“Rep. Kathleen Rice retiring to spend more time with her big pharma lobby family,” Leah Greenberg, the co-founder of Indivisible, a grass-roots progressive organization, said in a Twitter post reacting to her announcement.

Ms. Rice, who sits on the Energy and Commerce committee as well as the Homeland Security committee, was a registered Republican until 2005, when she became a Democrat to run for district attorney in Nassau County.

In Congress, she has been best known as one of the few women arguing that the party needed a fresh perspective at the top and that the lack of an obvious candidate to challenge Ms. Pelosi was a “symptom of stagnant leadership.” In 2016, she was also the first Democrat to publicly support Representative Tim Ryan’s challenge to Ms. Pelosi as House leader. Ms. Rice also voted against Ms. Pelosi in 2018. Both times, Ms. Pelosi was elected despite the efforts to topple her.

Ms. Pelosi’s office did not immediately respond to a request for comment about Ms. Rice’s planned departure.