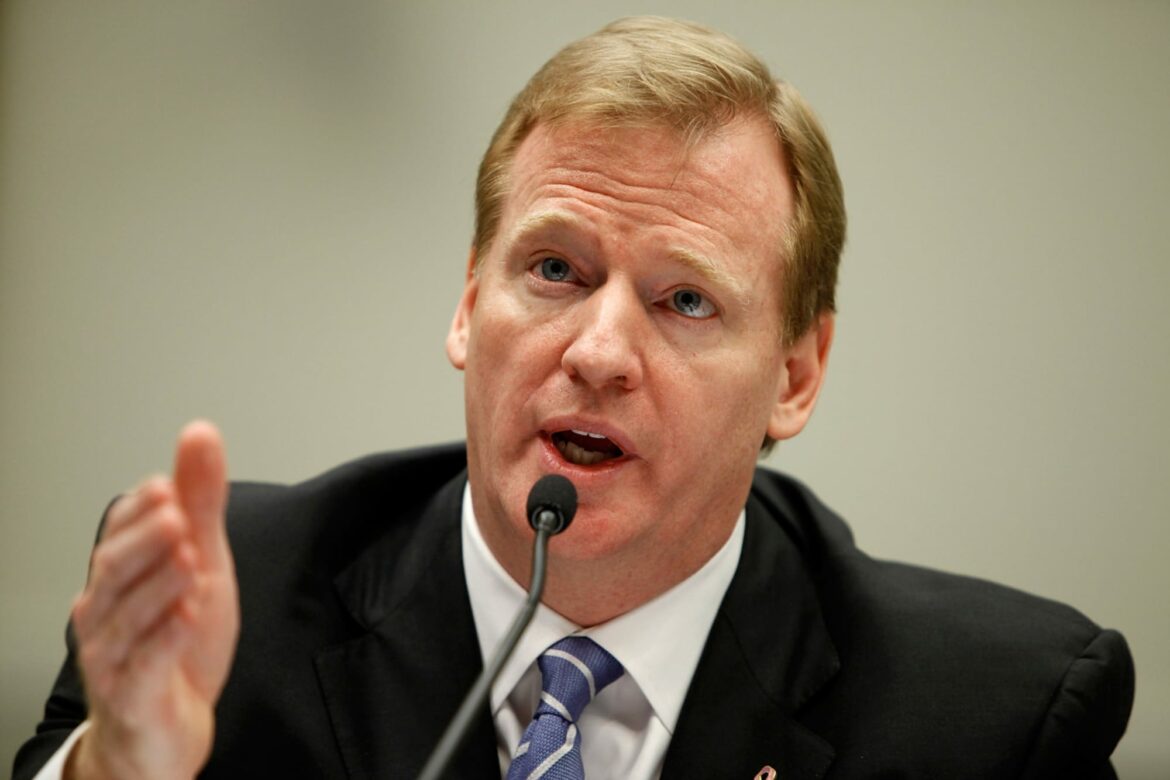 NFL commissioner Roger Goodell was blasted on social media for how the NFL is handling its investigation into the Washington Football Team.

Through the whirlwind that has been Jon Gruden’s email scandal, there is one small piece of information that gets conveniently glossed over: Gruden was never the subject of the email investigation.

The reason the NFL combed through over 60,000 emails is because the league was researching potential misconduct in the Washington Football Team investigation. While snippets of Gruden’s emails have come to light, the person he was corresponding with — former Washington executive Bruce Allen — has not had any of his own quotes or responses revealed publicly.

The lack of content from the Washington Football Team organization has come under scrutiny, but the NFL commissioner would like everyone to simply move past their suspicions.

According to Goodell, Washington Football Team owner Dan Snyder has no need for any further discipline: he’s already bee held accountable by the league.

Roger Goodell on Daniel Snyder: “I do think he’s been held accountable.”

Goodell on Dan Snyder: “I do think he’s been held accountable.”

When Goodell said that Snyder has been held accountable already, these are the consequences he was referring to:

“WFT, which is valued in the billions, was fined $10 million by the NFL and owner Dan Snyder stepped away from day-to-day operations for a period of months following the investigation, but there was no written report of Wilkinson’s inquiry.”

Fans responding to Goodell’s claim that Snyder has already been held accountable mention how the NFL has done nothing to penalize the Washington team for exploiting its cheerleaders by sexualizing them.

Even when it was revealed that Gruden and Allen had emailed sexually-explicit photos of WFT cheerleaders and 20 former WFT employees signed a petition to have the full results of the league investigation revealed, no punishment has come for Snyder or his organization.

It’s impossible to feel like the entirety of NFL leadership isn’t responsible for the Washington cheerleader story at this point. Somebody outside of the league has to start pursuing the story with the teeth it deserves.

The investigation, which is being referred to as the Wilkinson investigation, got its name from attorney Beth Wilkinson. Wilkinson was hired by the Washington Football Team in 2020 to investigate “allegations of sexual harassment and other improper conduct within the organization.”

All that the NFL plans to release on the Wilkinson investigation is a summary in order to “protect anonymity.”

NFL commissioner Roger Goodell saying that some WFT employees were guaranteed anonymity in cooperating with the Wilkinson investigation, and protecting anonymity is why the report won’t be public any more than the summary.

For frustrated NFL fans, the lacking justice for the women mistreated by the Washington Football Team makes Goodell’s words ring hollow until there is full transparency. Hence why Twitter wasted little time ratioing the commissioner in a big way.