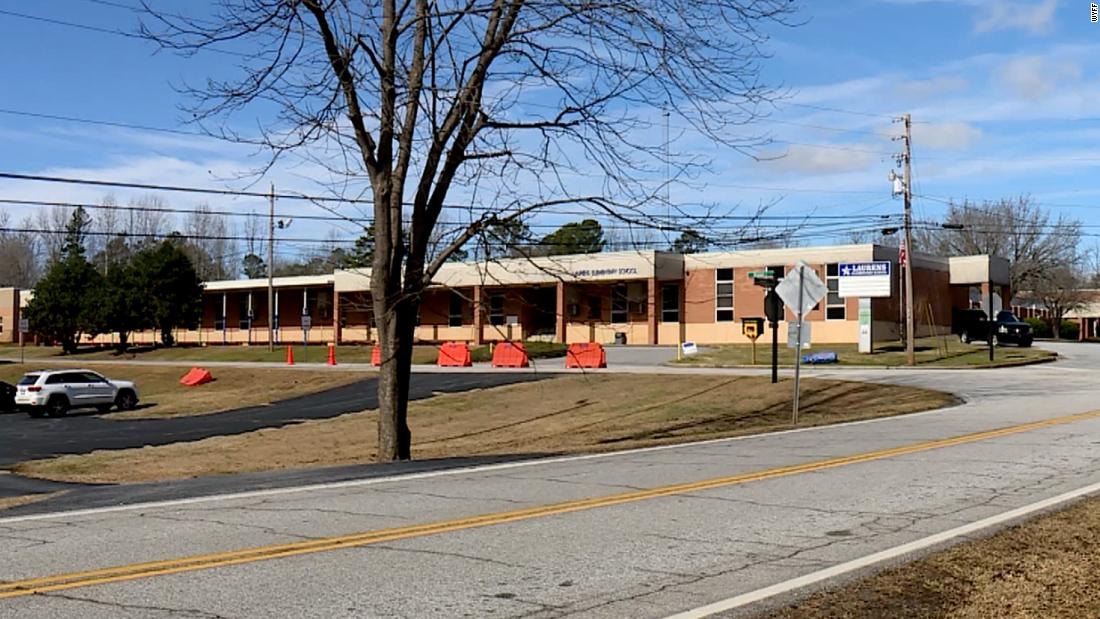 A staff member of the elementary school in Laurens found a “small frame gun” on the seat of a student’s desk, Laurens police spokesman Lt. Scott Franklin said, and then “immediately notified school administration and the school resource officer who then took possession of the firearm.”

“There was never a threat made toward any other students or staff,” said Franklin, who also spoke at Friday’s news conference.

Laurens is roughly 40 miles from Greenville.

Ameca Thomas, superintendent of Laurens County School District 55, said at the news conference a school resource officer responded immediately, and additional law enforcement officers were at the school within “a matter of minutes.” The staff member who alerted school officials about the gun acted in accordance with school protocol, she said.

“The process was followed completely by that staff member, which alleviated anything that could have happened that could have caused additional harm,” said Thomas, who also asked parents to check backpacks daily to ensure schools are safe.

Under the school district’s discipline code, the child who had the gun was removed from the school and the incident will be subject to a disciplinary hearing, Thomas added.

“We recognize the seriousness of this incident and we’re thankful that no physical injuries occurred,” Thomas said.

Thomas also released a statement regarding the incident on the school district’s website, saying there were no threats made against any student or staff member.

“As always, we ask you to partner with your child’s school to help ensure our schools are as safe as possible,” the statement said. “If you have any concerns, please share them with your child’s teacher, principal. or school counselor.”

Franklin said authorities immediately determined the student had taken the gun from his grandfather’s residence. The grandfather has been arrested and charged with unlawful conduct toward a child, Franklin said.

“The grandfather had the responsibility to secure the weapon,” Brewington said.

During a hearing on Saturday, a judge set bond at $40,000 for the grandfather, who has his next court appearance scheduled for March 18. It is unclear whether the grandfather has legal representation.