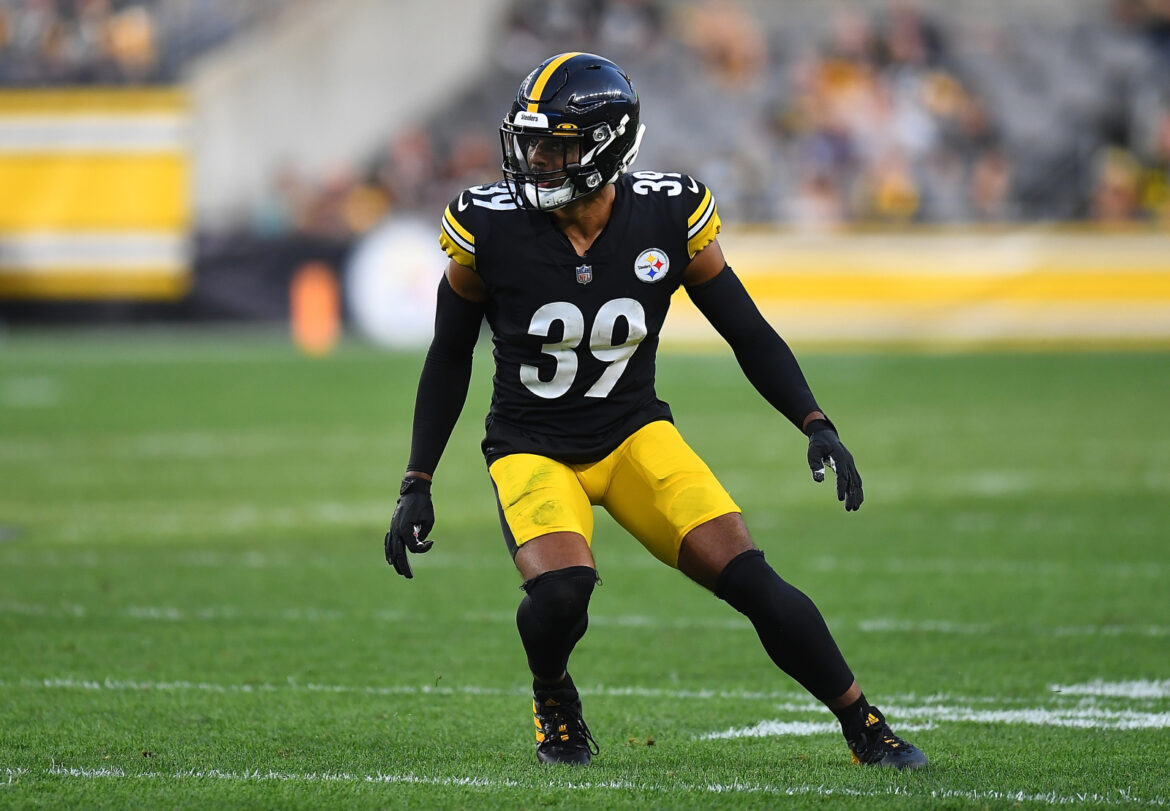 Last year, the Pittsburgh Steelers agreed to terms on a gigantic contract extension with star pass rusher T.J. Watt. Sure enough, he won the NFL’s Defensive Player of the Year for the 2021 season. Now, the Steelers have their eyes set on locking up another key piece on their defensive squad.

NFL Networks’ Aditi Kinkhabwala appeared on “Poni and Mueller” on 93.7 The Fan and revealed that the Steelers are close to an agreement on a contract extension with safety Minkah Fitzpatrick, and it is expected to make him the highest paid player at his position.

Fitzpatrick is playing under the fifth-year option for the upcoming season, which will pay him $10.6 million. Then, unless he is franchise tagged again, will hit unrestricted free agency.

The former Alabama defensive back was originally a 2018 11th-overall pick by the Miami Dolphins. Fitzpatrick’s tenure only lasted over a year, as he demanded a trade, and the Steelers negotiated a trade to bring him in during the 2019 season.

Fitzpatrick is coming off season where he recorded 124 combined tackles, seven defended passes and two interceptions through 16 games. In coverage, Fitzpatrick allowed 25 completions for 404 yards and two touchdowns on 56 targets, per Pro Football Reference.

In his three years with the Steelers, Fitzpatrick has tallied 203 total tackles, 27 passes defensed, 11 interceptions, four fumble recoveries and three forced fumbles. But a contract extension for Fitzpatrick appears to be close.