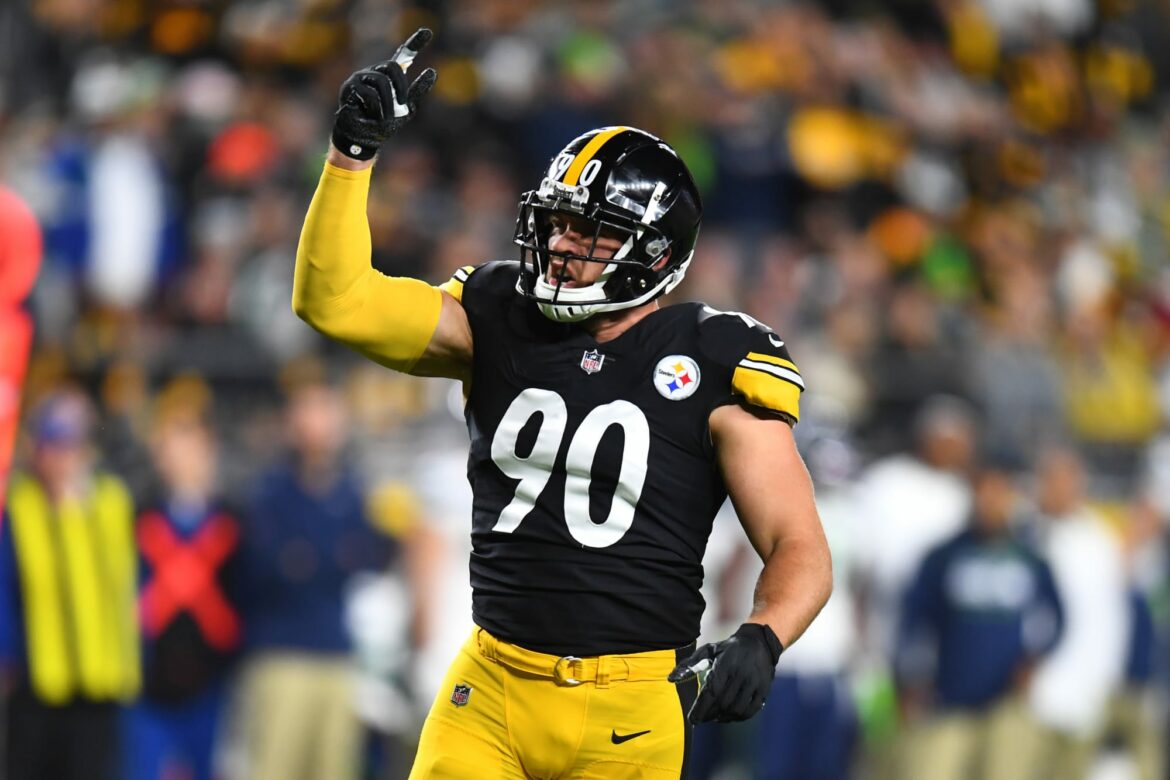 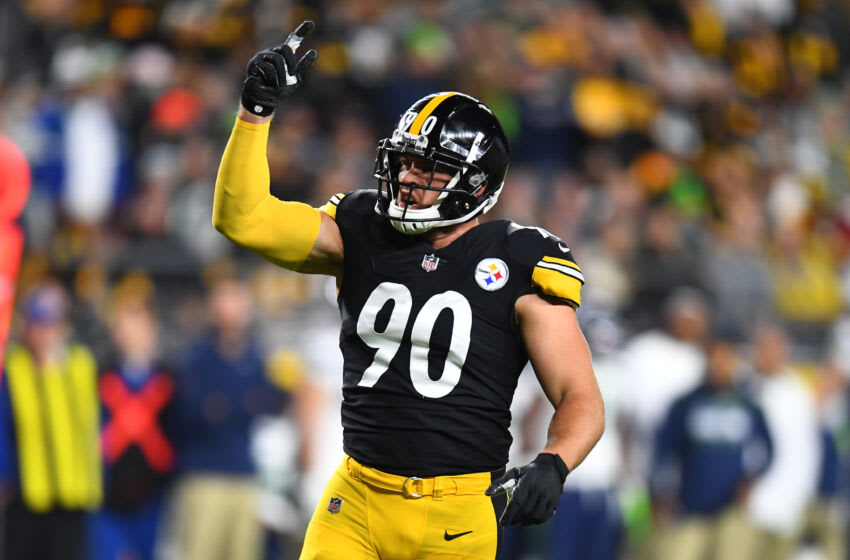 PITTSBURGH, PENNSYLVANIA – OCTOBER 17: T.J. Watt #90 of the Pittsburgh Steelers reacts during the first quarter against the Seattle Seahawks at Heinz Field on October 17, 2021 in Pittsburgh, Pennsylvania. (Photo by Joe Sargent/Getty Images)

Chiefs: These 2 overpaid players need to be cut before next season by Scott Rogust

Pittsburgh Steelers linebacker T.J. Watt had an amazing tweet after he won the NFL’s Defensive Player of the Year award.

Last season, Pittsburgh Steelers linebacker T.J. Watt was not named the NFL’s Defensive Player of the Year, as he lost out to Los Angeles Rams defensive tackle Aaron Donald by just seven votes (27-20). After finding out that he lost, Watt posted a Michael Jordan “Last Dance” meme on his Twitter account, letting the world know that he took that personally. After tying the NFL sack record in 2021, Watt finally earned his Defensive Player of the Year award at the NFL Honors ceremony on Thursday, Feb. 10.

Watt replied to the aforementioned tweet from last year with a photo of himself proudly holding his new trophy.

T.J. Watt has awesome tweet after winning Defensive Player of the Year award

The Steelers linebacker played like he took losing the award in 2020 personally throughout the 2021 season. Just prior to the start of the campaign, Watt signed a four-year, $112 million contract extension.

Watt missed two games in 2021, but still managed to tie the league sacks record of 22.5 set back in 2001 by New York Giants defensive end and Hall of Famer Michael Strahan. It is important to note that Strahan put up that sack total in 16 games.

It may have taken an extra year, but Watt now has his first Defensive Player of the Year award to add to his mantle. Based off of his play in 2021, it may not be the last trophy he wins in his career.