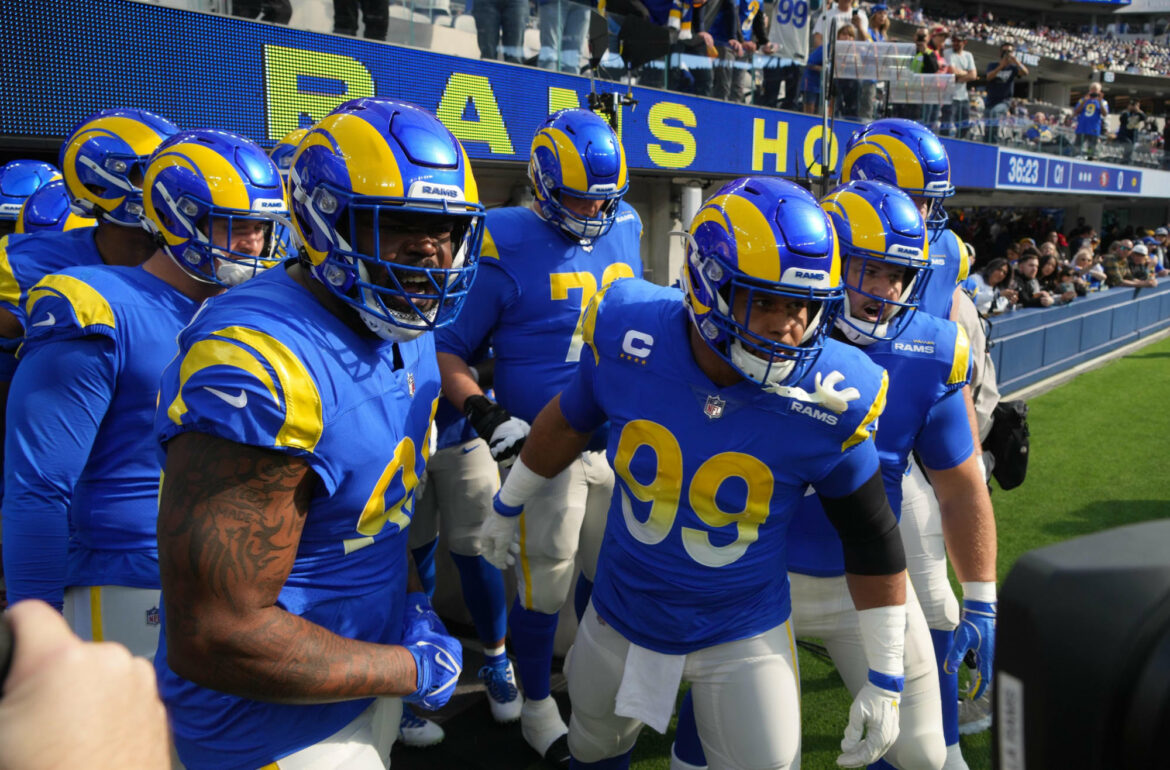 It’s time for the Super Bowl 56 drinking game, which covers all bases from betting, the broadcast and even being an Atlanta Falcons fan.

It’s one of the few events of the entire year that sports fans and non-sports fans meet together to watch an event from start to finish. The game has surpassed the title of a “football game” at this point, and now it’s a cultural phenomenon. Between the halftime show, the commercials, the food, and everything else, it’s become bigger than the game itself.

One thing that every single Super Bowl viewing will likely share, whether you’re watching it by yourself or with 50 other people, is that there’s going to be some alcohol flowing.

You’re likely to have some bets placed, so why not have a little fun with a drinking game as well?

I’ve decided to create my own Super Bowl drinking game, so if you feel so inclined, feel free to join in the fun.

By the way, I recommend drinking beer while following along, or maybe an extremely diluted cocktail.

-If Chris Collinsworth “slides in”

-Every time a point is scored.

-When the first penalty is called

-If betting odds are talked about/shown on screen

-If a turnover happens

-If a commercial makes you tear up

-If a commercial makes you laugh

-If Joe Burrow’s college career is talked about

-Every time a QB gets sacked.

-Every time a play gets challenged.

-If one of your prop bets cashes

-When the first TD is scored.

-If there’s a defensive/special teams touchdown

-If a kicker misses a field goal

-If there’s a streaker on the field.

-If a team goes for it on fourth down.

-If Tom Brady is mentioned.

-If your bet on the spread/moneyline/total hits.

-You hit a parlay.

-Snoop Dogg smokes on stage at the halftime show.

-If there’s any technical difficulties with the broadcast.

Take a shot if

-If your bet on the spread/moneyline/total officially loses.

-No TD is scored in the first half.

-70 points are scored in the game.

-Either QB throws for a fourth TD.

-Either RB rushes for a fourth TD.

This one’s for my fellow Falcons fans only…

-If the 28-3 game is mentioned, finish your drink and think about what could’ve been.