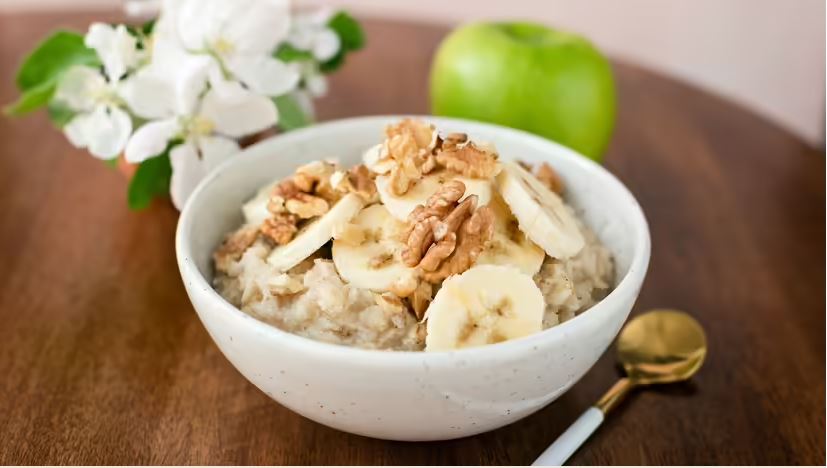 Goldilocks’ meal of choice is far more prevalent, not to mention culturally diverse, than most people think. In fact, porridge is an overarching term for a surprisingly wide array of foods. Oatmeal? Yup, that’s porridge. Grits? Also porridge. Rice, buckwheat, cracked wheat, barley, cornmeal and even (sometimes) polenta can also fall under the porridge umbrella. This warm cereal-of-sorts is popular around the world for its versatility, nutritional value and general yumminess. There are basically two requirements for something to be called porridge. The first is that it must be made with some type of grain.

“Porridge essentially is any cooked grain where the starchy parts of the grain start to break down and gelatinize the cooking liquid making a thick and creamy dish,” explains chef David Kamen, a culinary arts professor at The Culinary Institute of America and assistant director of CIA consulting, in an email.

Many people use the terms oatmeal and porridge interchangeably, but that’s not accurate, since porridge can be made using any type of grain as the base. “All oatmeal can be called porridge, but not all porridge is made of oatmeal,” emails Palak Patel, chef at the Institute of Culinary Education.

The other required ingredient is liquid, usually water or milk. The ratio of grain to liquid is what makes or breaks the porridge consistency, Kamen says. “Take rice, for instance. If you cook it with smaller amounts of liquid (two parts liquid to one part rice) you get individual fluffy grains of rice like a pilaf. Increase the ratio to four or five parts liquid to one part rice and you have porridge,” he explains.

Indeed, the water factor is the most common misstep in porridge-making. “Too much liquid and your porridge will be watery and insipid. Not enough and it will be thick and gooey,” Patel says, noting that a good rule of thumb is five parts liquid to one part grain by volume.

Porridge is also a dish best made by patient people. “Porridge is typically simmered for a longer time to allow the starches in the grain to gelatinize with the liquid,” says Kamen. “It is cooked like a stew.” So, if you’re looking to make an authentic porridge dish you need more than just a few minutes to get the job done correctly.

Also, think about the flavor profile. “Toast spices like cinnamon or nutmeg, and use a flavor liquid like milk or stock instead of just water,” he advises.

Fortunately, that’s where the rules of porridge end and the fun begins, as the dish can be made sweet or savory, depending on your personal tastes. It’s also appropriate for any time of day, despite conventional thinking. “The name porridge conveys images of breakfast but if we think of grits, polenta, and even to a degree risotto, then we can see that porridges can be part of any meal or can be a meal unto themselves,” Kamen says.

Porridge Around the World

In Ethiopia, a porridge called kinche is made with cracked wheat that is boiled in milk or water. It can be served plain, or seasoned with oil and fried onions, or sometimes butter. This dish is a breakfast must-have.

The Chinese also have their own ultra-popular answer to traditional porridge, although it’ll definitely seem foreign to many. ” Congee is a Chinese rice porridge that is typically served with savory condiments like dried fish or pickled vegetables, though it could also be served with sweet things like fresh or dried fruit,” Kamen says.

People in Denmark like to add a little extra something to their porridge, known as Øllebrød. Made with stale Danish rye bread, this sweet treat is sometimes soaked in Danish beer, although water or milk are less potent options.

In the Middle East, there is a Ramadan staple called harees, made with ground wheat mixed with butter, water and meat and left to soak overnight. It is flavored with cardamon, cinnamon and cumin.

Porridge is clearly a very satisfying, tasty and adaptable dish, but is it healthy? That all depends on what it’s made and topped with. “It is a dish that is cooked very well so it is easy to digest and makes a good food for people convalescing. When made with whole grains (rolled or steel-cut oats, brown rice, etc.) it is very healthy as it contains a lot of fiber,” says Kamen, noting that the addition of nuts, dried fruits and other grains can ramp up the nutritional value, as well. However, “refined porridges like cream of wheat have a lot of carbohydrates and not as much fiber. Add things like maple syrup on top and you have a lot of calories,” he says.

Porridge can help weight loss efforts. Oats, in particular, are known to reduce heart disease risk and control hunger. The less processed oats, like steel-cut oats, have a lower glycemic index though they take longer to cook than more processed oats. Oatmeal contains magnesium, iron and zinc as well as the B vitamins. And if you make the porridge with milk, you can up the vitamin and mineral count as well as include some calcium. But milk will also add fat and sugar so opt for low-fat milk.

Not sure where to start? Here are a couple of easy, nutritious and delicious porridge recipes.

Provided by The Culinary Institute of America

This hearty, warm side dish can be made with the cheese incorporated into the polenta or the polenta can be spooned atop a portion of the cheeses, so that as they melt they form a liquid center. 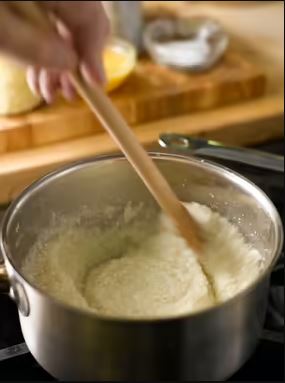