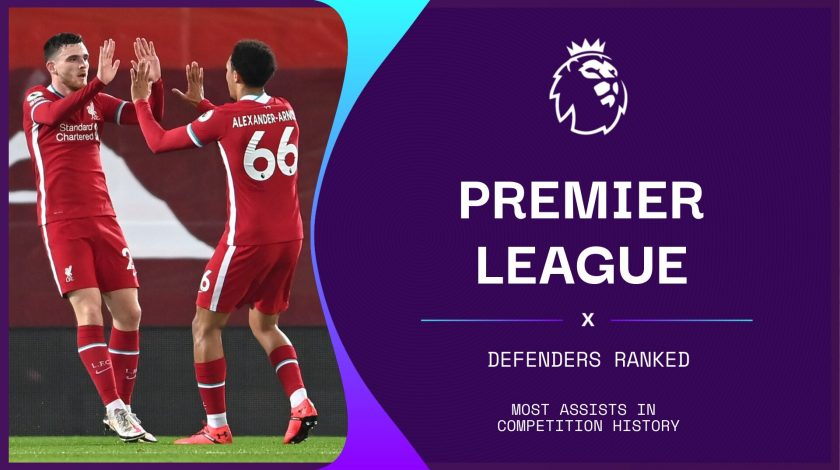 One pertinent example is how defenders are now a credible threat in the opposition half, as well as being a presence in their own.

It’s no longer shocking to see regular attacking contributions being made by members of the backline and, with certain managers embracing attack, we are seeing full-backs effectively become auxiliary wingers.

Odds correct at the time of writing. 18+ Only. Terms and Conditions Apply.

This is explicitly displayed when glancing over the Premier League’s most creative defenders; the top 10 — according to the league’s official website — either play at right or left back.

In fact, given their respective conversion from a forward role at Old Trafford, we choose to omit both Ashley Young and Antonio Valencia as they never exclusively played in defence throughout their careers. To make things even more interesting, we are going to give the final a defensive rating out of 10.

“I think Kyle [Walker] is one of those players who we’re not going to appreciate until he stops playing,” said Troy Deeney on TalkSport a couple years back.

Manchester City certainly appreciated his talent enough to invest over £50 million in his transfer for Tottenham in 2017, but the rise of Reece James and Trent Alexander-Arnold does sometimes cause Walker to be overlooked. He is one the Premier League’s most consistent performers of the past five years and a vital member of a City team who have won three of the four full Premier League seasons since his arrival. 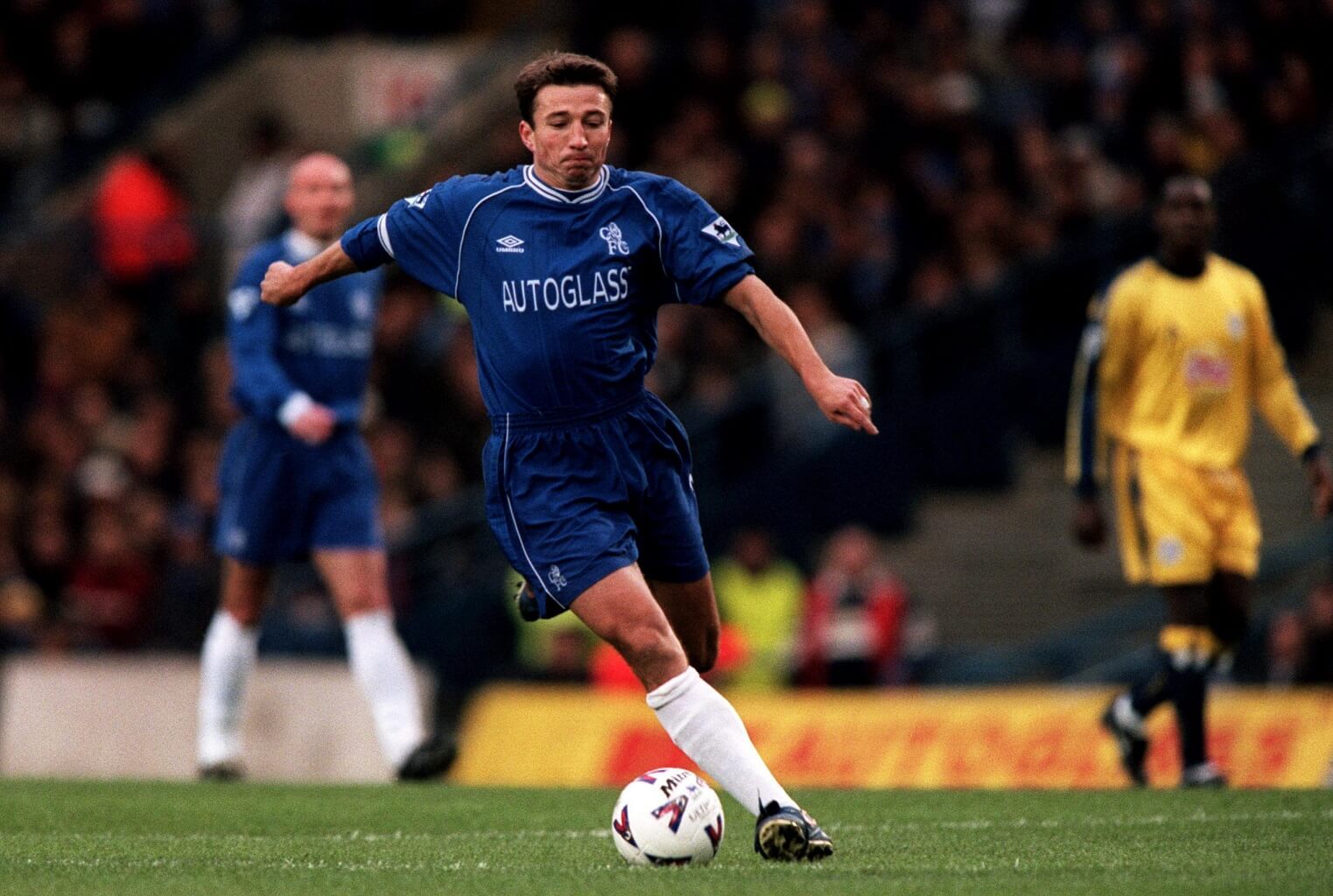 Dan Petrescu truly made his name at Chelsea where he was part of the club’s emergence as a Premier League force. A 95-time capped international with his native Romania, he’d famously score against England at the 1998 World Cup, a tournament that also saw him — and his teammates — bleach their hair blond. 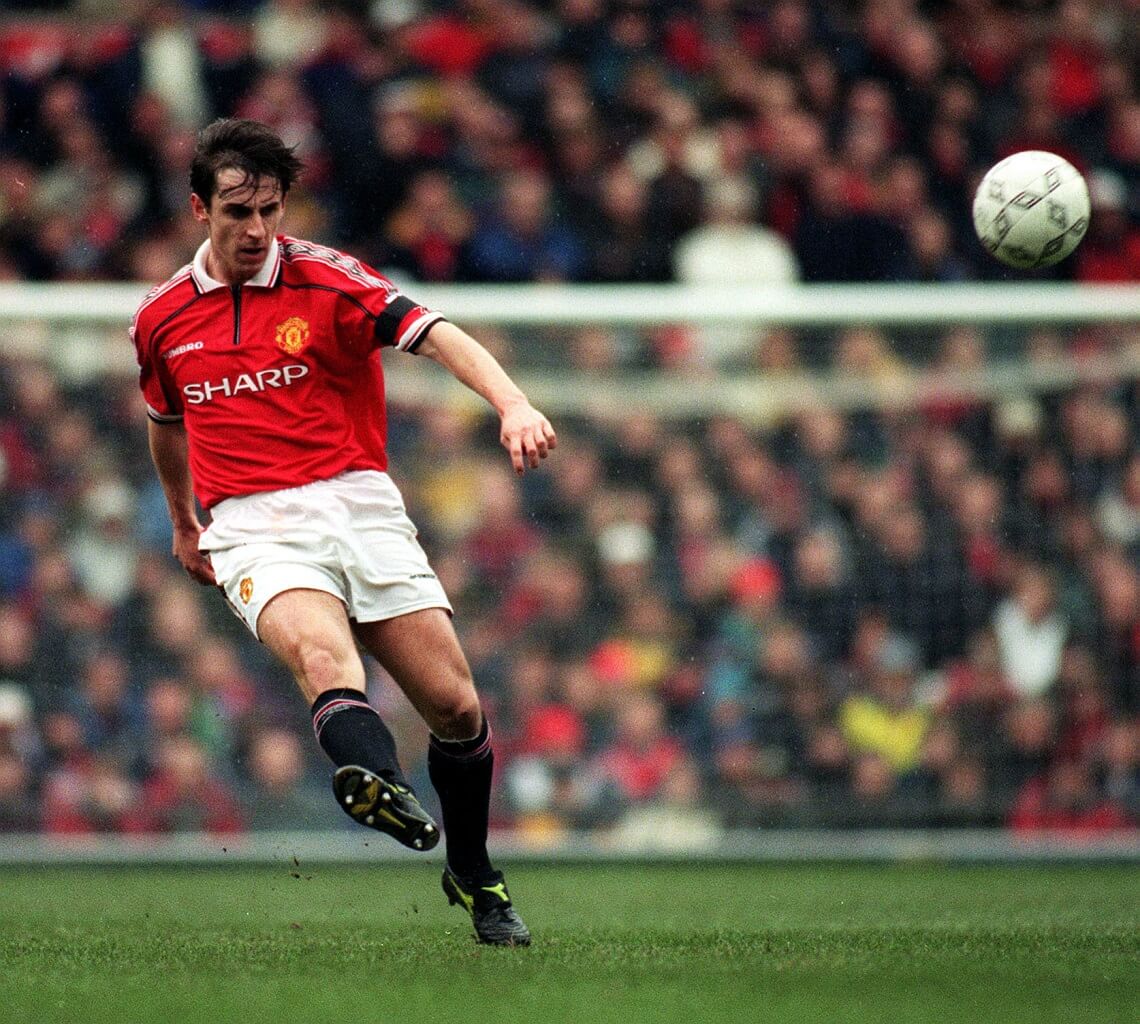 A graduate of Man Utd’s fabled Class of 92, not many banked on Gary Neville enjoying an illustrious playing career. Deemed too short to play centre-back, Neville reinvented himself at right-back, closely studying teammate and multifunctional full-back Denis Irwin, and would strike up a legendary tandem on the right flank with David Beckham. 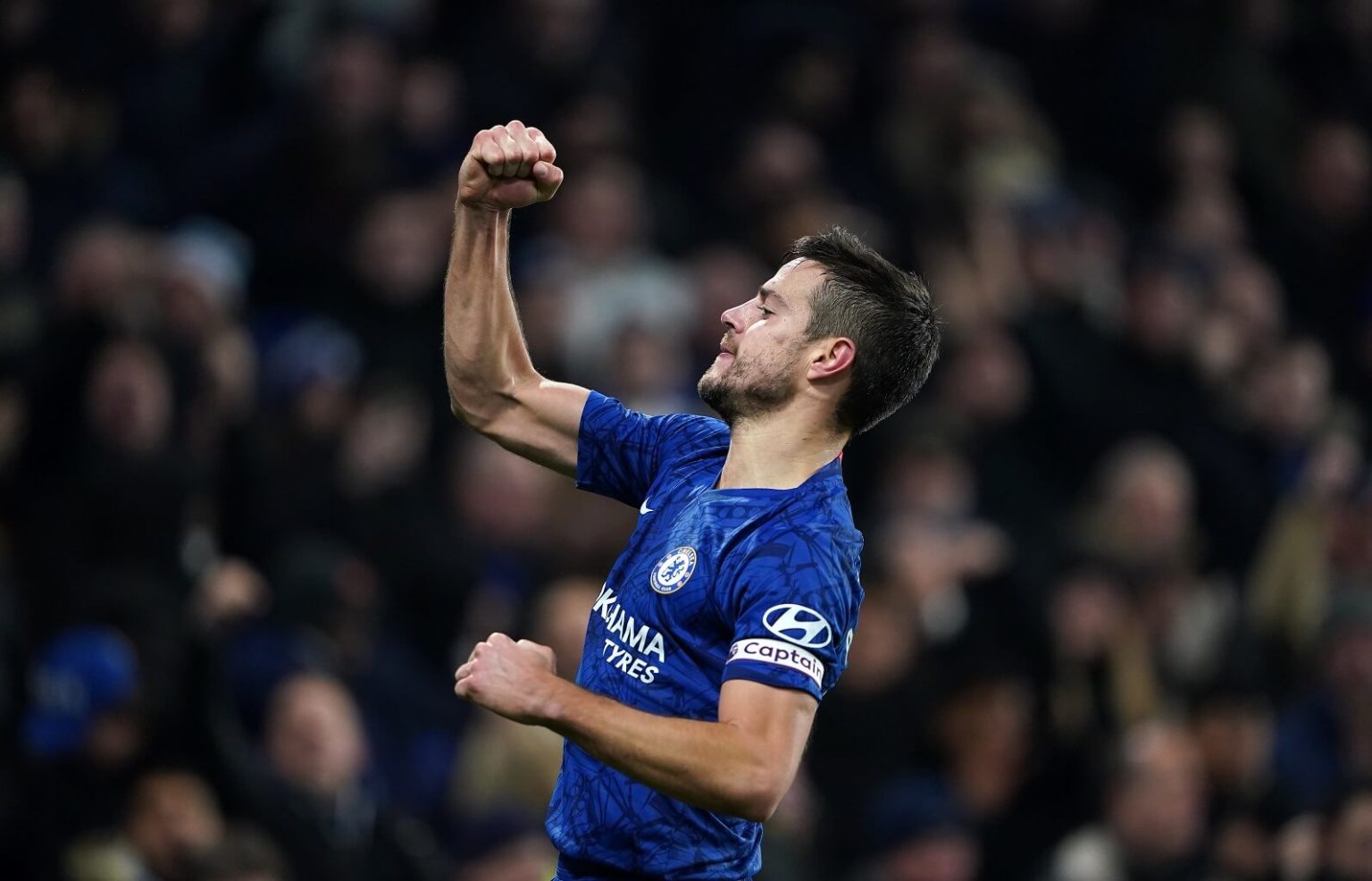 Affectionately nicknamed “Dave” by his Chelsea teammates, it took awhile for him to settle at Stamford Bridge but once the Spaniard did, he has not looked back since. A two-time Premier League winner, Azpilicueta now leads Thomas Tuchel’s men into battle.

“It is a pure pleasure to be his coach. Azpi is so focused, honest, a sports guy and such a competitor. He is so open and focused on his best performances everyday. What you see on a match day is what I see everyday,” Tuchel recently said.

When you put him in every single exercise, you know what the level is up to. The captain is in top shape, has had sleep and looks after himself.

“He is a fantastic captain, a great player and just a really good guy too.” 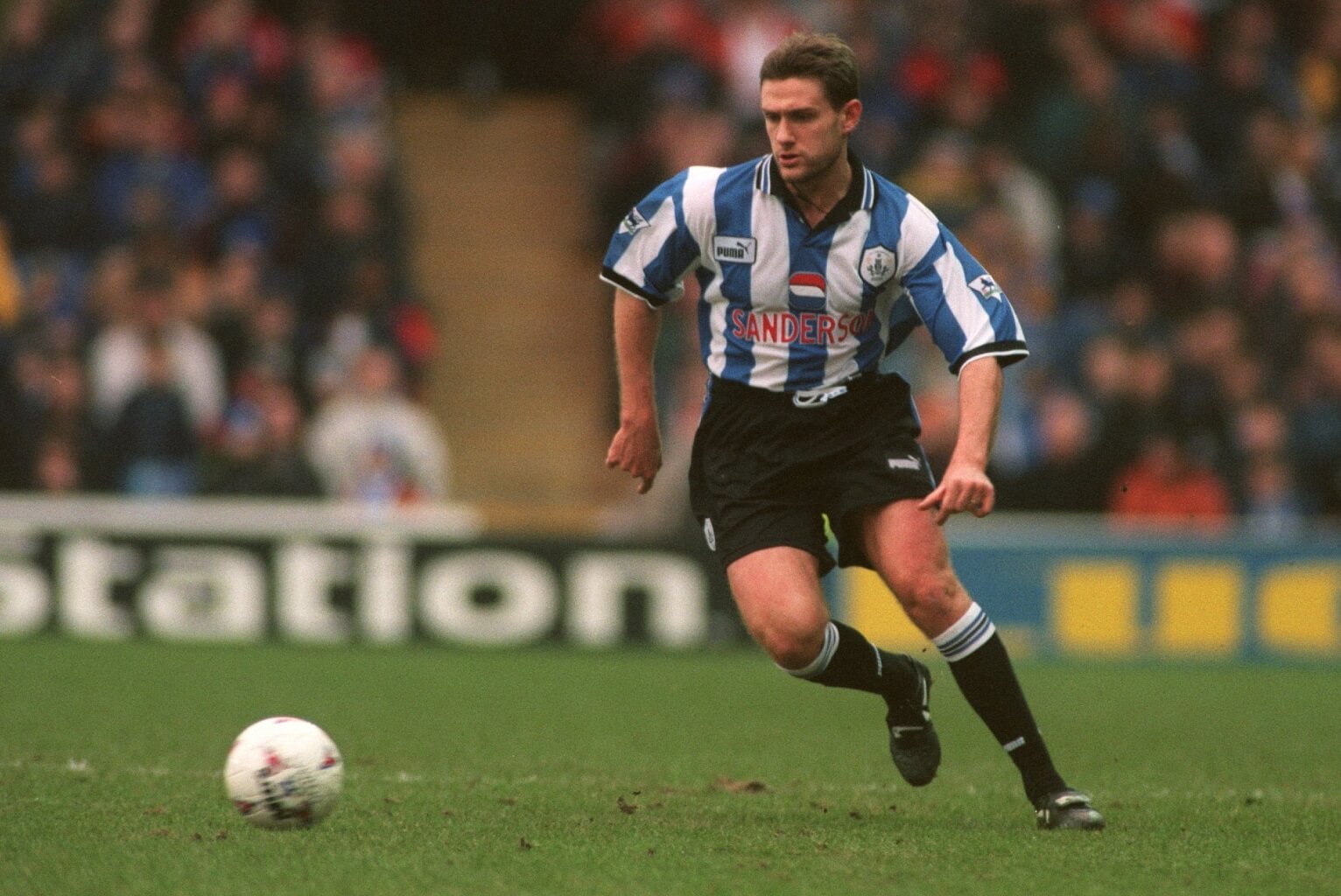 A set-piece master, Andy Hinchcliffe came through at boyhood club Manchester City, but would join Everton a few seasons before the Premier League’s formation. He’d spend the majority of the 1990s at Goodison Park until seeing out his career at Sheffield Wednesday. 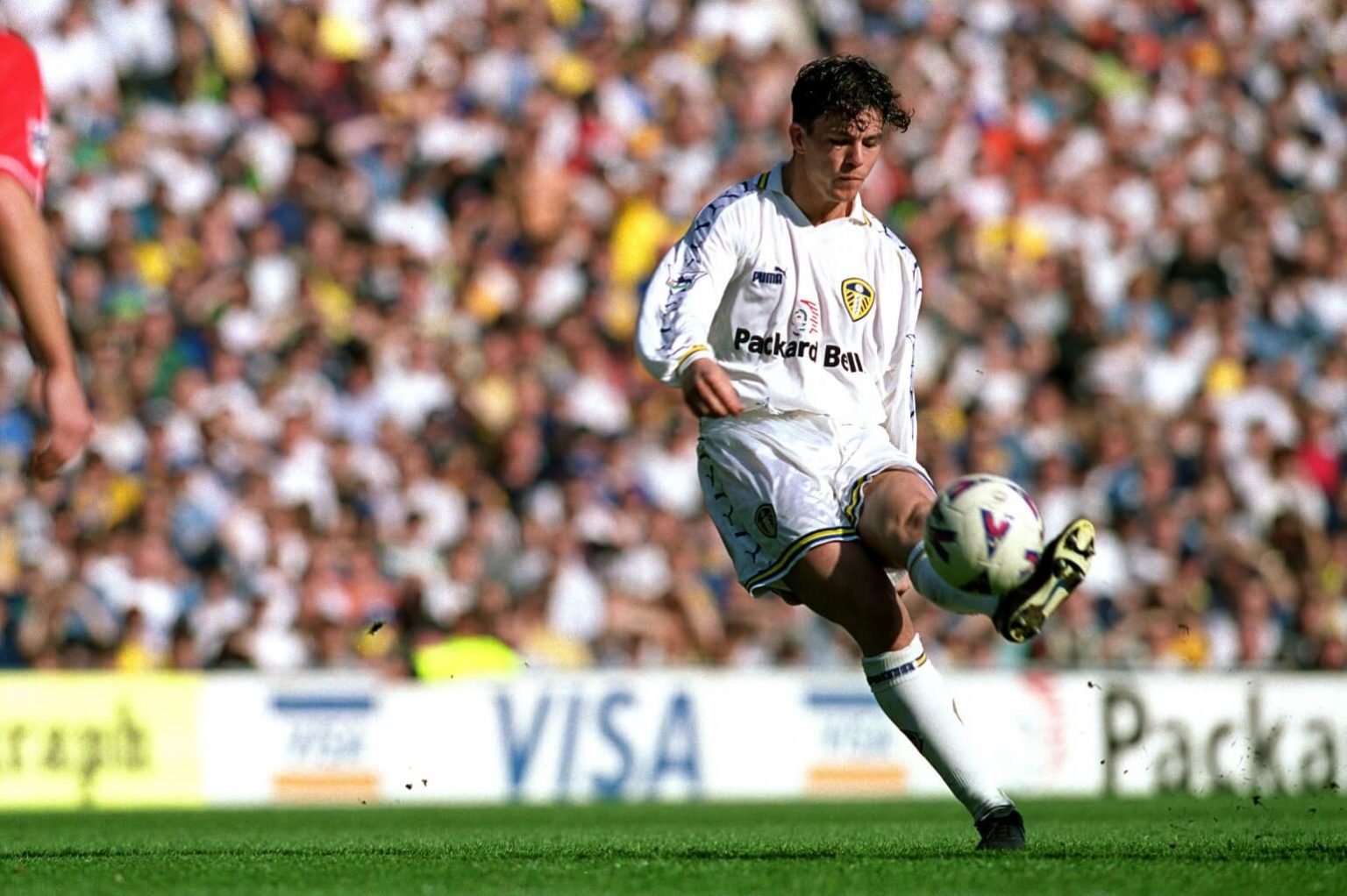 Ian Harte was known more for his scoring during his time at Elland Road, particularly from dead ball situations, but like his fellow compatriot (and full-back) Kelly, the Irishman didn’t need a second invitation to maraud into the opposition half. 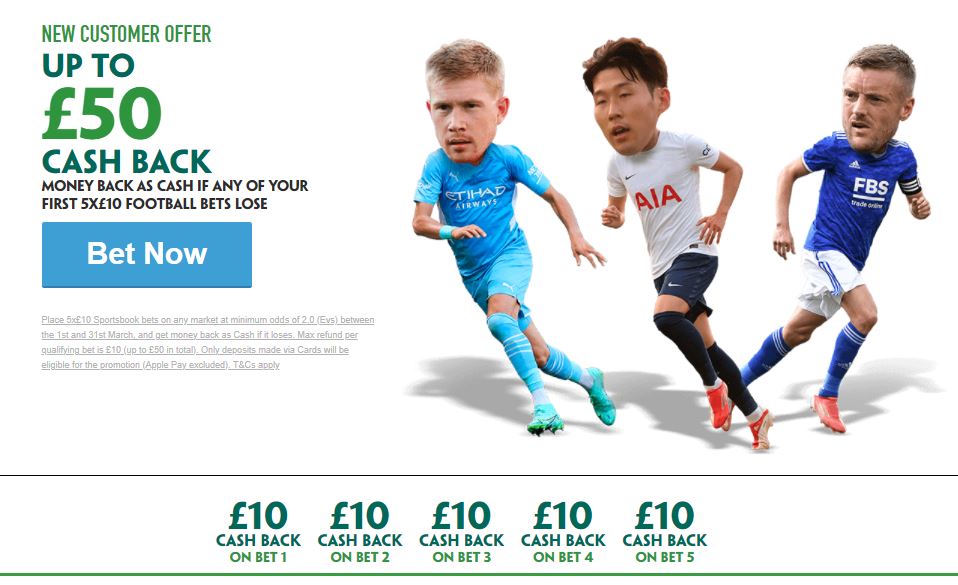 18+ only. New customer offer. Place a pre-match £10 bet on any Football market between 1st and 31st March, at min. odds 1/2 (1.5) — get a total of £50 in free bets, £30 on bet settlement and an additional £20 the following day. Your qualifying bet must settle by 23:59, 31st March. Only deposits via Cards will qualify (Apple Pay deposit excluded). T&Cs apply. Please Gamble Responsibly. 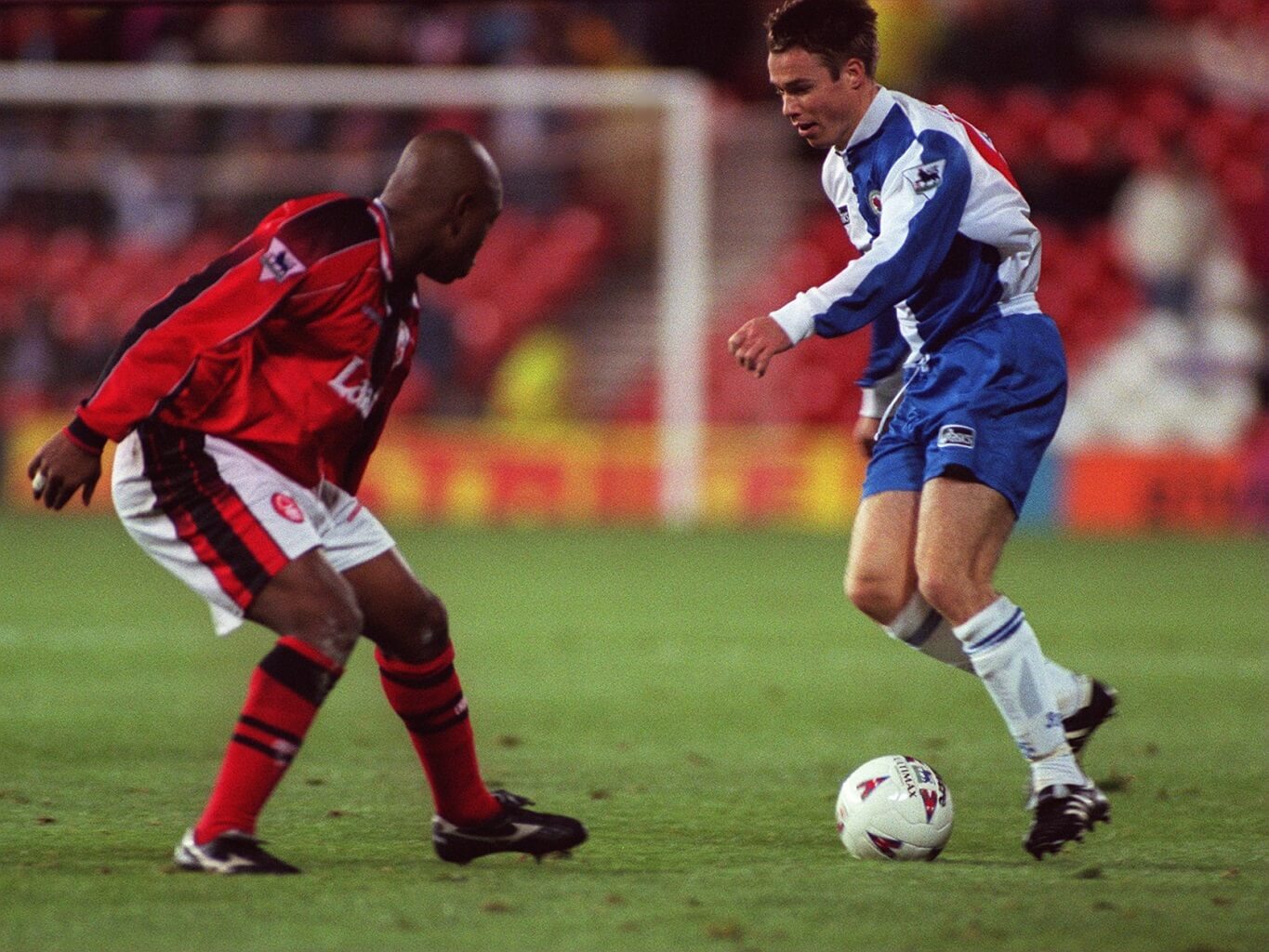 Graeme Le Saux was part of Blackburn’s Premier League-winning side under Kenny Dalglish, a stint that was sandwiched between spells at boyhood club Chelsea, during that run he’d collect 36 England caps with his only goal coming against Brazil. 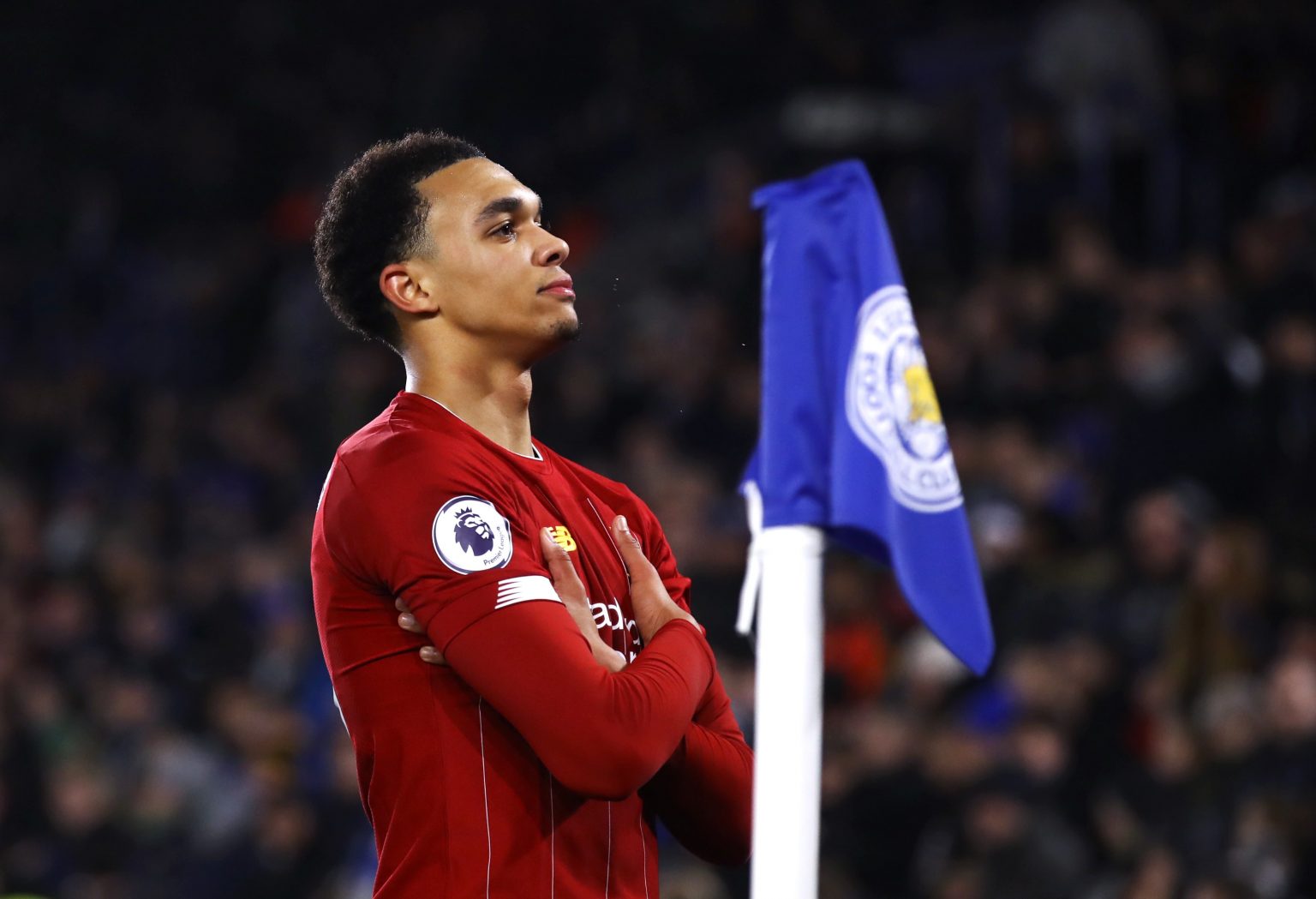 Widely regarded as world football’s premier right-back — a title he’s competing with Achraf Hakimi — the Liverpudlian has cemented his spot in Jurgen Klopp’s starting lineup and such is Trent Alexander-Arnold’s seamless ability to create there are some observers who believe he could end up playing in central midfield.

“The passing of [Alexander-Arnold] is just utterly sublime,” wrote Gary Lineker. “Will play a huge part in England’s progress over the next few years. He’s on another level and has to play.” 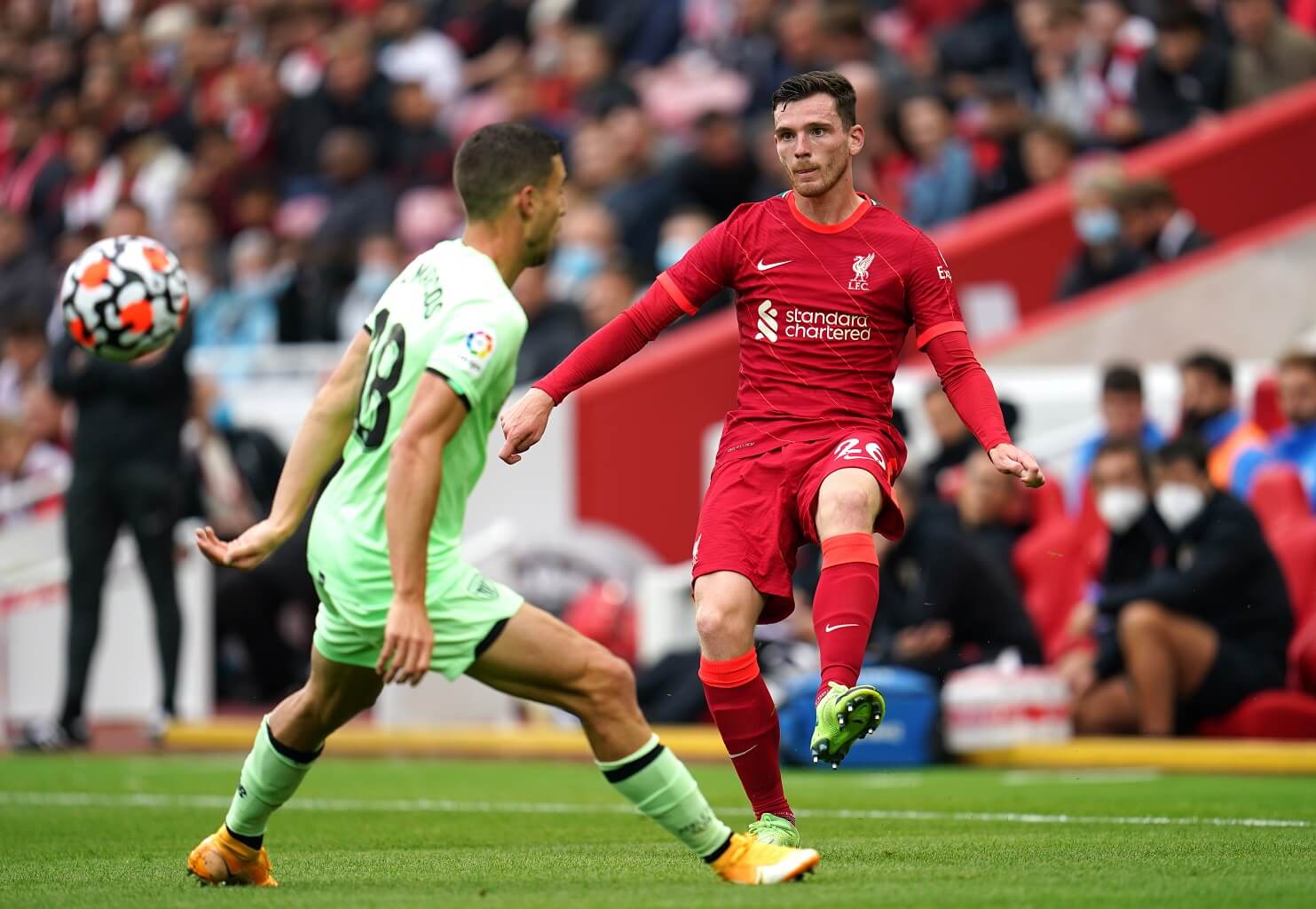 The other half of Liverpool’s irresistible full-back duo. Andrew Robertson briefly tasted Premier League action with Hull City before their 2018 demotion. His performance during that one season convinced the powers that be at Anfield and he’s not looked back since.

“He’s like the full package, as the defender and the attacker, that you wish for in the position. He’s a leader in the team and all this kind of stuff,” his manager Klopp enthused. 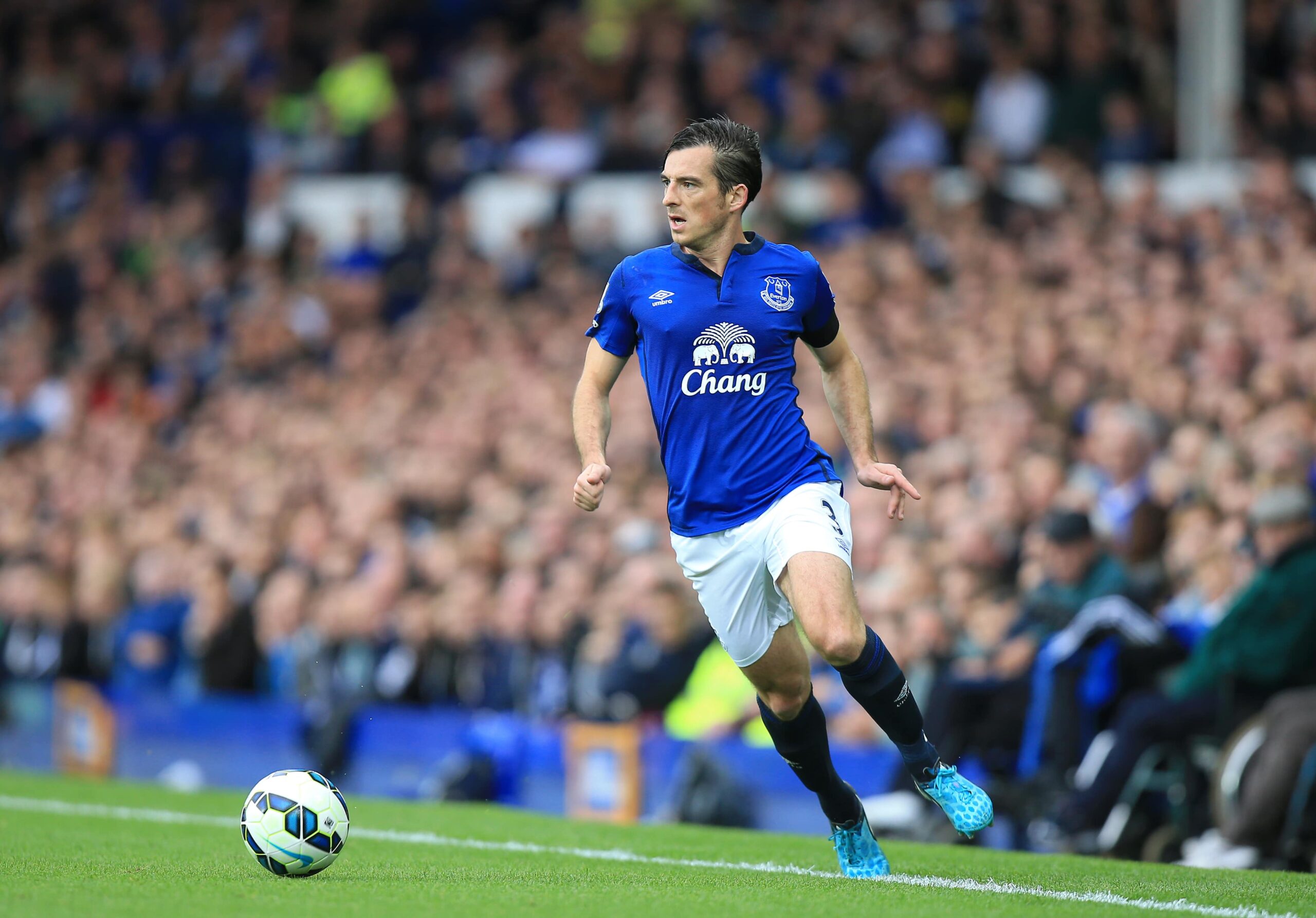 During the 2010/11 season Leighton Baines registered 11 assists, the most by a defender in a single Premier League campaign equalling former Toffee full-back Hinchcliffe (1994/95), that was until Alexander-Arnold burst onto the scene.

“I have only worked with him for six months, but he has had a fantastic career and I found him a fantastic player, still,” former Everton boss Carlo Ancelotti said following Baines’ decision to retire.